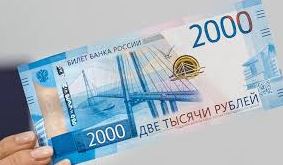 By Dr. Paul Craig Roberts and Michael Hudson:
Putin’s approval rating is high, but it has declined over the past year. The decline is mainly related to domestic policy.  Apparently, the public perceives recent Kremlin economic policy as a continuation of the disastrous policies that Washington imposed on Russia in the 1990s when Russia was loaded up with foreign debt while state assets were privatized and plundered by oligarchs sponsored by the West who “cashed out” by selling the assets to foreigners.
The approval rating of Putin and the government dropped  in response to the recent increases in the retirement age and value added tax. The former raised concerns about pension security and reminded Russians of the collapse of Soviet pensions.  The latter reduced consumer disposable income and lowered consumer demand and the economic growth rate.  These policies represent austerity imposed on the domestic population instead of on foreign creditors and reflect the neoliberal view that austerity leads to prosperity.
Russia is experiencing capital outflows due to the Russian private sector’s repayment of loans to Western creditors. Russia has experienced over $25 billion a year of capital outflows since the early 1990s, accumulating to over a trillion dollars. This money could have been invested in Russia itself to raise the productivity and living standards of its citizens. The outflow puts the ruble under pressure, and the interest payments draw money out of the country away from Russian uses.

Read more »
Posted by Angelo Agathangelou at 10:55 pm No comments:

Without Saying A Word, Jewish Terror Regime Gang Of Fingermen Beat Up Dying Blind Man In His Bed

Jewish Israeli Death Forces IDF break into a home in the middle of the night, severely beat a dying, blind, diabetic man on dialysis as his wife begs them to stop.

Munzer Mizhar at home in the West Bank town of Dawha, near Bethlehem. Credit: Alex Levac
By Gideon Levy and Alex Levac: He’s lying on the living room sofa, next to the gas stove, trying to warm his broken body. When we visited him this week, he had just returned from the hospital and was worn out from the dialysis treatment he has been undergoing three times a week for the 11 years since his kidneys stopped functioning, as a consequence of severe diabetes.
Before that, 15 years ago, he started to lose his sight, and for the past few years he has been completely blind. Also, over the course of the last six years, he has gradually had to have toes amputated, operation after operation. His face is sallow from the dialysis.
Physically shattered, he lies there, barely able to move. He needs help getting up; he’s incapable of doing anything on his own. Every few months, he travels to Jordan for the catheterization of the blood vessels in his legs, which are becoming blocked.
So yes, Munzer Mizhar, 47, is a very sick man. Still, last week, that didn’t stop Israeli soldiers from pummeling him mercilessly,
Read more »
Posted by Angelo Agathangelou at 8:20 pm No comments:

Caitlin Sums Up How Explanations Are Controlled

Johnny Versus The News Man 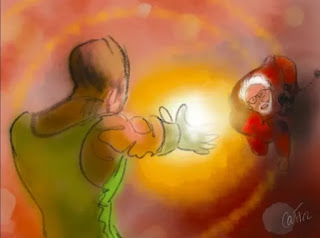 By Caitlin Johnstone: In the land of Freedomocracy there lived a boy named Johnny. Like all children, Johnny went to School, where he was taught to think the same thoughts grownups think by educators with desperate faces.
At School Johnny learned what thoughts to think about his country and the world, so that he would be able to understand the things the News Man on the Screen says. He learned that other countries are ruled by Evil Dictators who hate freedom and kill their people with poison gas for no reason, but in Freedomocracy the people rule themselves using votes. Every couple of years everyone goes to Voting Stations to try to elect the people who will do the things they want to happen, and whoever gets the most votes does the things they were elected to do. In Evil Dictatorships the only things that happen are the things the Evil Dictators want, but in Freedomocracy the only things that happen are the things that the people want.
Johnny learned and learned and grew and grew, and when he got as big as a grownup he was given a Diploma which said, “Johnny thinks all the right thoughts, and he doesn’t think any of the wrong thoughts.

Read more »
Posted by Angelo Agathangelou at 5:48 pm No comments:

By Peter Wright: The following is from the introduction to my new co-authored book (with Paul Elam) of collected writings on chivalry. The book includes updated versions of previously published essays, and two excellent contributions by Paul Elam including a newly transcribed article Death By Chivalry: Portland Edition. You can purchase the eBook here, and the paperback here, or simply click on the cover picture below. – PW.
FROM THE INTRODUCTION
The importance of chivalry is taught to little girls and boys from the start, outlining for them the various rules of male obligation that will guide sexual relations throughout their lifetimes; i.e., males are here to protect and provide.
The victories of legendary cinematic heroes whose brave deeds are rounded with applause and happily-ever-afters appears to seal the fate of chivalry as the future path of every man.
Those few who do pause to question chivalry’s values however – its rote expectation of male sacrifice, possibility of danger or injury, impacts on mental health, potential for exploitation and abuse, or the question of valid compensations for ongoing sacrifices

Read more »
Posted by Angelo Agathangelou at 12:45 pm No comments:

While the UK’s Tornado’s have been withdrawn, UK drones and Typhoons will continue to launch strikes. In the case of British Reaper drones, that’s approaching 12 years of continuously launching strikes... 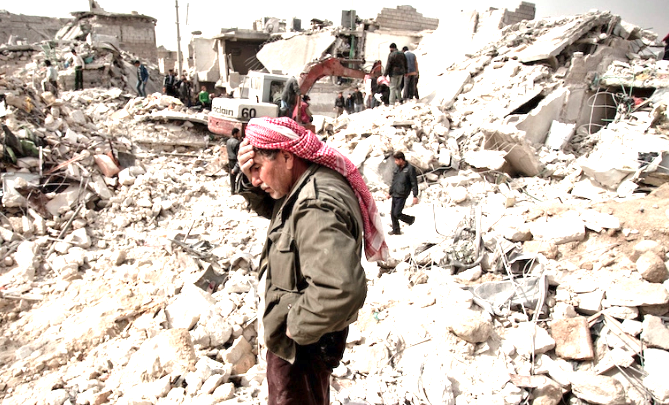 Back in 2016, The Guardian published a piece about The Chilcott Report and how Britain should be more careful over civilian deaths in the battlegrounds of the Mid-East. “Future British governments must make a greater effort to assess the number of civilians being killed and injured during their military operations, the Chilcot report says, after the Iraq war inquiry’s series of damning conclusions about the loss of life following the 2003 invasion.” Clearly, the government didn’t listen and the mainstream media do not think it important enough to report on today.
Interestingly, Sir John Chilcot believed as late as 2016 that about 150,000 Iraqis were killed during the invasion and subsequent instability. The figure was in fact well over one million. This much was known years earlier. Chilcott, covering for his friend Tony Blair did not read the mounting evidence – or more likely, just ignored it.

Read more »
Posted by Angelo Agathangelou at 9:25 am No comments:

The RAPE Kiss
Posted by Angelo Agathangelou at 6:29 am No comments:

For those who missed it...
If Americans Knew: Censored Al Jazeera documentary exposing the Jewish apartheid regime Israel lobby in the U.S. (All 4 parts, combined) The documentary was never broadcast by Al Jazeera due to pressure from some Jewish groups and individuals. It was eventually leaked to a few groups, which posted some short clips. On November 2nd the first two parts finally became available to the public.

Read more »
Posted by Angelo Agathangelou at 3:22 am No comments:

YouTube keeps censoring this film.
That tells you everything you need to know about
the anti-Christian moral rot in America.
By Stephen Engel: We've watched the entire film and highly recommend it. It is an eye-opener.
This blockbuster, 1 hour documentary, entitled 'Sodom', originally aired on Russian prime-time TV in May of 2015, causing a sensation in Russia at the time.
It has never appeared anywhere in English, until now, subtitled or dubbed. This translation is dubbed.


Read more »
Posted by Angelo Agathangelou at 12:32 am No comments: