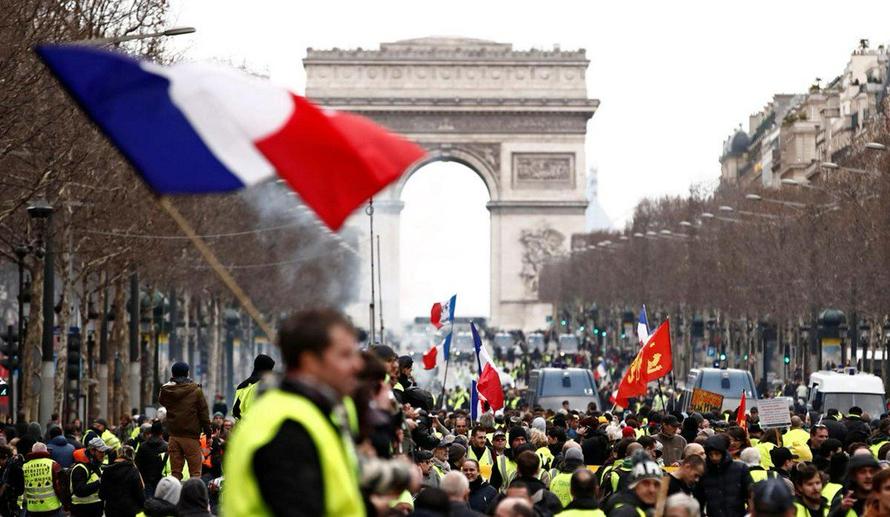 "We want to rebuild our democracy and change today’s political system,"
By Tyler Durden: As the Yellow Vest protests rage across France for the 16th straight week, shocking footage has emerged of police brutality. Apparently a Friday call for calm by President Emmanuel Macron doesn't apply to police.
In one clip, a French policeman appears to blast a wheelchair-bound man in the face with pepper spray.
In another video, reportedly captured with a mobile phone camera, a concussion can be heard - after which the camera shows a man on the ground who had been shot in the face as first responders rush to assist him.
French police have been firing 'non-lethal' 40mm rubber projectiles, which are supposed to be less harmful than rubber bullets. It is unclear what the man was hit with, or whether his injuries were life-threatening.
Approximately 39,000 Yellow Vest protesters turned out across France

Bearing
Posted by Angelo Agathangelou at 7:43 pm No comments: Links to this post

The Inglorious Poet
Posted by Angelo Agathangelou at 4:44 pm No comments: Links to this post

Shoe0nHead:
Probably not. What do you think?
Posted by Angelo Agathangelou at 2:35 pm No comments: Links to this post

A Response From The Australian Workplace Gender Equality Agency 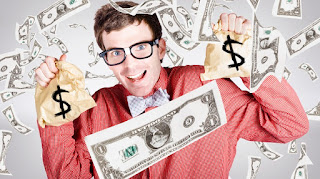 By Robert Brockway: The mainstream media and even governments often talk about a gender pay gap or gender wage gap and imply that this exists as a result of systematic discrimination against women. The reality though is that we have a gender earnings gap and the reasons are well established. Studies by governments and private researchers have shown time and time again that men and women make a variety of different choices when choosing what to study, in what field to work, and various factors concerning how they work. These choices lead to differences in earnings. The largest such study is probably the CONSAD report commissioned by the US Department of Labor. The CONSAD Report naturally pertains only to the US labour market but its results are broadly applicable outside of the US and also agree with research from other countries. In particular the CONSAD report noted:


There are observable differences in the attributes of men and women that account for most of the wage gap. Statistical analysis that includes those variables has produced results that collectively account for between 65.1 and 76.4 percent of a raw gender wage gap of 20.4 percent, and thereby leave an adjusted gender wage gap that is between 4.8 and 7.1 percent.

Read more »
Posted by Angelo Agathangelou at 11:27 am No comments: Links to this post

Max and Stacy discuss how US workers stopped being compensated for their increased productivity only once the US went off the gold standard and there was no longer any honest way to gauge value. In the second half, Max interviews Richard Field, Author of Transparency Games: How Banksters Rig the World of Finance, about Deutsche Bank’s black box of derivatives.
Posted by Angelo Agathangelou at 9:37 am No comments: Links to this post

Metzitzah b'Peh [paying a Jewish paedophile witch doctor to Rip off over 60% of the highest concentrations of pleasure sensors from a baby boys penis and then to rape him as baby screams in agony, as a perverted form of male sexual control] is believed by Jews to be a commandment from God. 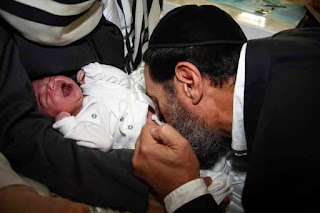 By Simon Feil: The conversation around legislating or limiting the practice of metzitzah b’peh, the oral suction by the mohel on a circumcision wound, has largely framed the issue as one of religious freedom, as secular government trying to unreasonably, and perhaps even unconstitutionally, proscribe protected religious ritual: the Department of Health vs. charedi and other Orthodox groups; the government against Judaism.
Warning: Any form of MGM male ritual genital mutilation is well known and documented to statistically quadruple the instances of impotence. Recent studies indicate an increase of instances of autism and other violent mental disorders by well over 100%.
Read more »
Posted by Angelo Agathangelou at 7:13 am No comments: Links to this post

"Stalin had three wives, all of them Jewesses
... Svetlana Stalin had a total of four husbands,
three of them Jewish. Various authorities allege that
(Lenin's) wife, Nadezhda Krupskaya was a Jewess
and that her family spoke Yiddish in the home."
Heretical: Amongst themselves, the Jews are quite candid about their sympathy for and involvement in Bolshevism.
On 4 April 1919 the Jewish Chronicle: “There is much in the fact of Bolshevism itself, in the fact that so many Jews are Bolshevists, in the fact that the ideals of Bolshevism at many points are consonant with the finest ideals of Judaism.”  (Perhaps this explains why the Red Army uses a Jewish star as its symbol?)

Probably the best-known exposé of the Jewish role in the Bolshevik coup d’état was by Sir Winston Churchill, writing in the Illustrated Sunday Herald of 8 February 1920. Churchill wrote “With the notable exception of Lenin, the majority of leading figures are Jews. Moreover the principal inspiration and the driving power comes from Jewish leaders.”