'Israel even avoided a listing in 2015 following its 50-day attack on Gaza the previous year, which left more than 500 Palestinian children dead. ...Nearly all of those killed by the snipers – 154 out of 183 – were unarmed. Some 35 Palestinian children were among the dead, and of the 6,000 wounded more than 900 were minors.' 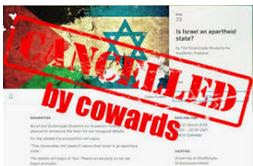 By Jonathan Cook: The United Nations postponed last week for the third time the publication of a blacklist of Israeli and international firms that profit directly from Israel’s illegal settlements in the occupied territories.


The international body had come under enormous pressure to keep the database under wraps after lobbying behind the scenes from Israel, the United States and many of the 200-plus companies that were about to be named.


UN officials have suggested they may go public with the list in a few months.

Farting, Equality And Hierarchy: Analysis Of “Fart To Your Beard”

By Author Douglas Galbi: Farting is a natural bodily function. Women, who are fully human beings, fart as well as men do. All persons are created equal in farting, just as they are created equal in defecation. Nonetheless, human societies inevitably construct hierarchies. The problem isn’t just the formal servitude of persons such as Roland the Farter. Hierarchy shapes even human understanding and use of farting.


raising his right leg, he let forth a mighty fart, saying at the same time that this was the way he was accustomed to make wind for himself.
{ suspenso dextro crure, pergrandem ventris crepitum edidit, eo pacto se ventulum facere solitum dicens. }

Read more »
Posted by Angelo Agathangelou at 8:19 pm No comments: Links to this post

Scomo Has Moment Of Clarity On IWD - Outrage Ensues

Independent Man: Prime Minister Scott Morrison had a rare moment of clarity on International Women's Day, however his comments caused outrage among the offenderatti.
Posted by Angelo Agathangelou at 5:14 pm No comments: Links to this post

Max and Stacy discuss the post-Brexit reality: chlorinated chicken for all! As the UK braces for hormone laden beef and chlorinated chicken products, Max and Stacy wonder if this isn’t a good metaphor for the monetary system which has been injected with the growth hormone of Quantitative Easing that the Fed’s balance sheet is as massive as a franken-chicken is today. In the second half, Max interviews Mish Shedlock of MishTalk.com about the latest economic data out of America and whether or not the lofty stock market valuations are warranted.
Posted by Angelo Agathangelou at 1:50 pm No comments: Links to this post

Going Underground: Former President of Iran Mahmoud Ahmadinejad about the current state of the Iranian Nuclear Deal after the US’ withdrawal, the relation between capitalism and oppression, Western involvement in the ongoing war in Yemen, and his distinction between Judaism and Zionism!

Posted by Angelo Agathangelou at 6:45 am No comments: Links to this post

Russia Is Also Afflicted With Feminazis

Feminists ‘bury’ naked man with cut off ‘organ,’
protesting customary Women’s Day flowers
The Pernicious Effect of Western “Civilization”
Is Also Destroying Russia
RT: The practice of giving flowers on Women's Day in Russia led to a confrontation with pepper spray at a feminist cafe, sparked heated debates, and a macabre organ-severing performance.
A group of men armed with bouquets of tulips entered the Simona café in St. Petersburg – an establishment that prides itself on being male-free for most of the day and serves as headquarters for local feminists a day before the public holiday on March 8.


Read more »
Posted by Angelo Agathangelou at 12:38 am No comments: Links to this post