ManWomanMyth: “Truth, Lies And The War On Men” - The Complete Video Collection 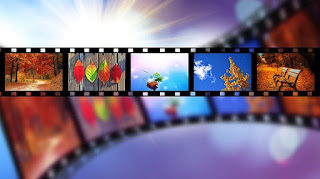 “Game, Set, and Snatch”.
By Mike Buchanan: ManWomanMyth (MWM) was a highly influential British vlogger who published well over 100 videos on his YouTube channel during the 10+ years leading up to 2015, when the channel was taken down. MWM is no longer active, sadly, but we know he’s pleased his work remains valued by MRAs worldwide. Fortunately some MRAs had taken copies of the content before the channel was taken down, which is why they remain available on YouTube and elsewhere to this day.
Individual “mirrors” usually contain some videos which have been pulled for alleged copyright infringements, and none of them have contained all of the output of MWM. The most comprehensive developed to date is (we believe) this, but it excludes five important videos on “misandry and intimacy”. The original posted videos attracted huge numbers of views, the re-posted videos fewer. They deserve many more.
We recently set ourselves the task of putting into a new J4MB playlist all the known output of MWM, and that playlist (114 videos) is here.

Dr. Steve Turley: Here's why they don't realize that the more they slander us, the more we GROW!
Posted by Angelo Agathangelou at 7:07 pm No comments: Links to this post

Nigel Farage: The Betrayal Of Brexit And What To Do About It

spiked: Nigel Farage joins Brendan O’Neill to discuss democracy, the political class and his new Brexit Party.
Posted by Angelo Agathangelou at 3:32 pm No comments: Links to this post

If Americans Knew:
This UN video interviews two Semitic Palestinian teenagers shot by anti-Semitic Jewish Zionist snipers while the children were peacefully protesting the recent 11 year blockade, periodic high tech and napalm white phosphorus areal bombardments and other daily harassment, destruction and murders that Jewish Israel regime has imposed on their creation, the Gaza concentration camp where they have imprisoned millions for many decades, worse than we are told Hitler did.

Read more »
Posted by Angelo Agathangelou at 10:52 am No comments: Links to this post

ICMI’19 (International Conference Men's Issues) Chicago, USA Is Going To Be A Humdinger. Please Help Us Document It. 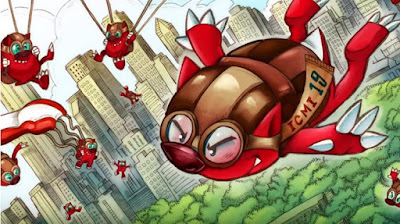 By Paul Elam: Folks, every year since the second ICMI Anthony Corniche has traveled the planet (largely at his own expense) to take and produce professional quality videos of the speeches so that we can freely distribute them to the world. In that respect, his work has been invaluable. Not everyone can make an ICMI, but thanks to Anthony everyone can enjoy the talks.
Please follow the link below and toss in something to help him out with this important work. You can get your name in the credits. ICMI’19 in Chicago this August is turning out to be a veritable who’s who of free speech advocates. We are looking forward to sharing what they have to say with the rest of the world.

SN: The former swimmer stressed she was not transphobic but argued that transgender athletes had an unfair advantage. Her views have been criticised by transgender groups who say she is in fact a transphobe and her views amount to 'hate speech'.
Posted by Angelo Agathangelou at 12:41 am No comments: Links to this post