"The criminalization of political speech and activism against Israel has become one of the gravest threats to free speech in the west.”
Glenn Greenwald 19.7.2017
A Statement by Gilad Atzmon: 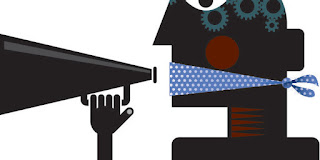 Together with veteran Pink Floyd star Roger Waters and many other artists and thinkers worldwide, I am being subjected to an international smear campaign, orchestrated and promoted by various Zionist institutions that attempt to silence every form of legitimate dissent of Zionism and Israeli politics.
Local councils, clubs and festivals that promote my music or my thoughts around the world are being subjected to a barrage of emails sent in a clear and malicious attempt to slander me. In these emails I am called an ‘anti-Semite’, ‘bigot’, ‘racist’, ‘Holocaust denier’, and so on.
Obviously, there is no truth in any of this.  As a writer I have indeed criticised Israel and other manifestations of Jewish political exceptionalism, I critically analysed Zionism, Jewish politics, ideology and identity politics in general.

Read more »
Posted by Angelo Agathangelou at 3:22 pm No comments:

Max and Stacy discuss the private equity friend of Bono who was caught up in a university bribery scandal. The two ran the ‘impact investing’ side of the fund with the theory that the wealthiest are the best suited to save the poor. However, it turns out that the very same impact investor was pulling up the ladder upon which those very same poor may have climbed out of poverty on their own merits. In the second half, Max continues his interview with Karl Denninger of Market-Ticker.org about MMT, AOC, what the millennials want, and what Paul Manafort’s charges in New York State suggest.
Posted by Angelo Agathangelou at 12:13 pm

Speed Dating Event Cancelled Due To MGTOW + Man up? No. How About Man Out

MGTOW Men Going Their Own Way
RPW: MGTOW cancelled this event! Lack of men forced them to cancel.

Read more »
Posted by Angelo Agathangelou at 10:29 am No comments:

"Why does she need makeup to save the universe?"
Said Computing Forever.
Read more »
Posted by Angelo Agathangelou at 6:03 am No comments:

Feminist Clitoral Propaganda And The Politics Of Bonking

This week I have made a video about The Politics of Bonking. It’s all a bit of fun but also raises some serious issues about how feminism is distorting research into the most intimate aspects of our lives.
To explain a little more. We’re living through an era of what Germaine Greer called “veritable clitoromania” where feminists for decades have been promoting the idea that the clitoris is the gold standard of women’s sexual response and the vagina is dead in the water. According to many feminists, women who climax easily during bonking are simply a figment of men’s pornographic imagination. The joys of bonking have been redefined as masculine self-indulgence – men exercising patriarchal power over miserable, clitorally-deprived women.

Who's Really Responsible For The Christchurch Terrorist Attack On A Mosque?

Syrian Girl: Also interesting and perhaps a matter for another video. The shooter visited Israel (along with many other countries). And there was a drill running at the same time of the attack.

Read more »
Posted by Angelo Agathangelou at 12:34 am No comments: