You Can't Make This Shit Up - Pussy Pass Edition

Men Are Good!
Read more »
Posted by Angelo Agathangelou at 10:27 pm No comments: Links to this post

The Mathematical Basis Of The Catastrophic Nature Of Identity Politics

'The remarkable thing about my mathematical analysis is that it shows the adoption of an identity political stance necessarily leads to catastrophe.' 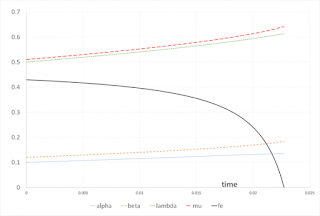 Illustrating tribal extinction (black curve) when mistrust is allowed to evolve (other curves)
By MRA-UK: This is something I observed nearly two years ago now. I didn’t quite believe it. There is a familiar phenomenon in algebraic work. You may have checked it three times but still feel there is something wrong. The best course of action in these cases is to leave the thing alone for several months and then come back to it having largely forgotten the details. It is amazing how often an error which was previously invisible can become glaringly obvious later. I followed this time-honoured approach. But the result remained stubbornly unchanged, no blunder was discovered. I now believe it to be correct and my account, complete with mathematical details, is here.
Of what do I regale you?
I speak of identity politics, of which feminism is the prime example and prototype.

Goodbye To The Internet: Interference By Governments Is Already Here

In the wake of the New Zealand massacre and other serious incidents, some are calling for more policing of the internet. Philip Giraldi argues that US media is already over-regulated, and the bodies that oversee the regulating (for example the US Congress, the Israeli government, and ADL) can not be trusted to have our interests at heart.

The annual Transparency Report reveals that government requests to remove information from Google have increased enormously, with the Israeli and the United States governments “leading the pack.”


By Phllip Giraldi: There is a saying attributed to the French banker Nathan Rothschild that “Give me control of a nation’s money and I care not who makes its laws.” Conservative opinion in the United States has long suspected that Rothschild was right and there have been frequent calls to audit the Federal Reserve Bank based on the presumption that it has not always acted in support of the actual interests of the American people.
Read more »
Posted by Angelo Agathangelou at 6:47 pm No comments: Links to this post

On March 19th, with no advance warning, the Jewish colonialist apartheid regime evacuated a Semitic Palestinian school in Shaufat, Occupied East Jerusalem, then demolished it. The school’s principal reports that no official reason has been given.
Telesur: A Palestinian-owned school building that was under construction, in the Shuafat refugee camp, in occupied East Jerusalem was demolished by Israeli forces’ bulldozers Tuesday. 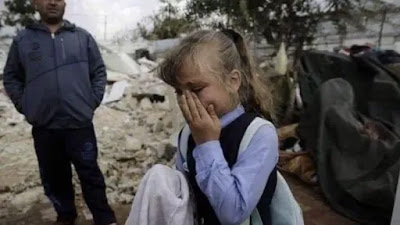 Eyewitnesses recount dozens of Israeli occupation forces escorting the bulldozers into the refugee camp, while others closed off traffic at the checkpoint near the school.
The Israeli forces then, reportedly, surrounded the al-Razi School from rooftops of nearby buildings while students and faculty were evacuated prior to the demolition. According to multiple witnesses, there were drones observed flying above the two-story school building and rubber-coated steel bullets fired on locals in the camp.

Read more »
Posted by Angelo Agathangelou at 12:24 pm No comments: Links to this post