By Dick Callahan:
Part 1 of a 12 part series examining the ecological impacts of the Jewish Israel regime’s illegal occupation of Palestine.
How Israel’s water and agricultural technologies don’t even work for Israel
“California I hear has a big water problem. We in Israel don’t have a water problem. We use technology to solve it…” Israeli Prime Minister Benjamin Netanyahu to California Governor Jerry Brown in March 2014.
“If you were planning to grow a new strain of tomato—don’t do it, because there is no water. Stop planting. Stop sowing new seedlings. There’s no water.” Giora Shacham, Chairman of the Israeli Water Authority, to Jewish farmers at a December, 27, 2017 Israeli agriculture conference.
Introduction
A new mythology has it that Israel can save American agriculture and cities from drought. To accept this is to ignore the wilderness instructor’s maxim: 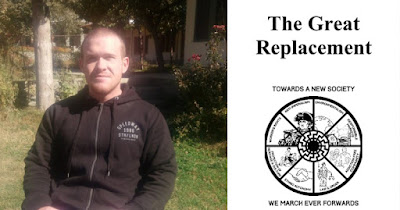 PCR: Readers have asked me about what is called the New Zealand shooting, especially why the alleged shooter’s manifesto has been banned by the New Zealand government.  Apparently, it is a felony in New Zealand to have a copy.
I do not know anything about the shooting or whether it is real or fake or its motive, real or fake.
An URL to the alleged manifesto has been brought to my attention.  I have not and cannot verify if this is or is not the manifesto.  It appears to be a very long document that takes time to load.
All I can do is to make the URL available.  I expect it will be soon taken down as the policy is to scrub it from the Internet.
http://web.archive.org/web/20190315085158/https:/www.documentcloud.org/documents/5770516-The-Great-Replacement-New-Zealand-Shooter.html

Posted by Angelo Agathangelou at 7:05 pm No comments:

The Brink - A Film Review By Eve Mykytyn

'If those who call themselves progressives want to sustain relevance, sooner or later they will have to engage in a proper intellectual exchange as name calling, misquoting and crude editing tactics do not do justice
to social justice.' 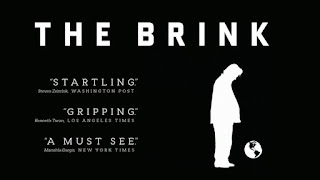 Introduction by GA: Steve Bannon is probably the most unpopular character as far as progressives and liberals are concerned. People who like to see themselves at the Left side of the political spectrum  regard Bannon as a vile hateful character as well as a rabid antisemite. Yet, symptomatically or even tragically, those who detest Bannon shy away from tackling his populist mantra. This is rather concerning considering the fact that Bannon has proven to be a shrewd political tactician and even a kingmaker. It is probably Bannon who carries the prime responsibility for Trump’s successful presidential campaign. Those who are fearful of Bannon revert to name-calling: they slalom in between his ideas with the hope that no one notices.

Max and Stacy discuss the money supply increasing at the same pace as the S&P 500 stock market rally. Could they have anything to do with each other? Hmmmm. We wonder. They also discuss the rapidly increasing rents causing voters to demand action from candidates when, perhaps, the only problem is the central banks printing money for their member banks. In the second half, Max interviews Steve Beauregard of Bloq about building in a bitcoin bear market.
Posted by Angelo Agathangelou at 12:20 pm No comments:

'You want flagrant foreign collusion with high officials in U.S. government?  Open your eyes.  And your mind..' 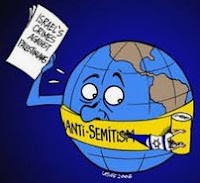 By Paul Edwards: With the Putin/Russia Collusion Fairytale debunked, the undeniable cancer of real foreign interference in our government demands an honest airing.
Since American politics is mortally corrupt, one might wonder why bother to expose one prime cause of its ethical degeneracy.  If the beast is dead, what use is determining what killed it?  Well, it isn’t quite dead and we have to live with it.  If the public knew one country has done more to subvert our government than all others combined it might raise enough hell to stop it.
In terms of influence, there can be no serious denial that Israel exerts by far the most powerful suasion of any foreign power on America.

Read more »
Posted by Angelo Agathangelou at 7:21 am No comments:

thejuicemedia: The Australien Government has made an ad about wages and the economy, and it's surprisingly honest and informative!
Posted by Angelo Agathangelou at 4:18 am No comments:

As Free Speech Is Criminalized All Over Europe, One Must Ask Whether The Free World Any Longer Exists 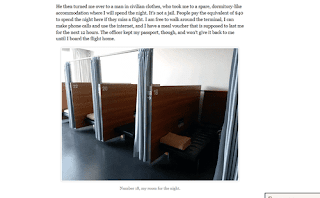 By James Kirkpatrick: “The lamps are going out all over Europe, we shall not see them lit again in our lifetime,” commented British Foreign Secretary Sir Edward Grey on the eve of his country’s entry in World War I. Something similar came to mind when I heard that American Renaissance Editor Jared Taylor has been banned from Europe until 2021.
Taylor was scheduled to speak at the Scandza Forum in Stockholm, a conference that was, in a bitter irony, set to focus on Anarcho-Tyranny. On trying to change planes in Switzerland, he was informed that he was banned from Europe’s Schengen Zone at the request of the supposedly conservative government of Poland.

Read more »
Posted by Angelo Agathangelou at 12:54 am No comments: