Can You Get Rid Of Them?

'THE JEWISH LOBBY'S agenda is simply another name for fifth column treason and control of government from within on behalf of a foreign state.' Ex-Jew Nathanael.
Posted by Angelo Agathangelou at 10:16 pm No comments: Links to this post

Washington transformed NATO from a purely defensive bloc into a “threat to international peace.” - “The biggest problem with NATO is the fact that it completely broke away from the UN Charter… and deliberately destroyed its international legitimacy by launching a war against Yugoslavia” and by opening “a new front against Russia.” - NATO chief Jens Stoltenberg is a shill for armaments corporations. 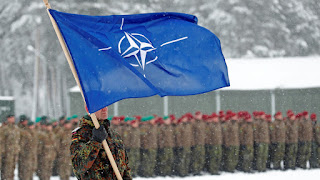 RT: NATO broke away from international law and risks "collapse" or a conflict that will "destroy Europe," if it does not change its modus operandi, Willy Wimmer, the former vice president of the OSCE Parliamentary Assembly, told RT.
As the US-led military alliance marked its 70th anniversary on Thursday, NATO chief Jens Stoltenberg stated that the bloc remains essential for global security. "We stand together, fight together, and, sometimes, die together," he said in a speech in Washington.
Stoltenberg, however, is not striking a chord with the people NATO claims to be protecting, Wimmer believes. The veteran German politician explained to RT Deutsch that "it is not the message that Germans, the Europeans and even the Americans want to hear."

'The meeting constituted the most powerful gathering of people dedicated to promoting the interests of a foreign nation ever witnessed in any country in the history of the world.' 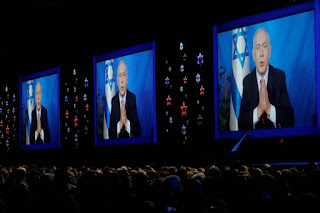 By Philip Giraldi: The American Israel Public Affairs Committee (AIPAC) has just completed its annual summit in Washington. It claims that 18,000 supporters attended the event, which concluded with a day of lobbying Congress by the attendees. Numerous American politicians addressed the gathering and it is completely reasonable to observe that the meeting constituted the most powerful gathering of people dedicated to promoting the interests of a foreign nation ever witnessed in any country in the history of the world.
There are a number of things that one should understand about the Jewish state of Israel and its powerful American domestic lobby.

Read more »
Posted by Angelo Agathangelou at 5:14 pm No comments: Links to this post

Regarding Men: The Malevolent VAWA

Men Are Good!: Paul, Janice and Tom discuss the many reasons that VAWA should not be re-authorized.

“Today the Golden People of California have elected to adopt Israel’s water model. Now, in order for this thing to work, half of you will get 15 percent of your water. We Golden People will get 85 percent of your water, plus we get our own water, plus we’ll attack every state around us so we can take their water. Thank-you and have a great day.”Jerry Brown, Governor of California—has never said this.
“Is it possible today to concede control of the [West Bank Mountain] [A]quifer, which supplies a third of our water?… You know, it’s not by accident that the settlements are located where they are.” Former Israeli Prime Minister Ariel Sharon is quoted as saying this in response to a question about whether removing Jewish colonies from the West Bank would ever be possible.
Read more »
Posted by Angelo Agathangelou at 12:13 pm No comments: Links to this post

Jimmy Dore
Posted by Angelo Agathangelou at 9:21 am No comments: Links to this post

"It Belongs To The People, Not The Bankers" - Italy Moves To Seize Gold From Central Banksters 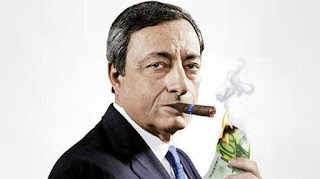 
“The ECB shall approve both the operations in foreign reserve assets remaining with the NCBs (national central banks)...and Member States’ transactions with their foreign exchange working balances above a certain threshold,”
“The purpose of this competence is to ensure consistency with the exchange rate and monetary policy of the Union.”

Specifically, Draghi made this statement to two Italian members of the European Parliament.
At the time it did not seem notable for any reason other than its peculiar timing, but now things are starting to make more sense as The Wall Street Journal reports that Italy’s ruling populists pushed ahead this week with efforts to seize control of the central bank and its gold reserves.

By Tyler Durden: Thanks to the overprescription of antimicrobial drugs and use of antifungicides in crop production, a relatively new germ that preys on people with weakened immune systems is rapidly spreading across the globe, according to the New York Times.
A projection of the C. auris fungus on a microscope slide.CreditMelissa Golden for The New York Times
The infection - a fungus known as Candida auris, kills almost half of all patients who contract it within 90 days, according to the CDC - as it's impervious to most major antifungal medications. First described in 2009 after a 70-year-old Japanese woman showed up at a Tokyo hospital with C. auris in her ear canal, the aggressive yeast infection has spread across Asia and Europe - arriving in the US by 2016.


The earliest known case in the United States involved a woman who arrived at a New York hospital on May 6, 2013, seeking care for respiratory failure.