If Americans Knew: Excerpt from a speech by former Republican Congressman Paul N. “Pete” McCloskey, Jr. on "Israel, the Anti Defamation League and Free Speech." McCloskey has had a long history of service to the United States: as a U.S. Marine, an environmentalist, and an opponent to unnecessary wars. McCloskey was born and raised in California, graduating from Stanford University. During Korean War service with the Marine Corps, he earned the Navy Cross, the Silver Star and two Purple Hearts. From 1967 to 1983 he served as a U.S. congressman. He was co-chairman of the First Earth Day, 1970. He was an early opponent of American involvement in the Vietnam War, and the first Republican in Congress to call for the impeachment of President Nixon. In 1972 he was an unsuccessful candidate for the Republican party presidential nomination. 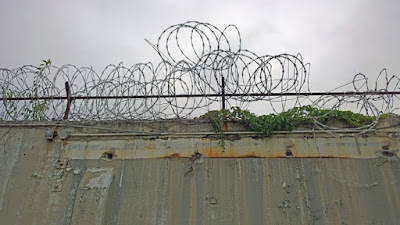 By Laurent Guyénot: “What’s a neocon?” clueless George W. Bush once asked his father in 2003. “Do you want names, or a description?” answered Bush 41. “Description.” “Well,” said 41, “I’ll give it to you in one word: Israel.” True or not, that exchange quoted by Andrew Cockburn[1] sums it up: the neoconservatives are crypto-Israelis. Their true loyalty goes to Israel — Israel as defined by their mentor Leo Strauss in his 1962 lecture “Why We Remain Jews,” that is, including an indispensable Diaspora.[2]
In his volume Cultural Insurrections, Kevin MacDonald has accurately described neoconservatism as “a complex interlocking professional and family network centered around Jewish publicists and organizers flexibly deployed to recruit the sympathies of both Jews and non-Jews in harnessing the wealth and power of the United States in the service of Israel.”[3] The proof of the neocons’ crypto-Israelism is their U.S. foreign policy:
“The confluence of their interests as Jews in promoting the policies of the Israeli right wing and their construction of American interests allows them to submerge or even deny the relevance of their Jewish identity while posing as American patriots.

Read more »
Posted by Angelo Agathangelou at 11:35 pm No comments: Links to this post

America Is No Longer A Nation

'In America today, the way to get ahead is to claim victim-hood. Jews are experts at this, and blacks, women, and illegal immigrants have learned the same trick, ...which seems to have developed out of women’s studies or feminist studies. ...Words hurt, but not bombs.'

By Dr. Paul Craig Roberts: The America in which I grew up and lived my early adult life was a nation. Over the course of my life I have watched my country turn into a Tower of Babel. Homogeneity and shared values permitted us to understand one another. This doesn’t mean that there was uniformity or that things were perfect. A Baptist wasn’t a Catholic. A WASP was not a black laborer. A female was not a male. Blacks and poor whites had a hard time becoming middle class, but it could be done. It was possible for middle class people to become “well off,” but difficult to become rich. Immigration was controlled, and the reduction of inflows had helped the Irish and Italians to integrate into society.
Police were helpful and didn’t burst into homes with guns blazing or rough you up on traffic stops. On important issues, compromises could be reached and reforms implemented. English was the language. If you telephoned a service provider, utility, or bank, you quickly were connected to a real person capable of handling every aspect of whatever you were calling about. Today you wait through the Spanish language option for the robo-voice listing the options that might have something to do with the reason for your call. The companies save money and make profits by imposing their service costs on customers. 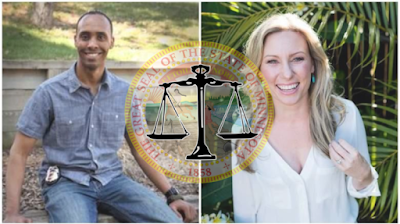 By Jewel Eldora: In November 2015, after watching the media reports of the 4th Precinct Takeover, I predicted that Minneapolis Police would end up killing a white woman. It would be a white woman blissfully ignorant of Minnesota law, infected by an extremely contagious bias, which started in St. Paul and then spread throughout the world.
I’d been observing this bias for years, and had been planning on writing about how it’s exploited, and how it spreads, for several years.
In 2017, two weeks after Officer Jeronimo Yanez was acquitted of killing Philando Castille, I began to write a five-part weekly series about this bias. The week of the last article, Justine Ruszczyk Damond was shot dead by officer Mohamed Mohamed Noor.
If Noor receives a fair trial in the State of Minnesota, he will be a free man next month.  Noor, the first Somali Officer in Minneapolis, has now become the first police officer in Minnesota history to be charged with murder.

There’s Something Rotten in Virginia: Jewish Israel Regime
Is a Malignant Force in Local Politics

By Philip Giraldi: One of the more interesting aspects of the relentless march of the Israel Lobby in the United States is the extent to which it has expanded its reach down into the state and even local level. Previously, the American Israel Public Affairs Committee (AIPAC) and the hundreds of other Jewish and Christian Zionist organization dedicated to promoting Israeli interests had concentrated on the federal government level and the media, believing correctly that those were the key players in benefiting Israel while also making sure that its public image was highly favorable. The media was the easy part as American Jews were already well placed in the industry and inclined to be helpful. It also turned out that many Congressmen and the political parties themselves had their hands out and were just waiting to be bought, so “Mission Accomplished” turned out to be a lot easier than had been anticipated. But amidst all the success, the Israeli government and its diaspora supporters discovered that it was receiving a lot of unwelcome publicity from an essentially grassroots movement that went by the label “Boycott, Divest and Sanctions” or BDS. 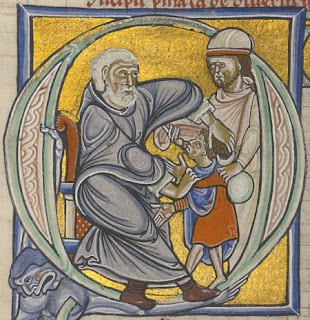 By Author Douglas Galbi: With cuckolding of men institutionalized in paternity law, many men today passively accept being cuckolded. What is a man to do? Medieval literature describes pathetically stupid cuckolds. Yet even vigorous and shrewd men during the relatively enlightened medieval period had difficulty resisting cuckolding.
In France in the 1130s, the great philosopher Peter Abelard counseled his son Astralabe about the complexities of cuckolding. A husband guarding his wife cannot overturn the ontology of chastity and sinfulness:


Avoid guarding an unchaste woman, and similarly for a chaste one;
surely for the latter that isn’t needed, and it isn’t possible for the former.

Read more »
Posted by Angelo Agathangelou at 3:49 am No comments: Links to this post

Why NATO's Official Purpose Makes No Sense, but It Is Likely To Outlive Us All

Authored by Tim Kirby: This year marks the 70th anniversary of the founding of NATO, but the question is, is this a happy birthday for a lively meaningful organization or time for us to pull the plug on a Cold War dreg that has lived well past its purpose? 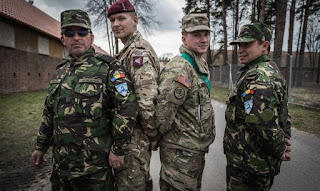 After WWII it was inevitable that there would be a conflict between the Liberal Capitalist world and the growing Red Communist one. Perhaps if the Soviet Union would have resigned itself to being the only Communist nation rejecting any form of proselytization and rebranding itself as some kind of Democracy B as a mild alternative to the West’s Democracy A then the Cold War could have been avoided.
But this did not happen and was very unlikely to do so. The motto of the Soviet Union on its seal was “Workers of the World Unite!”. That was workers of the “world” not “only Russia”. So it is not surprising that the West took a preemptive move and formed NATO to gang up on the USSR.
However now the Soviet Union is dead and gone. NATO fulfilled its mission a little after turning 40. Sadly rather than phasing out and riding off into the sunset it had a midlife crisis, bought a Camaro and continued to not only exist but expand and bomb. But should it exist?