So The Empowering “Woman Behind The Black Hole Photo” Was Worldwide Fake News?

'No woman can do anything anymore without automatically becoming a pawn in this carcinogenic political war on men. Your girls will be the future
and your boys, the past.' 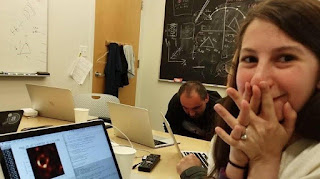 By Aldir Gracindo: Thursday was a great day of feminist victory for the World to see, including me, in Brazil. This time, the news on mainstream media, including CBS News, Yahoo News, BBC News, New York Post and many others, in English, as well as MSN, Revista Galileu and many others, in Portuguese and quite surely in every other language on Earth – was about “Katie Bouman, the woman behind the first photograph of a black hole”. The picture of amazed Katie after looking at her work on a computer screen won the media, following the black hole photograph.
On Brazil’s Facebook, a feminist’s empowered post went viral:
For the first time in History, astronomers achieved to present the first image ever of a black hole. The deed is considered one of the greatest landmarks in Physics in this century.

Baseline Of A Desecrated Land XI: Love Child Of The American Water Bureaucracy

Part 11 of a 12 part series examining the ecological impacts
of Israel’s occupation of Palestine.
By Dick Callahan:
Holy Water:  Old West meets Middle East
“Thou shall inherit the holy earth as a faithful steward, conserving its resources and productivity from generation to generation. Thou shall safeguard the fields from soil erosion, thy living waters from drying up, thy forests from desolation.” American ‘Father of the Israeli water plan,’ W.C. Lowdermilk’s 11th Commandment read on the radio in Jerusalem, June, 1939.
In 1919, European Zionists presented the Paris Peace Conference a statement expressing their claim and desire, based on their ancient ancestors having been in Palestine 2,000 years ago (though almost none of them had been there since), to set up a Jewish state by kicking Palestinian Arabs off the land and replacing them with Jews who would take over the regional water supplies including not only the Jordan and Lebanon’s Litani Rivers, but also the vast acreage of their headwaters, which the Zionists claimed would be vital to the Jewish state’s survival.

The Assange Arrest Is A Warning From History

Real journalism is being criminalised by thugs in plain sight. Dissent has become an indulgence. 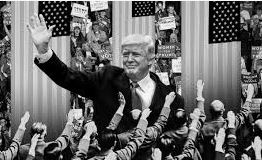 Giants: Who Really Rules The World?

Empire Files: Abby Martin sits down with Peter Phillips, former director of Project Censored and professor of Political Sociology at Sonoma State University. His new book “Giants: The Global Power Elite” details the 17 transnational investment firms which control over $50 trillion in wealth—and how they are kept in power by their activists, facilitators and protectors. 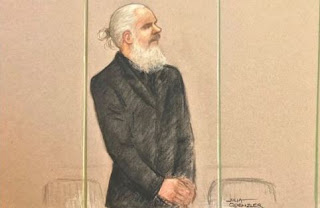 By Caitlin Johnstone: Julian Assange sits in a jail cell today after being betrayed by the Ecuadorian government and his home country of Australia. A British judge named Michael Snow has found the WikiLeaks founder guilty of violating bail conditions, inserting himself into the annals of history by labeling Assange “a narcissist who cannot get beyond his own selfish interest.” So that tells you how much of a fair and impartial legal proceeding we can expect to see from the British judicial process on this matter.
But the real reason that Assange has been surrendered by the Ecuadorian government, imprisoned by the British government, and ignored by the Australian government is not directly related to any of those governments, but to that of the United States of America. An unsealed indictment from the Trump administration’s District Court for the Eastern District of Virginia, accompanied by an extradition request, charges Assange with “conspiracy to commit computer intrusion for agreeing to break a password to a classified U.S. government computer” during Chelsea Manning’s 2010 leak of government documents exposing US war crimes.

Read more »
Posted by Angelo Agathangelou at 9:53 am No comments: Links to this post

The Jews Are Coming To Get You! Gaza Fights For Freedom

TRAILER: The Empire Files partners with Gazan journalists for a documentary on the Great March of Return.
Posted by Angelo Agathangelou at 3:58 am No comments: Links to this post

Part 10 of a 12 part series examining the ecological impacts
of Israel’s occupation of Palestine.
By Dick Callahan:
Behind a curtain of wine, war, and industrial tourism, Israel is losing a pyrrhic population race
with the more fertile Arabs.
“We say to the Jews, to our brothers and sisters, Israel is your home and that of every Jew. Israel is waiting for you with open arms.” Benjamin Netanyahu, Israeli Prime Minster, urging Jews to move to his country.
“Israel is on the road to an ecological, social and quality of life disaster as the population rises it becomes more violent, congested and unpleasant to live in and absolutely no room for any species other than humans.” Professor Alon Tal, Institute for Desert Research, Ben Gurion University on Israel’s population explosion.