The Ugly Truth Emerges
"There is no farce more saddening than the history being written for pay in American universities."
"The American financial community demanded
a centralized, materialist and Jewish Russia
and this they received." 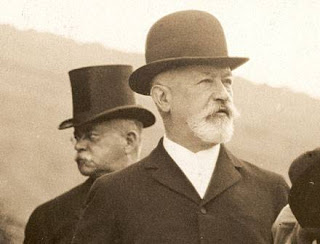 Dr. Matthew Raphael Johnson: The White armies in the Russian Civil War received not a cent from the west. Not a shell, not a rifle reached any faction of the White forces from the west. The west was not anti-Bolshevik. Furthermore, the western powers actively supported the Red forces during and after the Civil War.
While the western financial and technical support for the building of socialism has been treated in another paper, it begins with the subject of this one: the western backing of the Red forces consistently from 1918-1921.

BUCK MARCIANO FT BLYNX
Posted by Angelo Agathangelou at 10:56 pm No comments: Links to this post

"I will say this senator, just because you men sit there for twelve hours, playing with your penises, or whatever it is you do in your overtime hours, it doesn't mean you're providing more value."
I,Hypocrite: Your government tax dollars hard at work.
Read more »
Posted by Angelo Agathangelou at 1:49 pm No comments: Links to this post

The Triumph Of Evil

By Dr. Paul Craig Roberts: Today (April 17) I heard a NPR “news” report that described the democratically elected president of Venezuela as “the Venezuelan dictator Maduro.” By repeating over and over that a democratically elected president is a dictator, the presstitutes create that image of Maduro in the minds of vast numbers of peoples who know nothing about Venezuela and had never heard of Maduro until he is dropped on them as “dictator.”
Nicolas Maduro Moros was elected president of Venezuela in 2013 and again in 2018. Previously he served as vice president and foreign minister, and he was elected to the National Assembly in 2000. Despite Washington’s propaganda campaign against him and Washington’s attempt to instigate violent street protests and Maduro’s overthrow by the Venezuelan military, whose leaders have been offered large sums of money, Maduro has the overwhelming support of the people, and the military has not moved against him.
What is going on is that American oil companies want to recover their control over the revenue streams from Venezuela’s vast oil reserves. Under the Bolivarian Revolution of Chavez, continued by Maduro, the oil revenues instead of departing the country have been used to reduce poverty and raise literacy inside Venezuela.
The opposition to Maduro inside Venezuela comes from the elites who have been traditionally allied with Washington in the looting of the country. These corrupt elites, with the CIA’s help, temporarily overthrew Chavez, but the people and the Venezuelan military secured his release and return to the presidency.

Authored by Patrick Armstrong:
The West is under attack by Putin;
he is at war with us and wars demand extreme measures. 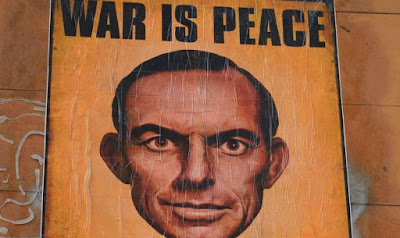 War against Putin is Peace
Freedom to Question is Slavery to Putin
Putin's influence is spreading: everywhere he is nibbling away at the foundations of democratic society. He is the dictator of Russia; still evil, still an empire; Russians are genetically driven to co-opt and penetrate and gain favour: it's who they are and what they do. Russian scum! Putin interferes in referendums and elections all over the democratic world.

Read more »
Posted by Angelo Agathangelou at 4:53 am No comments: Links to this post

China In The Gold Buying Spree + The Door To Censorship

Max and Stacy discuss the significance of the Chinese central bank openly reporting that they are buying gold. They also discuss bitcoin prices reacting immediately to the release of Fed minutes indicating concern for ‘financial instability.’ In the second half, Max interviews author, financial commentator, and comedian Dominic Frisby of DominicFrisby.com about the latest on bitcoin and gold markets. Regarding gold, they ask whether or not the record gold buying from central banks will ever impact prices.

Read more »
Posted by Angelo Agathangelou at 12:46 am No comments: Links to this post