On Jews Being United

'It is not that some oppose Israel for being racist, expansionist and genocidal. It is not because some may be upset that the Israeli Lobby dominates Western foreign affairs in the open. It is not because American and British boys and girls are sent to fight and die in Zio-con wars, it is not because some have noticed that it was a bunch of prominent Jewish intellectuals who have managed to reshape the Western ethos by means of so-called progressive ideologies. It is not because the media seems to be biased in favour of a criminal state, which happens to be a Jewish one.' 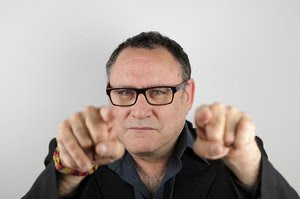 By Gilad Atzmon: In his Times of Israel article “What All Anti-Semites Have In Common,” Andres Spokoiny, president and CEO of the Jewish Funders Network, tells us everything we shouldn’t know about the current state of the Jew/Goy divide.
“Today,” Spokoiny complains, “many Jews are willing to overlook and even excuse anti-Semitism when the bigots hate a certain type of Jews.”

Another Respect Women Commercial From Australia

Computing Forever
Posted by Angelo Agathangelou at 8:58 pm No comments: 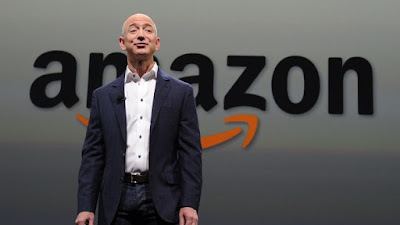 Submitted by Grant's Almost Daily: Amazon.com, Inc.’s Web Services (AWS) unit has been the engine behind the company’s spectacular recent performance, with operating income of $7.2 billion last year, up 68% year-over-year and accounting for 59% of Amazon’s total operating income. The near-consensus cadre of bullish analysts (48 out of 50 tracked by Bloomberg have a “buy” rating on Amazon) call for more of the same.  But will an ongoing government kerfuffle derail the AWS miracle?
Last Wednesday, the Department of Defense (DoD) cleared itself of wrongdoing following an internal investigation into the forthcoming award of the $10 billion cloud computing Joint Enterprise Defense Initiative (JEDI) program. Yet the Pentagon’s self-exoneration was not comprehensive, as Bloomberg noted that: “The investigation uncovered evidence of unethical conduct that will be referred to the DoD inspector general for a separate review.”

Read more »
Posted by Angelo Agathangelou at 5:49 pm No comments:

RT: Pink Floyd’s Roger Waters on the arrest of Julian Assange. He calls on the UK to rise up to oppose Assange’s extradition, labels the UK a satellite state of US empire for arresting Assange and attacks the government of Lenin Moreno for revoking his asylum.
Posted by Angelo Agathangelou at 2:04 pm No comments:

Ilhan Abdullahi Omar, 911 And The Derogation Of Men’s Rights 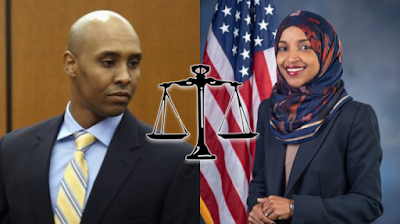 By Jewel Eldora: Two weeks ago, I began watching the trial of Mohamed Noor, the Minneapolis Police officer who shot Australian native Justine Damond. Since then, I’ve been getting up at 4 am, heading to the Hennepin County Government Center, going through two security checks, and surrendering all of my electronics in order to get a first hand view of the proceedings.
There are 3.5 million people in Minnesota and the court has set aside 11 first come, first served seats for the public, and 15 seats for the corporate media, which were reserved right at the beginning of the trial.  Those reserved media seats often sit empty, and the public seats are regularly taken up by court employees, a rotating crew of Minneapolis City Attorneys, and the media, all of whom get there early.
In the last several days, some of the “Open” seats have been relabeled as “State” seats. In the United States, the 6th Amendment assures that citizens will receive a public trial.  Nothing like that is happening in the Mohamed Noor Trial, where the media is being used as a “proxy for the public.”

Read more »
Posted by Angelo Agathangelou at 10:50 am No comments: 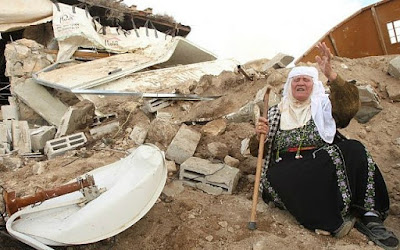 A Palestinian woman sits next to the remains of her home after it was demolished by Jewish Israel Regime bulldozers in a military zone in the area of Musafir Jenbah, south of the West Bank concentration camp town of Hebron, on February 2, 2016. (AFP/Hazem Bader)
Every day of the year, the International Middle East Media Center (IMEMC) reports on incidents that Palestinians endure. It isn’t hard to detect patterns: home demolitions, land confiscation, abduction, and mistreatment of political prisoners are daily occurrences. Below are just some of the accounts reported by IMEMC for April 10, 2019. Each includes background information on the issue and part of the article.
Read more »
Posted by Angelo Agathangelou at 7:56 am No comments:

By Tyler Durden: US Attorney Richard Donoghue asked a federal judge last month for permission to present a mountain of new evidence in the NXIVM sex-cult trial - including evidence of an "illegal scheme to exceed contribution limits to a presidential primary campaign," in the "hopes of obtaining political influence to advance their own agenda," according to a March court filing.

"At the suggestion of a political operative, who has since pleaded guilty to an unrelated New York state bribery charge also involving campaign contributions, the contributions were “bundled” and presented to the candidate at a fundraising event attended by conspirators," the filing continues. 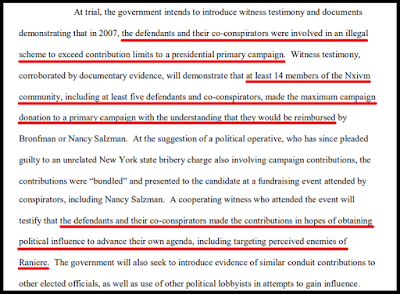 Read more »
Posted by Angelo Agathangelou at 12:46 am No comments: