Larken Rose:
The people who view "leakers" of TRUTH as being criminals or terrorists are either stupid, or evil, or both.
Posted by Angelo Agathangelou at 11:56 pm No comments: 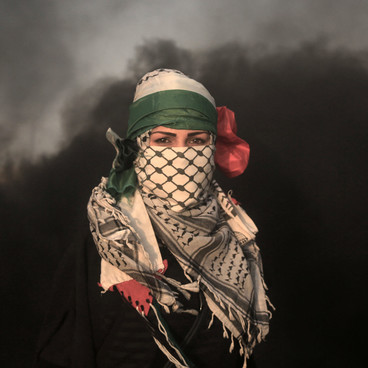 By Mohammed Zaanoun: More than 200 Goyim and Shiksas have been slaughtered by the Jews since the launch of the Great March of Return along Gaza concentration camp’s boundary with the Jewish Israel regime on 30 March 2018. Palestinians [the Goyim and Shiksas] participating in the protest series are demanding their right to return to the lands on the other side of the boundary from which their families were expelled decades earlier.
Every two in three Palestinians in Gaza is a refugee.
Protesters are also calling for an end to Israel’s land, sea and air blockade on Gaza, now in its 12th year, which has plunged the territory into poverty and despair.

Read more »
Posted by Angelo Agathangelou at 11:51 pm No comments:

When God Is Reduced To An Arsonist

'The growing tendency of Orthodox Jews in Jerusalem to spit on their Christian neighbours. ...Father Athanasius, a Texas-born Franciscan monk who heads the Christian Information Centre in Jerusalem’s Old City, said he's been spat at by Orthodox Jews "about 15 times in the last six months".' 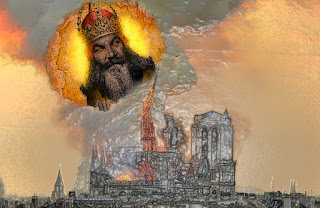 By Gilad Atzmon: We learned last Wednesday that Shlomo Aviner, a prominent Zionist rabbi and Yeshiva leader, suggested the fire that gutted Notre-Dame may have been divine retribution for the burning of Jewish manuscripts in 1242.

'Those who insist on pushing the phantasmic notion of ‘Judeo-Christian values’ should bear in mind the clear ideological, spiritual, metaphysical contrast between the two distinct religious precepts that in fact have very little in common.'

Read more »
Posted by Angelo Agathangelou at 8:40 pm No comments: 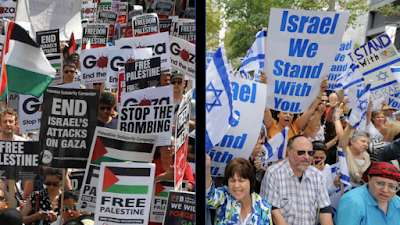 By Grant Smith: Pollster Gallup admitted on March 28 that three decades of polling data contain fundamental flaws “well beyond what we would attribute to normal sampling error.”
Gallup’s admission centers on its high-stakes question of whether Americans have greater sympathy for Israelis or for Palestinians. Gallup loudly trumpeted that Americans “increasingly sympathized with Israel in recent years.” U.S. based Israel affinity organizations and the Congressional Research Service long used Gallup sympathy polls to claim that most Americans support giving most of the US foreign aid budget to Israel.

Read more »
Posted by Angelo Agathangelou at 12:09 pm No comments: 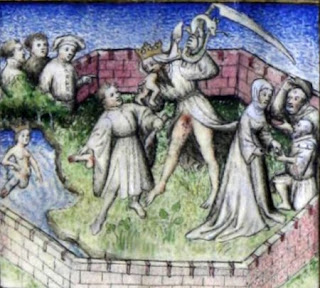 By Author Douglas Galbi: Today, castration culture tends to treat men made into eunuchs as honorary women. Even if those men don’t have all the legal privileges that women have, they don’t bear the stigma of acting masculine. What man wouldn’t sit with his legs tightly crossed and his testicles brutally squeezed to avoid the crime of manspreading? The testicular harm is better than a man adding himself to the massive number of men incarcerated.[1] Castration culture was less finely honed and wielded in medieval Europe. In fact, Peter Abelard in twelfth-century France was disparaged and demeaned even as a castrated man.
Before he was castrated, Peter Abelard reportedly had strong, independent sexuality that challenged the historical repression of men’s sexuality. Fulk, a monk heading a monastic community at Deuil, near Paris, stated that Abelard allowed single women and whores to exploit him:

"This Is Their Plan To Fuck You" Jim Quinn

"The ruling oligarchs are running out of time. This teetering edifice of debt is going to collapse, and they know it..."Authored by Jim Quinn: 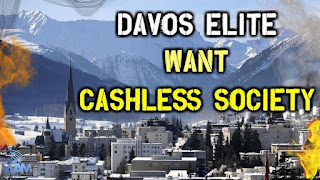 By Ruchir Agarwal and Signe Krogstrup: Many central banks reduced policy interest rates to zero during the global financial crisis to boost growth. Ten years later, interest rates remain low in most countries. While the global economy has been recovering, future downturns are inevitable. Severe recessions have historically required 3–6 percentage points cut in policy rates. If another crisis happens, few countries would have that kind of room for monetary policy to respond.
To get around this problem, a recent IMF staff study shows how central banks can set up a system that would make deeply negative interest rates a feasible option.

Read more »
Posted by Angelo Agathangelou at 2:48 am No comments: