Russia Issues Stern Warning To US Over Intent To Invade Venezuela 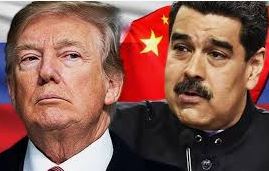 By Al Masda: The Russian Ministry of Defense issued a stern warning to the U.S. administration over their intent to militarily intervene in Venezuela.
Russian Vice Minister of Defense, Colonel General Alexander Femin, said on the sidelines of the VIII International Security Conference that U.S. military aggression against Venezuela will have negative consequences for Washington.
The Russian defense official said if the U.S. were to invade Venezuela, it would rally regional countries around the government of Nicolas Maduro, contrary to what Washington thinks.
“We believe that the legitimate Venezuelan government, led by Maduro, should keep control of the situation and the armed forces are ready to repel a foreign aggression,” he continued.
According to Femin, Russia supports Venezuela within the framework of technical-military cooperation, adding that they have agreements that comply with the restoration of the combative disposition of its troops and the combat technique.

ECB, Tear Down That Wall!

Max and Stacy discuss the wall of bad debt on the ECB’s balance sheet that has caused inflation in Berlin rent prices which, in turn, has led to demands for the expropriation of property from large landlords. This follows the UN’s housing adviser accusing Blackstone Group of ‘wreaking havoc’ in communities and helping to fuel a global housing crisis. In the second half, Max interviews Rick Ackerman of RickAckerman.com about deflation, interest rates, and the US dollar.
Posted by Angelo Agathangelou at 8:52 pm No comments: Links to this post

Antibiotic-Resistant Superbugs Could Become A Bigger Killer Than Cancer 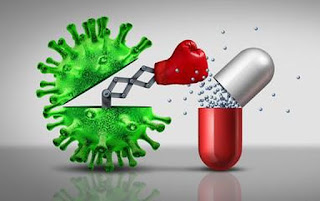 By Mac Slavo: Antibiotic resistance is becoming a larger problem in developed parts of the world such as the United States.  The overuse of antibiotics has caused a sort of evolution effect to occur in certain types of bacteria.  They have become much harder to kill with antibiotics, evolving into what’s been dubbed “superbugs.”
The Daily Mail reported that in little more than 30 years, antibiotic-resistance may be more deadly than cancer around the globe.  At least 23,000 people in the US die of an antibiotic-resistant infection each year – and some estimates suggest it’s far more.
By 2050, some projections suggest that drug resistance, in general, will claim the lives of 10 million people. That’s more than the 8.2 million that die of cancer worldwide each year.
Superbugs or bacteria that has mutated and evolved to withstand modern medicine (antibiotics) are a growing threat worldwide. Their ever-increasing numbers are fueled by over-prescription, waste from drug manufacturing plants, antibiotic use in animals, and even international travel. 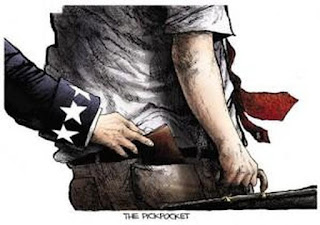 'Politicians will only cut spending when the people stop demanding security and start demanding liberty.'
By Dr. Ron Paul: Imagine being robbed every time you receive a paycheck, but once a year getting some of the stolen money back because the thieves took more than they intended. Would you be happy about it? If you are like most Americans the answer is yes, since most people are grateful when they get a partial “refund” of the taxes the government withheld from their paychecks. A tax refund means more taxes were taken out of your paycheck than you legally owed — in other words, thanks to withholding you gave the government a no-interest loan.
Withholding, which was supposed to be a “temporary measure” to help finance World War II, is an insidious way of minimizing the pain of, and thus opposition to, taxes. Because people never actually get possession of the money the government withholds, they don’t miss it. Imagine how great public demand for an end to the income tax would be if every month we had to write a check to the IRS.

Feminism, Anti Semitism And Their Consequences 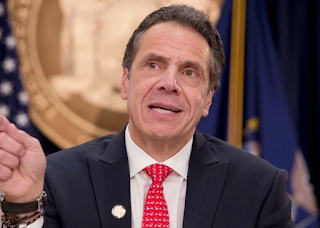 By Eve Mykytyn: On March 11, 21 year old William Sullivan allegedly turned off the lights on a co-worker at Mother Earth Health Food Store and said, “you’re in the gas chamber now,”  and “fuckin’ Jew.”  Kevin Schneider co-owner of the upstate New York store released a statement that: “The situation has been handled and the employee is no longer employed by us. We have never, nor will we ever tolerate hate.”

Amazing, an anti Semitic incident and a rational response. Just kidding.
Sarah Shabanowitz (Sarah) claims that she immediately reported the incident and received from Sullivan what she considered an ‘insincere apology.’ The pair continued to work together. The next day, Sarah said she related the incident to Schneider and told him she believed management had not responded to her concerns. She claims he responded that  “My friends have called me worse.”
Read more »
Posted by Angelo Agathangelou at 6:23 am No comments: Links to this post

Abelard Rejected Gender Injustice In Planctus On Dinah And Shechem 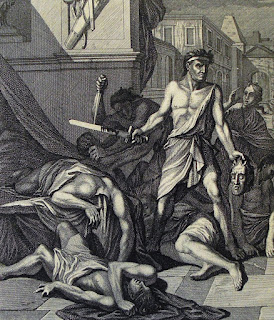 By Author Douglas Galbi: As a result of his consensual sexual affair and marriage to Heloise in twelfth-century France, Peter Abelard was castrated. Heloise suffered no punitive violence. She in fact declared herself “wholly innocent” in their affair. The gender injustice of Abelard’s castration seems to have motivated him to provide in his Planctus a critical perspective on what has been wrongly called “the rape of Dinah.”
The biblical story of the massacre of men at Shechem (“the rape of Dinah”) exemplifies deeply rooted gender bias against men. Careful scholarly analysis of the biblical text points to a specific problem:


The widespread opinion that the verb ‘innâ in the Pi’el {story of the massacre at Shechem} refers to “rape” or “sexual abuse” is not acceptable. It suffers from a lack of analysis of all the biblical material and of the distribution of ‘innâ with a female object in the Hebrew Bible. 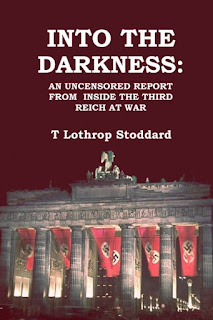 How was Hitler's Reich viewed
before the propaganda set in?
Into the Darkness, Lothrop Stoddard, Noontide Press, 2000, 311 pp.
By Thomas Jackson: Today it is impossible to dissent openly from racial orthodoxy without sooner or later being called a “Nazi.” Despite (or perhaps because of) the stupidity of doing so, egalitarians are quick to equate with Hitler anyone who endorses American racial views that antedate Hitler by centuries. Most liberals are not so silly as to call Lincoln a Nazi, but if he were to rise from the grave and restate his views from the debates with Douglas that is just one of many things they would call him.
The idea of a racial nation was National Socialism’s point of departure, but from the outset it was a comprehensive theory of applied government designed to funnel the energies of every German into collective goals. It was similar to Communism in this respect, and similar also in the sweeping institutional changes it imposed. In its historical period, however, racial policy was not the most striking aspect of Nazism. In the 1930s, the view that race was an essential element of the nation was no more foreign to Americans than to Germans—indeed, no more foreign than it is to virtually every non-white living today. It was hardly the distinctive characteristic of the regime.