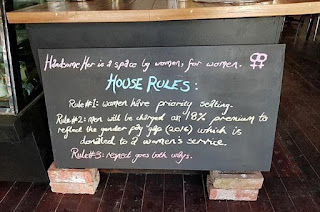 By Tyler Durden: The owner of a Melbourne vegan cafe that hit men with an 18% surcharge to highlight the gender wage gap has failed after two years, according to the Daily Mail.
The 'Handsome Her', owned by green activist Alex O'Brien, announced that it was tackling gender inequalities in 2017 by charging men more and seating women first.
Billed as a safe space for women and lesbians, the eatery attracted widespread criticism online.
"The man tax blew up the internet, an idea that we didn’t think was all too radical, yet the way the world responded showed us how fragile masculinity is and solidified the necessity for us to confront and dismantle patriarchy," reads a farewell post on Facebook.
Looks like men are still to blame!
"Yes, we are the evil, discriminatory, man-hating dykes who charge men more when didn't you know the wage gap doesn't even exist!? Meanwhile gentlemen’s social clubs live on and strong around Melbourne and the world over…"

Read more »
Posted by Angelo Agathangelou at 10:32 pm No comments: Links to this post 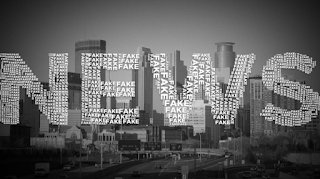 By Jewel Eldora: The following are two direct quotes from the trial of Officer Mohamed Noor last week.
#1) “No one here is on trial for breaking police policy.” Judge Kathryn Quaintance.
Quote #1 is out of context, directionally true and would be a funny joke if it wasn’t too dark and too true.
#2) “I know she wasn’t a threat.” Officer Noor’s partner, Matthew Harrity.
Quote #2 is out of context, 100% fake news, and is what the Minnesota public is being led to believe was reality in the courtroom. I know it’s not, because I’ve been there, I’ve been watching this case since before it happened. Let me explain.
Five weeks before Justine Ruszczyk Damond was killed, I began a five part series analyzing a specific bias and blind spot in empathy toward men and the moral taboos about men discussing men’s issues.

Read more »
Posted by Angelo Agathangelou at 6:46 pm No comments: Links to this post

"All this can be considered a victory... by arresting Assange, the empire showed its weakness. By dragging him from the embassy into a police van, it has admitted that it already has begun sewing its own funeral gown..."
Authored by Andre Vltchek: Throughout history, dark and reactionary forces have always attempted to control the world; by violence, by deceit, by kidnapping and perverting the mainstream narrative, or by spreading fear among the masses. 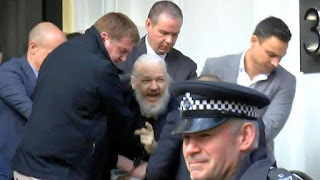 Consistently, brave and honest individuals have been standing up, exposing lies, confronting the brutality and depravity. Some have fought against insane and corrupt rulers by using swords or guns; others have chosen words as their weapons.
Many were cut down; most of them were.
New comrades rose up; new banners of resistance were unveiled.
To resist is to dream of a better world. And to dream is to live.
The bravest of the brave never fought for just their own countries and cultures; they fought for the entire humanity. They were and they are what one could easily define as “intuitive internationalists”.

The Orchestration Of Russiaphobia Is The Prelude To War

By Dr. Paul Craig Roberts: The Russian Embassy in Washington has prepared an accurate 121-page report, THE RUSSIAGATE HYSTERIA: A CASE OF SEVERE RUSSOPHOBIA. https://washington.mid.ru/upload/iblock/3c3/3c3d1e3b69a4c228e99bfaeb5491ecd7.pdf
Everyone should read this report. It documents the fake news, lies, violations of diplomatic standards and international law, and gratuitous aggressive actions taken against Russia during the period beginning May 18, 2016 and continuing through the issuance of the Mueller Report. 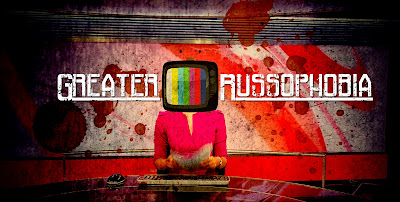 Without explicitly saying so, the report shows that neither the US government nor the American media has a nanoparticle of integrity. Both are criminal organizations that are willing to risk war with Russia in their pursuit of narrow politicized agendas.
This is important information for Americans and the rest of the world to have.

Bettina Arndt talks to Igor Rogov, a Victorian man required to attend a DV perpetrator programme after being attacked by his wife. He managed to get himself expelled by challenging the feminist ideology they were being taught.
Posted by Angelo Agathangelou at 5:37 am No comments: Links to this post 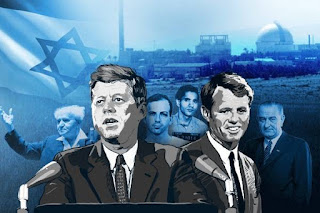 By Laurent Guyénot:
Introduction
Just after midnight of June 6, 1968, Senator Robert Kennedy was assassinated in a backroom of the Ambassador Hotel in Los Angeles. He had just been celebrating his victory at the California primaries, which made him the most likely Democratic nominee for the presidential election. His popularity was so great that Richard Nixon, on the Republican side, stood little chance. At the age of 43, Robert would have become the youngest American president ever, after being the youngest Attorney General in his brother’s government. His death opened the way for Nixon, who could finally become president eight years after having been defeated by John F. Kennedy in 1960.
John had been assassinated four and a half years before Robert. Had he survived, he would certainly have been president until 1968. Instead, his vice-president Lyndon Johnson took over the White House in 1963, and became so unpopular that he retired in 1968. Interestingly, Johnson became president the very day of John’s death, and ended his term a few months after Robert’s death. He was in power at the time of both investigations. And both investigations are widely regarded as cover-ups.

Read more »
Posted by Angelo Agathangelou at 3:24 am No comments: Links to this post 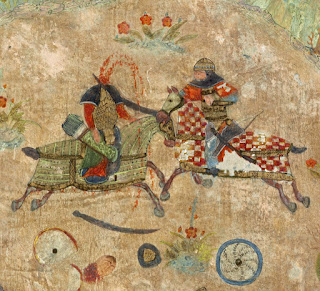 By Author Douglas Galbi: Around the world and throughout history, violence has been predominately violence against men. Communally organized war has long been structured as men killing other men. In the U.S. today, about four times more men than women suffer death from violence. That’s not simply because gynocentric society teaches that women’s safety is more important than men’s safety. Violence against men often specifically targets men’s sexuality.
Consider a fifteenth-century French farce. A married man joyfully, but discretely, sings of his consensual sexual affair with a young woman. His wife jealously suspects her husband’s infidelity. With her neighbor Colette, a sexually promiscuous mother of a daughter, she arranges to trick her husband into confessing his sexual affair. Colette disguises herself as a priest...