"Now you know why we [USA] need a revolution!"
Said Jimmy Dore.
Posted by Angelo Agathangelou at 11:20 pm No comments: Links to this post

The Woman At The Well

"Some people still just don't get it."
Said Ex-Jew Nathanael.
Posted by Angelo Agathangelou at 10:52 pm No comments: Links to this post

A handcuffed, blindfolded Palestinian minor was detained for suspected stone throwing in the West Bank, shot as he tried to flee; Palestinians who tried to help him were threatened as the teen bled. Jewish Israel “will investigate.” (Two reports below) 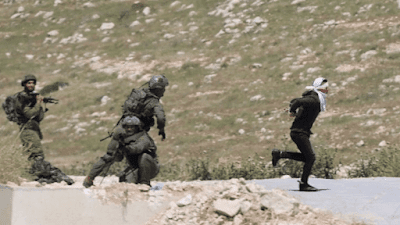 Palestinian teen Osama Hajajeh attempting to flee Israeli Death Forces, Tuqu, West Bank, April 18, 2019. Credit: Mohammad Hmeid
By Yotam Berger: Israeli Death Forces shot on Thursday a restrained Palestinian teenager they had detained for suspected stone-throwing as he was attempting to flee, although he was blindfolded and handcuffed.
The soldiers pursued the detainee near the Palestinian village of Tuqu in the West Bank. At the time of the shooting, the suspect was blindfolded and handcuffed, while he made an attempt to flee.

Read more »
Posted by Angelo Agathangelou at 12:30 pm Links to this post

Rodrigo Starz
Posted by Angelo Agathangelou at 9:54 am No comments: Links to this post

'The non-stop demonization of Julian Assange will proceed unabated, faithful to guidelines established over a decade ago'
By Pepe Escobar: The Made by FBI indictment of Julian Assange does look like a dead man walking. No evidence. No documents. No surefire testimony. Just a crossfire of conditionals.
But never underestimate the legalese contortionism of US government (USG) functionaries. As much as Assange may not be characterized as a journalist and publisher, the thrust of the affidavit is to accuse him of conspiring to commit espionage.
In fact the charge is not even that Assange hacked a USG computer and obtained classified information; it’s that he may have discussed it with Chelsea Manning and may have had the intention to go for a hack. Orwellian-style thought crime charges don’t get any better than that. Now the only thing missing is an AI software to detect them.
Assange legal adviser Geoffrey Robertson – who also happens to represent another stellar political prisoner, Brazil’s Lula – cut straight to the chase (at 19:22 minutes); “The justice he is facing is justice, or injustice, in America… I would hope the British judges would have enough belief in freedom of information to throw out the extradition request.” 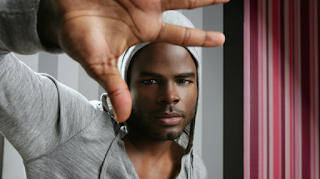 By Xavier Jones:
Introduction
Anyone who hasn’t spent their life trained in gynocentric dogma knows the bigoted history of women’s movements. The women’s suffrage movement had strong prejudices against men. Even going as far as to join the white feather campaign in order to challenge men’s masculinity for refusing to sign up for the draft. There was also friction between the movements of women’s suffrage and black suffrage. Black women were not seen as deserving of the vote and were even told to stand in the back of the lines for many events. Women’s movements were very heavily focused on white women–as they didn’t see black women as human nor their equals. It was hard to tell who white women despised more, men or black people. It’s too bad they couldn’t have the best of both worlds. Oh wait, they could — black men.
Already seeing black people as inhuman creatures and men as a dangerous species, their hatred for black men was off the charts. This is highlighted by many statements feminists themselves touted.