Trump Has Murdered Over 40,000 Venezuelans With Sanctions

'Sanctions are the only form of warfare where it’s considered perfectly acceptable and legitimate to deliberately target a nation’s civilian population with lethal force.' 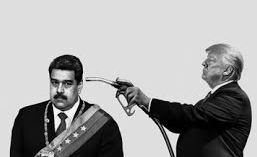 By Caitlin Johnstone: A new study from the Center for Economic and Policy Research (CEPR) has found that tens of thousands of Venezuelans have died as a direct result of Trump administration sanctions put into effect in August 2017, and that tens of thousands more are expected to die as a result of additional sanctions put into place in January of this year.
Some noteworthy points:

Read more »
Posted by Angelo Agathangelou at 9:45 pm No comments:

By Michael Snyder: Are you ready to cough up $220,000 to pay your share?  One of the reasons why a day of reckoning for the U.S. economy is inevitable is because we are in way too much debt.  The 22 trillion dollar debt that the federal government has accumulated gets most of the attention, but the truth is that we would still be 50 trillion dollars in debt even if the national debt was eliminated somehow.  Today, debt levels are exploding on every level of society.  Corporate debt has more than doubled since the last financial crisis, U.S. consumers are more than 13 trillion dollars in debt, and state and local governments are piling up debt as if tomorrow will never come.  According to a Federal Reserve chart that you can find right here, the total amount of debt in the U.S. financial system has now reached an astounding 72 trillion dollars.

Read more »
Posted by Angelo Agathangelou at 6:54 pm No comments:

"This Is Bigger Than Gold & Silver Manipulation" - GATA Secretary 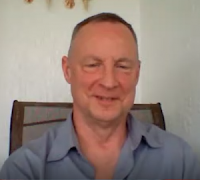 By Greg Hunter: Chris Powell, Treasurer and Secretary of the Gold Anti-Trust Action Committee (GATA), says price manipulation of all markets is a major problem the world faces. Powell explains, “This is an issue far bigger than gold and silver. Gold and silver are just minerals, atomic elements. The issue for us is much bigger than that..."


"The issue is free and transparent markets and having an accountable government. You cannot have those things unless you have freely traded monetary metals markets and freely trading currency markets as well. We don’t worship the golden calf or the silver bull.
We are pursuing a much more justice oriented agenda here. We want government to tell us what they are doing in the markets. We want them to be open and accountable, and that requires a free and transparent monetary metals market.”

No matter how much financial manipulation is occurring on a global scale, you cannot suppress the outcome of those policies. One of the outcomes is inflation, and yet the new cover of Bloomberg/Newsweek asks the question “Is Inflation Dead?” Powell says, “This is worse than a prediction. It’s a delusion. Inflation is all around us."

Read more »
Posted by Angelo Agathangelou at 3:59 pm No comments:

Scott Adams, Persuasion And Halting The Automatic Outgroup Derogation Of Men And Boys 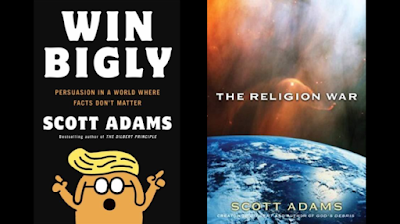 By Jewel Eldora: In 2017, Justine R. Damond was shot and killed while I was writing a series about men’s lack of ingroup bias and the effects this has in men, as a group, in legal, social, and moral spheres.
I ended that series asking readers to ensure that the cop who killed her get a fair trial. As no one at AFVM is surprised, nothing like that is happening and no one is outraged. I have two predictions, one is that next week everyone will have an opinion on this, and the other is that it will likely be assigned to them.
For what it’s worth, I’ve never justified the laws and policies that make police homicide legal, the “thin blue line,” or Noor’s human resources record.
My request all along has been that men pay attention and do what they can to ensure that Noor gets a fair trial.
So far I’ve been unpersuasive, for reasons I could have predicted before I ever started writing.  Men, as it turns out, do not have the mechanism for automatic ingroup bias.

Read more »
Posted by Angelo Agathangelou at 11:10 am No comments:

Zionism – the idea of a “Jewish State” – was at first fully secular and socialist, but how to define “a Jew” in a way that includes both the religious and the nonreligious
(and no Arabs)?
Originally, due to the sweeping opposition of the rabbis, Theodor Herzl was forced to transfer the First Zionist Congress from Munich to the Swiss city of Basel.
Eventually, religious features were appropriated and nationalized: the “need” for more land became a holy pact with God; Israel is only for Jews, not “all of its citizens.” 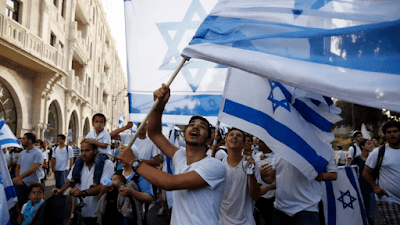 People wave Israeli flags as they take part in a parade marking Jerusalem Day, in Jerusalem May 28, 2014. Credit: REUTERS
By Shlomo Sand: It’s sad to read the recent complaints of Israeli intellectuals about the collapse of the only Jewish democracy in the Middle East. The secular melancholy is likely to arouse identification among readers – but not to enlighten them, alas.
Read more »
Posted by Angelo Agathangelou at 8:29 am No comments:

Decolonizing Mars With "The Right Stuff"

Professor Janice Fiamengo
Posted by Angelo Agathangelou at 5:11 am No comments:

sacTVism Munich: Interview with bestselling author, former finance minister of Greece and the co-founder of the Democracy in Europe Movement 2025, Yanis Varoufakis, we talk about the case of Julian Assange. Furthermore we examine why there isn’t significant grassroots mobilization against militarization as compared to other movements around Europe and despite the Bulletin of Atomic Scientists citing it as a “extraordinary threat” to humanity. Lastly we talk about whether consumers or producers should be held account when it comes to climate change and also why people should participate in the upcoming European election.
Posted by Angelo Agathangelou at 1:00 am No comments: