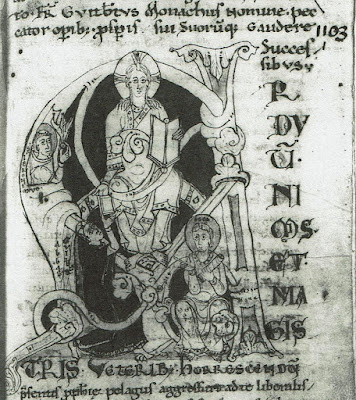 By Author Douglas Galbi: In France early in the twelfth century, Heloise of the Paraclete became a famous author and religious leader. Guibert of Nogent lived and died there and then as an obscure abbot. Those who dare to defy orthodoxy readily recognize that gynocentrism has privileged women throughout history. Yet Guibert’s lack of recognition relative to Heloise doesn’t simply reflect structural gender oppression. Guibert himself internalized misandry. In his despair, he failed to appreciate his own being.
Even when the eminent twelfth-century abbot Peter the Venerable was a youth, the fame of Heloise’s “distinguished and praiseworthy studies {honesta et laudabilia studia}” were known to him. Many years later Peter the Venerable wrote to Heloise:

The World Needs A Debt Jubilee

"...And forgive them their debts."

By Dr. Paul Craig Roberts: As school children my friends and I were very interested in archeology and ancient civilizations. We read all the available books. My best friend intended to become an archeologist and to explore ancient ruins about which we imagined more than we actually knew.
As far as I can discern these days no one in the general population has any thoughts of Sumer, Babylonia, Assyria, Ur.  For the American young the 1940s, not 2,500 BC, is the ancient past.
A time so long ago that it predates the Old Testament by 2,000 years is probably imagined as a brutal and politically incorrect time of inhumanity and human sacrifice.  In short, a script for a horror fantasy movie or a video game.
In actual fact, these civilizations were more advanced and more humanitarian than our own. They were more advanced because the rulers were focused on ensuring the society’s longevity by maintaining a livable balance between debtors and creditors. It has all been downhill ever since.
The rulers maintained social balance and, thereby, the life of the society by periodically cancelling debts. The rulers understood that compound interest resulted in debt growing faster than the economy.

White People Will Be Rubbed Out Along With Their History

Update:  It appears to be the case that the majority of white immigrants into the  American British colonies between the years 1630 and the American Revolution in 1776 were slaves or indentured slaves who often remained slaves beyond their term.  In other words, depending on the death rates of white slaves, most white Americans today are descendants of former slaves.  Jordan and Walsh report that two-thirds of white immigrants from the British Isles were slaves for life or for a contracted period. It is an American myth that the colonies were settled by free men and women. “The truth could not be more different,” write Jordan and Walsh. “The freedoms of modern American society evolved only gradually from enforced labor and penal servitude.”

The War On WikiLeaks: Which Side Are You On?

“Assange’s arrest represents one of the darkest days for journalism in the history of humanity.”

By Danny Haiphong: Assange’s arrest shows that "free speech" and "assembly" is defined as whatever the U.S. rulers are willing to tolerate.
“The media in the U.S. is composed of corporate tools whose primary interest is the promotion of lies in the interests of power and profit.”
On Thursday, April 11th, Julian Assange was dragged from the Ecuadorian embassy where he had spent over a half decade in virtual solitary confinement. The premier event of my co-authored book American Exceptionalism and American Innocence: A People’s History of Fake News-From the Revolutionary War to the War on Terrorhappened that same evening. The book was inspired in part by the work of WikiLeaks in lifting the veil of exceptionalism that has provided cover for U.S. war crimes since the War on Terror was declared in 2001. Assange’s arrest represents one of the darkest days for journalism in the history of humanity. His ouster from the confines of the Ecuadorian embassy and into the jaws of the imperial apparatus forces us to pick a side in the struggle in the war being waged on WikiLeaks through Assange.

NASA WARNING: Meteorites Are "A Threat To The Earth!"

'“This is not about Hollywood...I wish I could tell you that these events are exceptionally unique, but they are not...' 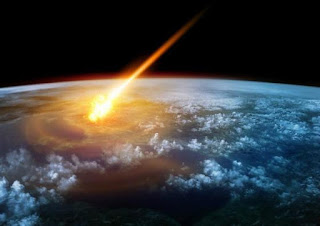 Authored by Mac Slavo: On Monday, NASA Administrator Jim Bridenstine warned that meteors that could destroy an entire state in the United States and that they are a real threat to Earth. Bridenstine also claimed that not enough people are taking his warnings seriously enough.
Speaking at the Planetary Defense Conference in Washington, D.C., Bridenstine said:


“This is not about Hollywood, this is not about movies, this is about ultimately protecting the only planet we know right now to host life!” And it’s not being taken seriously, according to a report by WRCBTV.