Is Biological Sex Really A Thing? 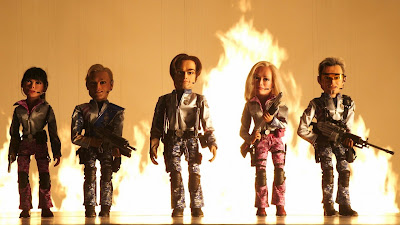 The CIA not cutting it?
By Tyler Durden: Venezuela's self-declared President Juan Guaido said on Saturday that he has instructed his political envoy in Washington to immediately open relations with the US military.
Guaido asked his ambassador, Carlos Vecchio, to sit down with Pentagon officials for "direct communications" to discuss "coordination" of efforts to remove Venezuelan President Nicolás Maduro, whose 2018 reelection Guaido claims is illegitimate.
"We have instructed our ambassador to meet immediately ... with the [US] Southern Command and its admiral to establish a direct relationship," Guaido told a Caracas crowd during a pro-opposition rally.
"We have said from the beginning that we will use all the resources at our disposal to build pressure." 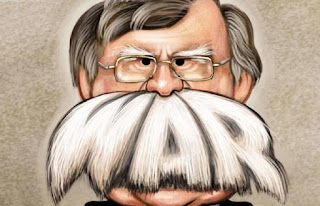 Authored by Scott Ritter:  National Security Advisor John Bolton’s announcement this week that the U.S. is deploying a carrier strike group and a bomber task force to the U.S. Central Command region seemed perfectly framed to put America on a war footing with Iran. And it is.
Claiming that the decision was made in response to “a number of troubling and escalatory indications and warnings,” Bolton declared that “the United States is not seeking war with the Iranian regime.” But, he added, “we are fully prepared to respond to any attack, whether by proxy, the Islamic Revolutionary Guard Corps, or regular Iranian forces.”
It took the Defense Department a full day to respond to Bolton’s statement, with acting Secretary of Defense Pat Shanahan finally tweeting that the “announced deployment of the @CVN_72 and a @USAirForce bomber task force to the @CENTCOM area of responsibility…represents a prudent repositioning of assets in response to indications of a credible threat by Iranian regime forces.”

Read more »
Posted by Angelo Agathangelou at 1:19 pm No comments: Links to this post

Trump Is Being Set-Up For War With Iran 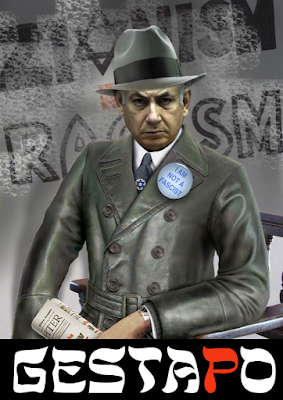 By Dr. Paul Craig Roberts: Trump destroyed his chance at being a successful president by the stupid appoinments he has made.  At the moment he is being set up by his national security advisor John Bolton and the Jewish Israel regime for a war with Iran.
Using the same format of lies that was used against Iraq, Libya, Syria, and Venezuela, Bolton has accused Iran of “troubling and escalatory indications” of a forthcoming Iranian attack on American forces in the Middle East.  To help protect against the attack, Bolton has ordered Patriot missile batteries, an aircraft carrier strike group, and a bomber strike force to the region.
Even the Israeli newspaper, Haaretz, pointed out that Bolton failed to identify the “troubling and escalatory” Iranian actions.  https://www.haaretz.com/us-news/u-s-sends-patriot-missiles-to-the-middle-east-to-counter-iranian-threats-1.7221997  No one else has seen any sign of them.
The reason for the Patriot missiles is not to deter Iran from an attack, but to prevent successful Iranian response to an attack on Iran.

Read more »
Posted by Angelo Agathangelou at 10:35 am No comments: Links to this post

New US Political Thriller Is About Rising Christianity in Russia, Insanity of Western Elites As They Trigger World War

"A story-line that tackles the most meaningful, religious and political subjects in the world. It is an impressive work... Move over Dan Brown, I was blown away!" 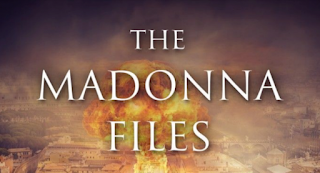 By Stephen Ryan: Long before Russia became a “thing” in the United States and before mainstream media began to tar and feather Vladimir Putin and demonize all things Russian, I began writing a book about the mysterious rise of Christianity in Russia in 2O12. I also sensed how the increasing hostility towards religion in the “West” could lead to a perilous ideological divide between Russia and the United States with unknown consequences including the possibility of an apocalyptic military confrontation between the two nuclear powers
In my book, the political thriller The Madonna Files, I make the case that rising tensions between Russia and the United States, dubbed “Cold War 2.O” by many, is becoming one of the great ironies of modern times.
On Christmas day 1991, God-fearing patriots of United States saw the atheist state of the USSR take down its iconic red flag and replace it with a banner made up of red, white and blue stripes.  Fast forward to today and now we see secular elites in 2O19 ridiculing a wide swath of Americans for “clinging” to their religion while the Orthodox Church in Russia experiences an extraordinary renaissance.

Read more »
Posted by Angelo Agathangelou at 7:32 am No comments: Links to this post

If Americans Knew: An analysis of how Israeli propaganda experts spin Israel's attacks on Palestinians, and how US media repeat this spin, reversing the reality of what's actually going on. This is excerpted from the documentary "Occupation Of The American Mind."

The Zionist Jews Throw Death At Us And We Make Life

The Electronic Intifada: These Palestinians in Gaza make sculptures and art pieces out of the Jewish Israel regime’s weapons. Majdi Abu Taqiyeh, 40, got the idea of making sculptures out of Jewish bullets when his brother was shot during the Great March of Return demonstrations along Gaza’s eastern boundary. Jewish snipers have killed more than 200 Goyim and Shiksas [aka Palestinians] since the demonstrations started in March last year. “I chose the occupation’s bullets as a medium to work with so they become messages to the world,” Abu Taqiyeh told The Electronic Intifada. “I wanted to make human figures out of bullets to represent the lives of martyrs who died from those bullets and others who were injured.”