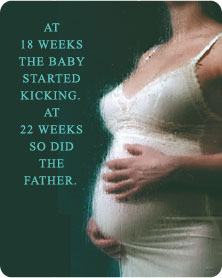 By MRA-UK: Why am I always writing about such nasty subjects? It’s because those whose stories I deconstruct set the agenda. Sorry, but there it is. I have a new woozle for you.
Acknowledgement: Thanks to Douglas for a number of the links used below.
In January 2019, the Royal College of Midwives’ web site contained this statement,
‘Nearly 30% of abuse starts in pregnancy and 40% to 60% of women experiencing domestic abuse are abused when they are expecting a baby. Domestic violence has overtaken gestational diabetes and pre-eclampsia as the leading cause of foetal death.’
It was on this page: https://www.rcm.org.uk/news-views-and-analysis/news/16-day-domestic-violence-campaign-launched. The page has now been taken down but the above statements by the Royal College of Midwives can be retrieved via the WaybackMachine, here. The page appeared in the context of a so-called “16 day domestic violence campaign”. This is a campaign which is promulgated by UN Women and supported by the World Health Organisation, amongst others.
The idea that pregnant women are being so battered by violent men that they are loosing their babies in a sort of monstrous epidemic is extremely disconcerting. The mental image it conjures presents men as surpassingly vile.

The Lies About World War II 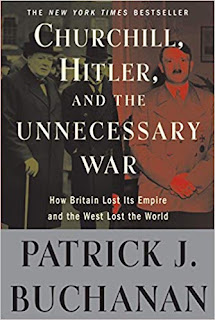 By Dr. Paul Craig Roberts: In the aftermath of a war, history cannot be written. The losing side has no one to speak for it.  Historians on the winning side are constrained by years of war propaganda that demonized the enemy while obscuring the crimes of the righteous victors.  People want to enjoy and feel good about their victory, not learn that their side was responsible for the war or that the war could have been avoided except for the hidden agendas of their own leaders. Historians are also constrained by the unavailability of information. To hide mistakes, corruption, and crimes, governments lock up documents for decades.  Memoirs of participants are not yet written.  Diaries are lost or withheld from fear of retribution.  It is expensive and time consuming to locate witnesses, especially those on the losing side, and to convince them to answer questions.  Any account that challenges the “happy account” requires a great deal of confirmation from official documents, interviews, letters, diaries, and memoirs, and even that won’t be enough.  For the history of World War II in Europe, these documents can be spread from New Zealand and Australia across Canada and the US through Great Britain and Europe and into Russia.

Antisemitism Is Now A Righteous Mass Movement In Britain

'The Star of David has become
a symbol of evil in the eyes of many.' 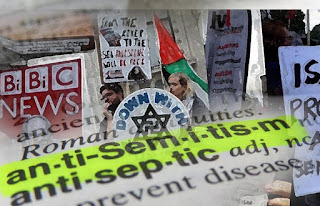 By ex-Jew Gilad Atzmon: It seems as if British Jewish pressure groups have achieved their goal: anti-Semitism is now a mass movement in the UK. The rabid Zionist Algemeiner reports that “Antisemitism and virulent Israel-hatred were rife on Saturday at a pro-Palestinian demonstration in London.” - The Jewish press seems to be upset by a pro-Palestinian march that assembled at the offices of the BBC, not too far from a synagogue. I guess that the rationale is simple: once London is dotted with synagogues, human rights enthusiasts will be pushed out of the city. They will have to gather somewhere out of the green belt. - Jewish outlets complain that participants brandished ‘antisemitic badges and placards,’ such as “Israel provokes anti-Semitism.” I am puzzled. Is this really an anti-Semitic statement? If anything, it is an attempt to identify the cause of anti-Semitism.

Read more »
Posted by Angelo Agathangelou at 3:09 pm No comments:

The Bear’s Lair: The Brexit War is
entering its Western Front phase 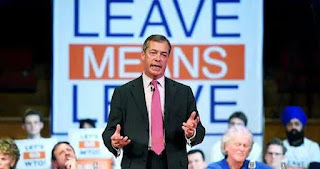 Authored by Martin Hutchinson: As this column forecast four weeks ago, Treason in the Brexit process prospered, and Brexit has been postponed to October 31. Businesses groaned, as the uncertainty prolonged itself to an unendurable length. Most likely, Brexit will now either be abandoned or diluted to a degree where Britain does not break free of the EU’s regulatory straitjacket. However, the battle is not yet over, so I thought it sensible to use this Easter respite to offer some thoughts on how to maximize the chance of a genuine return to a free Britain.
Andrew Roberts, in a splendid recent Wall Street journal op-ed, pointed out that George Washington would not have given up his dream of American independence because of a mere 3% potential loss in GDP

Read more »
Posted by Angelo Agathangelou at 8:53 am No comments:

The Lies That Form Our Consciousness And False Historical Awareness 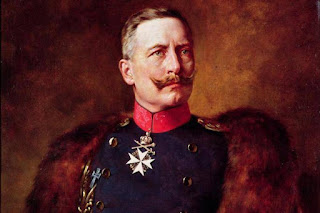 By Dr. Paul Craig Roberts: My generation associated dystopias, such as George Orwell’s 1984, with the Soviet Union, a country in which explanations were controlled and criticism of Stalin would land a person in the Gulag. We thought of the United States and our life here much differently. But with the passage of time the difference between life in the Soviet Union in the 20th century and life in the Western world today is disappearing. Today, the journalist Julian Assange is undergoing the same kind of state terror and torture as any Soviet dissident, if not worse. The Western media is as controlled as the Soviet media, with print, TV, and public radio serving as a propaganda ministry for government and the interest groups that control government. Social media, such as Facebook and Twitter are systematically denying their platforms to those who express views not supportive of the ruling order and its agendas.

'Never before in history has the very last power to mobilize been blamed for starting a war.  But facts never get in the way of court historians.'
Read more »
Posted by Angelo Agathangelou at 5:08 am No comments: