'The people who live in this kingdom are upset by the idea that eighty per cent of the Conservative party are members of the Conservative Friends of Israel. ...A criminal racist state, yet one wonders how many Tory MPs are remotely friendly with Grimsby or Wolverhampton? Brits are equally tired of watching their opposition leader grovelling for the poison of anti-Semitism in his party.' 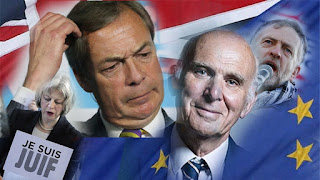 By ex-Jew Gilad Atzmon: When it seemed as if the British had lost their survival instinct as a society, the European Parliament election came along. The message delivered by every poll is undeniable: unlike their treacherous political class, the Brits are still amongst the most sophisticated people around, they are performing a landslide exodus from their rotten leading parties: the Conservatives and Labour. They are marching back to their true cultural roots: conservatism on one hand (the Brexit Party), welfare and openness on the other (the Liberal Democrats).

'This phenomenon goes back to the Peloponnesian War that devastated ancient Greece, the historian Thucydides explained: "It was the rise of Athens and the fear that this instilled in Sparta that made war inevitable."'

By Tyler Durden: With the trade war between the US and China suddenly erupting after a 5-month ceasefire, CCTV 6, the movie channel of China's leading state television broadcaster, aired three anti-American movies last week, reported What's On Weibo.
The three movies are Korean war films: Heroic Sons and Daughters (1964), Battle on Shangganling Mountain (1954), and Surprise Attack (1960), which aired about one week after President Trump raised an existing 10% tariff on $200 billion worth of Chinese goods to 25%.
All last week, anti-American propaganda flourished across the country, with the slogan "Wanna talk? Let's talk. Wanna fight? Let's do it. Wanna bully us? Dream on!" going viral on Chinese social media platforms.
CCTV 6 broadcasted the movies to 500 million people in 23 provinces. The films fall under a category called "Resist America, Help North Korea," first debuting at the end of the Korean War (1950-1953).

Not Quite So Universal Suffrage 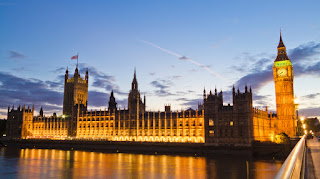 Yesterday saw the 2019 Australian Federal Election. In honour of this, we’re publishing a piece on historical suffrage because, like in so many other areas, feminists have been spreading lies about this for decades. - Ed
By Robert Brockway: Suffrage, or the right to vote, is an important right in any democracy. Societies routinely exclude some sectors of the community from voting and this is entirely consistent with international norms. Normally voting in a democracy is open to citizens that have reached the age of majority. In many countries today that is 18 years. The rules vary by country, and even subnational jurisdiction. Voting is generally restricted to citizens but even they may be excluded from voting if they have resided outside of the country for an extended period, if they have been convicted of or incarcerated for serious offences, or for other reasons.

Gary Orsum
Posted by Angelo Agathangelou at 10:29 am No comments: Links to this post 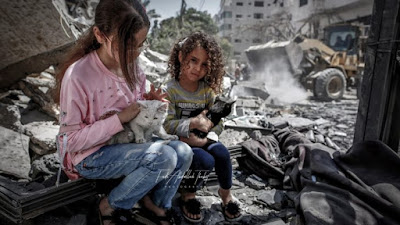 UK Guardian: More than a million human beings in Gaza concentration camp risk starvation next month unless international donors fill a $60m (£46m) funding black hole largely created by cuts to Palestinian fugee aid by the ultra Jewish Zionist shill Trump administration, an UN agency has said.
The United Nations Relief and Works Agency for Palestine fugees (UNRWA), which provides food for more than 1 million inmates in the Gaza concentration camp, is calling on the EU, Gulf states and large emerging economies such as Russia and China to make “firm commitments” of $60m by the middle of June to prevent starvation.

Read more »
Posted by Angelo Agathangelou at 4:38 am No comments: Links to this post

Lying To Men About Danger

johntheother
Read more »
Posted by Angelo Agathangelou at 1:44 am No comments: Links to this post