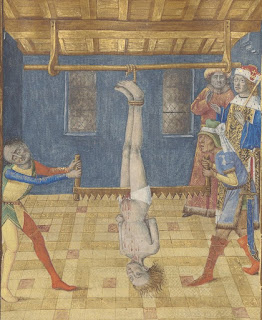 By Author Douglas Galbi: Contrary to widely propagated lies, men suffer terribly from intimate-partner violence. Both old, fat men and young, handsome men are victimized. What domestic-violence experts teach to women also applies to men. No man is safe from those who claim to love him.
Consider the case of Enguerrand I de Boves. He was born in France in the middle of the eleventh century. Enguerrand married Ade de Marle. She had previously been married to Aubry, Viscount of Coucy.[1] Enguerrand’s marriage to Ade de Marle made him Lord of Marle. Ade had two children, Thomas and Robert, within her marriage to Enguerrand. He apparently suspected that at least Thomas (his “reputed {ut dicitur}” son) wasn’t his biological child. Enguerrand divorced Ade, most plausibly for betraying his reproductive interests despite professing to love him.[2]
Although Enguerrand showed more backbone toward Ade than many men show toward their wives, Enguerrand typically allowed women to dominate him. Guibert of Nogent noted of Enguerrand: 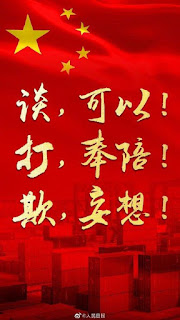 By Dr. Paul Craig Roberts: Wherever I look at US policy, foreign or domestic, I see only insanity, ignorance, and incompetence.
Take the issue of tariffs, which is Trump’s mistaken approach to bringing the jobs back home. The tariff “solution” overlooks that offshored US production counts as imports when US firms bring their goods into the US to be marketed.
The Chinese did not steal American jobs by selling below US cost.  The jobs were taken to China by US global corporations, along with the technology and business know-how, for the sole reason of maximizing US corporate profits.  Labor, made as productive as US labor by offshored US capital, technology, and business know-how, could be hired at much less cost in China and elsewhere in Asia due to the enormous excess supply of labor that overhangs Asian labor markets.  The enormous cost savings went directly into US corporate profits, capital gains for shareholders, and bonuses for executives.  Half and perhaps more of the “cheap goods” imported from China are the goods of American firms, such as Apple, Levi, Nike.  They are products of US firms that are made in China for sale in the US.  They are not “cheap Chinese goods.”  Do you think an iPhone is cheap or a MacBookPro is cheap?

Read more »
Posted by Angelo Agathangelou at 6:56 am No comments: Links to this post

...the ramping up of confrontation with China is "all about keeping the military-industrial complex alive..." 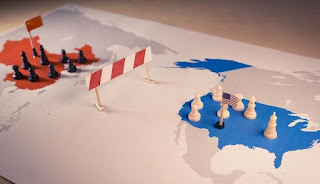 Authored by Adam Dick: Former Army Colonel Lawrence Wilkerson, who was chief of staff for Secretary of State Colin Powell in the George W. Bush administration, warns in a new The Real News interview with host Sharmini Peries that the United States government is driving down a “highway to war” with China — a war for which Wilkerson sees no sound justification.
The drive toward war is not undertaken in response to a real threat posed by China to the people of America. Instead, argues Wilkerson, the US government is moving toward war for reasons related to money for both the military and the broader military-industrial complex, as well to advance President Donald Trump’s domestic political goals.
Wilkerson, who is a member of the Ron Paul Institute for Peace and Prosperity’s Academic Board, elaborates on the US military’s money-seeking motivation to advance the new China scare, stating:


All of this right now, first and foremost, is a budget ploy. They want more money.