America, You Are Fired! 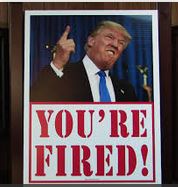 'Trump is but a prisoner in the White House, just like his predecessor was.'
By Dmitry Orlov: Some ironies are just too precious to pass by. The 2016 US presidential elections gave us Donald Trump, a reality TV star whose famous tag line from his show “The Apprentice” was “You are fired!” Focus on this tag line; it is all that is important to this story. Some Trump Derangement Disorder sufferers might disagree. This is because they are laboring under certain misapprehensions: that the US is a democracy; or that it matters who is president. It isn’t and it doesn’t. By this point, the choice of president matters as much as the choice of conductor for the band that plays aboard a ship as it vanishes beneath the waves.
I have made these points continuously since before Trump got into office. Whether or not you think that Trump was actually elected, he did get in somehow, and there are reasons to believe that this had something to do with his wonderfully refreshing “You are fired!” tag line. It’s a fair guess that what motivated people to vote for him was their ardent wish that somebody would come along and fire all of the miscreants that infest Washington, DC and surrounding areas. Alas, that he couldn’t do.

Read more »
Posted by Angelo Agathangelou at 9:50 pm No comments:

GlobalFaction: Executive track from buddhankh called Stop & Search speaks volumes in his hard hitting lyrics and looks in animated depth of police brutality on our [UK] streets. But most of all We as ethnic minorities in the community needs to work closely together to stop this violence and senseless killing.
Posted by Angelo Agathangelou at 7:32 pm No comments: 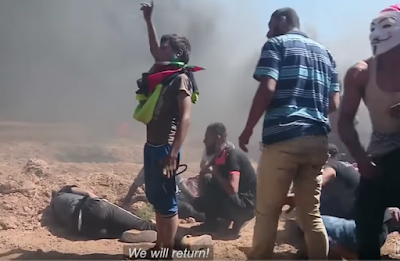 IAK: This Frontline documentary was scheduled to be broadcast on PBS stations across the United States on May 14, 2019, but it was pulled at the last minute.
The BBC, the co-producer, aired it in Britain.

Read more »
Posted by Angelo Agathangelou at 4:37 pm No comments:

Medieval Italian Theatricality: A Bed-Trick & Other Acts Of Apostles 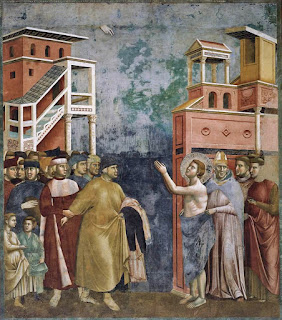 By Author Douglas Galbi: In 1260 in Parma, Italy, Gerard Segarelli established the Order of Apostles as a mendicant religious order of the Catholic Church. Salimbene de Adam’s Chronicle, which he wrote from 1283 to 1288, is the most detailed surviving source about Segarelli and the Order of Apostles. Salimbene’s harsh criticism of Segarelli’s movement depicts vibrant theatricality in thirteenth-century Italy. Salimbene shows that an intricate bed-trick and outrageously recast acts were within medieval imagination long before Shakespeare’s comedies.
Within circumstances of considerable and conflicted Christian attention to theater, Salimbene explicitly described Gerard Segarelli as an actor. Theatricality is deeply rooted in Christian sensibility. Romanos the Melodist’s sixth-century kontakia present realistic, emotional dialogue. De Maria Magdalena, a text that a Cistercian monk probably wrote in France about 1200, is a theatrical lectio divina. Closer to folk performance, the story of the tumbler of Notre Dame, probably from early in the thirteenth century, depicts a monk engaging in full-body devotional performance.

Read more »
Posted by Angelo Agathangelou at 1:52 pm No comments:

'The soft bigotry of low expectations' 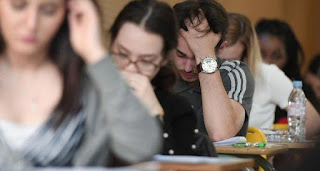 
“Clearly, lying about one’s racial identity is wrong – but in a country where racial makeup is growing more complex and college admittance is as competitive as ever, students can hardly be blamed for trying to give themselves a leg up,” he opined.
“Colleges are basically begging to be duped

Read more »
Posted by Angelo Agathangelou at 10:44 am No comments: