First, PBS’s flagship TV program, Frontline, said it had only temporarily cancelled a riveting documentary on Gaza that was to be shown nationwide. Now Frontline admits it may never show it. Originally, the taxpayer-funded TV program was trying to take full credit for the film, now it’s trying to disown it. 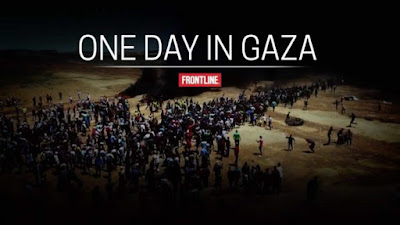 By Alison Weir: PBS’s Frontline says it may never broadcast a powerful new documentary about Gaza that it bumped from approximately 300 PBS stations around the country.

'Among other things, it shows footage of Israeli [Jewish] snipers intentionally shooting unarmed individuals in the head, including a young teenaged girl.'
Read more »
Posted by Angelo Agathangelou at 10:08 pm No comments:

Maybe Russians Are Finally Catching On 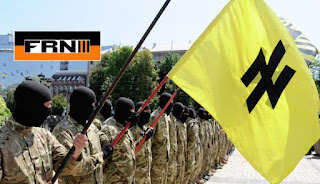 Russian Defense Minister Andrei Ilnitsky told the Zvezda TV channel that the United States is taking steps to destabilize Russia.
fort-russ: He pointed out to the channel that the US corporation RAND, a strategic research center for the US government, has prepared a multi-page report describing actions to pressure Russia.
According to the document, Washington indirectly plans to put pressure Russia through Ukraine and Syria. In particular, the United States should continue to provide arms to Ukraine, as well as actively support opposition groups in Syria.
In addition, the military high added that the United States will try to remove the Russian military from Transnistria, but such a step is not a priority for them.
In addition, the US continues to build a “destabilizing arc” from the Black Sea to the Baltic, where Belarus now plays a key role.
“For them, the debut scheme and their priority is Ukraine, they are actively starting to look at the Caucasus, they keep Belarus in focus, they will continue to shake Syria,” the Russian official emphasized.

Read more »
Posted by Angelo Agathangelou at 5:28 pm No comments: 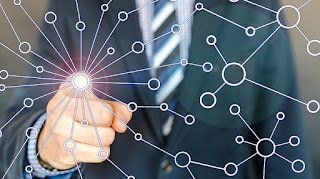 By Xavier Jones:
Introduction
Over the past couple of weeks, I’ve been anxious to make an article about strategy of fighting for men’s rights. As advocates for men, we are definitely working hard. I will continuously defend us on that front. The belief that we aren’t attempting to do anything for men is a patently false notion used to silence the discussion of men’s issues. However, the problem is not about the effort, but the blueprint. The point of activism is to not only work hard, but work smart.
In this article, I’m going to give readers some advice on procedures we can take to ensure more success. Because the one thing misandrists hate more than a male advocate, is a successful male advocate. In other articles, I usually speak from the standpoint of human rights. In this article, I’m putting more emphasis on individual virtue. I am pointing out ways that the men’s movement can improve on to insure future success.

Read more »
Posted by Angelo Agathangelou at 12:57 pm No comments:

Read more »
Posted by Angelo Agathangelou at 10:52 am

Dershowitz On Europeans And Irrationality 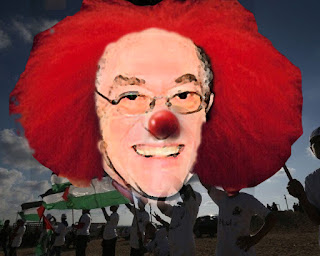 By ex-Jew Gilad Atzmon: Noam Chomsky wrote of  Dershowitz that he is a “remarkable liar” and “slanderer.” These problematic traits Chomsky noted of the former Harvard professor have proved useful. I might not have seen Dershowitz’ most recent recycled rant had he not mentioned my name and, as always, lied about me.
In his article, Dershowitz claims that I deny that the “Holocaust is historically proved.”  Wrong! I argue that all historical narratives ought to be discussed freely and debated fearlessly. This treatment may not be applied to the Holocaust. The Holocaust has been minimised by its present status as legally protected religious dogma. If the Holocaust is the new religion, I defend my right to be agnostic.

According to Dershowitz, Atzmon “believes that Jews may well have killed Christian children to use their blood to bake Passover matzah.” If Dershowitz would just bother to actually read the work that he cites, he would learn that it wasn’t I who produced this sceptical recital of  the Jewish blood libel, it was Ariel Toaff, an Israeli professor at Bar Ilan who back in 2007 published a book titled “Blood Passover European Jews and ritual murder.”
Read more »
Posted by Angelo Agathangelou at 7:29 am No comments: 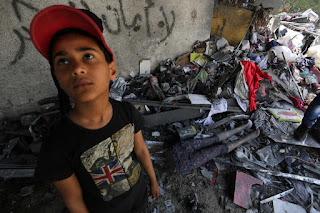 A Gaza City clothing shop destroyed in an Israeli strike, 5 May. Ashraf Amra APA images
By Sarah Algherbawi: Earlier this month, I went shopping so that my baby son Khalil would have something new to wear for the holiday of Eid. It never occurred to me that the store where I bought his clothes would be attacked one day later.
Run by Husam al-Haddad, it was one of many shops and offices located in Gaza City’s al-Khuzundar building. On 4 May, Israel fired four missiles at the building, which also hosted a Turkish charity aiding Palestinian orphans.
The attack was a “real disaster,” according to al-Haddad. He had spent $90,000 buying new stock ahead of Eid.
“We were already living in difficult economic conditions,” he said. “With this, we’re totally destroyed.”

Read more »
Posted by Angelo Agathangelou at 3:39 am No comments: