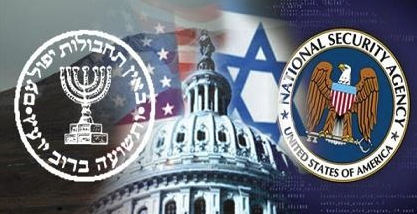 US also cooperated to help the inhuman Zionist Jewish bastards to conduct targeted assassinations against other Middle East locals, whilst on their Talmudic 'chosenness' slaughter and pillage the Goyim and Shiksas for eternity rampage.
RT: Frustrated by a legal ban on sharing intelligence with fellow Jews of the Jewish apartheid state, operatives conducting targeted assassinations, the Jews running the NSA crafted a loophole giving the apartheid Israel Jews total access even to all US citizens' data, leaked documents show.
The Jewish state Israeli SIGINT National Unit (ISNU), the NSA's Jewish counterpart in Palestine [aka Jewlandia, or Narniaisrael], convinced their Jewish cousins running the US NSA to circumvent the legal prohibition on providing surveillance data for targeted assassinations during the Jews' 2006 slaughter of Lebanese people, according to the newest revelation from the archives obtained by whistleblower Edward Snowden. 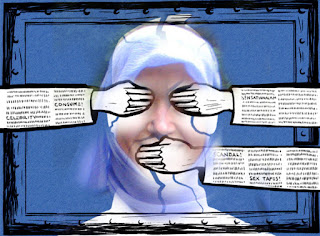 By ex-Jew Gilad Atzmon: Once a day the Palestinian poet Nahida Izzat is being thrown into the FB Jail for 30 days for telling the truth about Palestine and the crime that has been committed against her people for almost a century. Nahida has never promoted violence or written any type of hate speech. The routine is pretty exhausting.   She receives a FB notification about her suspension, she then appeals and after a few hours FB lifts her suspension.
The Palestinian poet is subject to a relentless vilification campaign by both Zionists and Anti Zionist Zionists (AZZ). Yesterday, Nahida was suspended again. This time her crime was  posting a clip of a Palestinian man who just lost his home to an Israeli bomb. Nahida provided an English translation of the Gazan victim.

Nahida’s post read:
"Do you want to know how people in Gaza feel?
Read more »
Posted by Angelo Agathangelou at 1:40 pm No comments: Links to this post

Dr. Paul Craig Roberts: Caitlin sums it up: “We have been watching the slow-motion assassination of Julian Assange. They have been choking him to death by tactical psyops, siege tactics, and wilful neglect as surely as if they placed a noose tied around his neck, not just in Belmarsh Prison but in the embassy as well. The only difference between his execution and someone on death row is the same as the difference between covert and overt warfare, which makes sense because the intelligence, judicial and military agencies who are carrying out his death sentence operate within the same power structure which carries out war. First came the smears (propaganda), then came the siege (sanctions), and they staged their coup (dragged him out of the embassy) and now they’ve got him in their clutches and they can do what they want behind closed doors. That’s how you kill a nation while still looking like a nice guy, and that’s how they’re killing Assange.”
If the world stands for the US/UK/Swedish judicial murder of an innocent man, the world does not deserve to exist another second.

Read more »
Posted by Angelo Agathangelou at 8:37 am No comments: Links to this post

Jean-Francois Gariépy: Gilad Atzmon is a British jazz musician who has been analyzing Jewish politics as well as the oppression of Palestinians by Israel.
Posted by Angelo Agathangelou at 5:35 am No comments: Links to this post

How The War Party Broke Trump 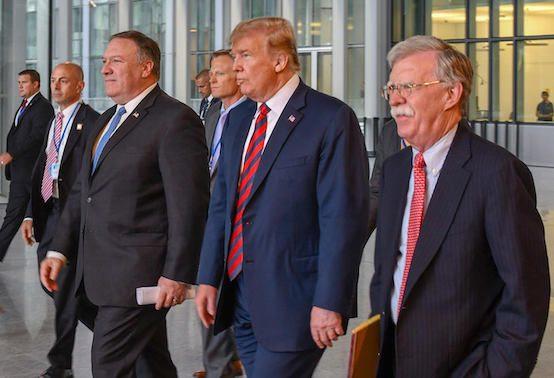 He’s the closest thing we’ve had to an antiwar president in 40 years - but the entrenched interests have proven too strong...
Authored by Andrew Bacevich: From my distant vantage point in New England, tracking the daily fluctuations of the ongoing Iran war scare poses a challenge. It’s that old problem of distinguishing between signals and noise. These days there is noise aplenty emanating from Washington. That the prospect of yet another Gulf war competes for bandwidth with intensifying efforts to impeach President Trump makes it more difficult still to know what exactly is going on.
My bet is that an actual shooting war involving the United States and the Islamic Republic will not occur. Granted, we cannot exclude the possibility of inadvertent hostilities caused by one side misreading the intentions or actions of the other side. Nor should we ignore the possibility of bellicose subordinates exceeding their briefs and stumbling into a fight that authorities at the top may not have authorized. Posturing invites misunderstanding and miscalculation—and there has been more than a little posturing coming from both Washington and Tehran.

Read more »
Posted by Angelo Agathangelou at 2:19 am No comments: Links to this post