Is it true? Do we really turn a blind eye to Israel’s criminality simply because it pretends to be gay friendly? Do we fail to see that Jewish Israel locks Palestinians in concentration camps because Israel pretends to be LGBTQ paradise? Sorry to deliver the news. 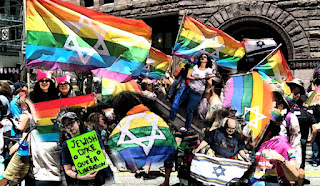 The Anti Israeli Pinkwash campaign is a classic controlled opposition apparatus. It is there to rehabilitate the moral validity of the Jewish Identitarian Left and it does so at the expense of the Palestinians. It diverts the struggle from the essential Palestinian cause of the right of return to irrelevant Jew-related issues to do with queer politics.

'It is the Jewish State that commits crimes against the Palestinians in the name of the Jewish people and with the almost universal support of world Jewry and its institutions.'
Read more »
Posted by Angelo Agathangelou at 10:10 pm No comments: Links to this post 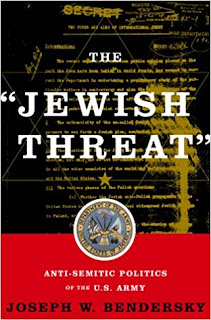 By Ron Unz: Some may remember that in 2005 a major media controversy engulfed Harvard President Larry Summers over his remarks at an academic conference. Casually speaking off-the-record at the private gathering, Summers had gingerly raised the hypothetical possibility that on average men might be a bit better at mathematics than women, perhaps partially explaining the far larger number of males holding faculty positions in the math, science, and engineering departments.
These controversial speculations were soon leaked to the press, and an enormous firestorm of protest erupted, with MIT professor Nancy Hopkins claiming that merely hearing Summers’ words at the event had left her physically ill, forcing her to quickly exit the room lest she suffer a blackout and collapse.
Harvard students and faculty members soon launched an organized campaign to have Summers removed from the summit of our academic world, with noted evolutionary-psychologist Steven Pinker being one of the very few professors willing to publicly defend him. Eventually, an unprecedented “no confidence” vote by the entire faculty and growing loss of confidence by the Board of Trustees forced Summers to resign, becoming the first Harvard President to suffer that fate in the university’s 350 year history, thus apparently demonstrating the astonishing power of cultural marxist feminist “political correctness” on college campuses.

Computing Forever:
Posted by Angelo Agathangelou at 10:19 am No comments: Links to this post

'Can you imagine how ballistic the media would go if Putin had been caught in a leaked recording promising to do his "level best" to prevent a certain candidate from becoming British PM?' 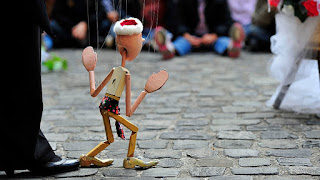 RT: It looks like that much-lauded “special relationship” between the UK and US is so special that the latter now appears to believe it should be offered a significant say in who leads the former.
US Secretary of State Mike Pompeo has been caught admitting that Washington will do its “level best” to prevent UK Labour leader Jeremy Corbyn from becoming Britain’s prime minister — but what’s a bit of meddling between special friends?
In a recording leaked to the Washington Post, Pompeo told a gathering of Jewish leaders that a Corbyn premiership is a real possibility and that he could manage to “run the gauntlet and get elected” — something which the Trump administration seems to be dead set against.

Iran Calls For 'Elimination' Of Dollar To Stop US 'Terrorism'

"It amounts, by definition,
to economic terrorism..."

By Tyler Durden: Iranian Foreign Minister Mohammad Javad Zarif said on Sunday that America's economic influence would be eliminated if countries halt the use of dollars in their international transactions, reported Sputnik.


"America's power rests on the dollar; a great part of America's economic power will go away if countries eliminate the dollar from their economic systems," Zarif said at a school even in Tehran.

President Trump has waged economic warfare on Iran ever since Washington withdrew from the Joint Comprehensive Plan of Action (Iran nuclear deal). Washington has forced Iran's trade partners, who use dollars, to halt trade with Iran.