By Philip Giraldi: Those who think that the foreign policy of the United States should be the product of serious discussion embracing a variety of viewpoints to come to a conclusion that benefits the American people should perhaps take note of what has been going on in the President Donald Trump administration. The use of unrelenting pressure to include threats of military intervention rather than negotiation has been noted by many, but the media predictably has failed to discuss the implications of having a team in place making decisions relating to the volatile Middle East and beyond that consists overwhelmingly of Orthodox Jews and Christian Zionists.


To recap, Trump’s A-team in the Middle East is headed by his Jewish son-in-law Jared Kushner who is being personally advised by a group of Orthodox Jews. David Friedman, the U.S. (sic) Ambassador to Israel is also an Orthodox Jew and a former bankruptcy lawyer with no diplomatic or foreign policy credentials. He is a passionate supporter and even a funder of the illegal Israeli settlements on the West Bank and on the Golan Heights.
Read more »
Posted by Angelo Agathangelou at 11:05 pm No comments:
Email ThisBlogThis!Share to TwitterShare to FacebookShare to Pinterest

The transformation of “the Great Democracies” into a Police State is now complete. 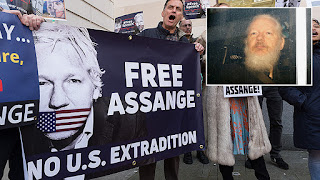 RT: Britain's Home Secretary has revealed he has signed a request for the extradition of WikiLeaks co-founder Julian Assange to the US, where he is accused of violating the Espionage Act.
Speaking on BBC Radio 4’s Today program, Sajid Javid said that he signed and certified the papers on Wednesday, with the order going before the UK courts on Friday.

The US justice department has filed 17 new charges against the Australian journalist. In May, he was additionally charged with one count of conspiring with Chelsea Manning, the former intelligence analyst and whistleblower, to gain access to the US Pentagon network.

Read more »
Posted by Angelo Agathangelou at 8:59 pm No comments:
Email ThisBlogThis!Share to TwitterShare to FacebookShare to Pinterest

A Treatise On The Impact Of Gynocentrism 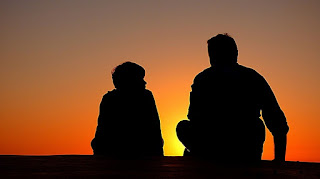 By Jermelle MacLeod: Males are in an ideological, psychological, and societal crisis. Fourth-wave feminism is dominating schools, men are committing suicide at an astronomical rate, and men are beginning to lag behind in practically every field that was once dominated by men; what happened?
The cause of the aforementioned issues can be narrowed down to the dominance of Fourth-wave feminism and the maintenance of self-sacrificial values tossed upon men.
For example, the dominance of feminism forces men to take a back seat until something physically demanding and risky needs to be done. Say, a woman is having an issue carrying a fridge up the stairs; she will then expect a man or a group of men to either help her or do it for her, the male will be forced to comply lest the shaming that will be bestowed upon him if he refuses.
In order to fully understand the conundrum men find themselves in today, it’s necessary to understand the ideological justification behind fourth-wave feminism.
Building upon the premise of first-wave feminism, second, third and fourth-wave feminists believe that women are still marginalized in the opportunistic and societal expectational sense. Or, in more simplistic terms; women don’t have opportunities and can’t do whatever the hell they want.
The former claim is simply false in practically every sense.

Read more »
Posted by Angelo Agathangelou at 12:39 pm No comments:
Email ThisBlogThis!Share to TwitterShare to FacebookShare to Pinterest

SyrianGirl: The New York Time's wants youtube to censor my videos. The smear campaign by author @kevinroose who claims my videos among others radicalised a man, are defamatory lies, and I have the receipts. The NYT said my videos radicalised a man to hate muslims and immigrants, it listed three of my anti-war videos among them seemingly unaware that I am a muslim immigrant. I spoke with the man they claim i radicalised and he said i had nothing to do with it and he barely watched my videos. So whose really behind this censorship campaign?
Posted by Angelo Agathangelou at 3:00 am No comments:
Email ThisBlogThis!Share to TwitterShare to FacebookShare to Pinterest

Max and Stacy discuss billionaire investor, Stan Druckenmiller, announcing he’s dumped his equity portfolio and has gone long Treasuries with the assumption that interest rates will go to zero. While stock markets are pricing in boom times forever, the bond markets are saying apocalypse is on the horizon. In the second half, Max interviews Mish Shedlock of MishTalk.com about his new parody song, “Bubbles B. Goode,” in reference to the new Fed chairman, Jerome Powell, promising to cut rates to keep the good times rolling. They discuss rate cuts and what this portends for the future.z
Posted by Angelo Agathangelou at 12:05 am No comments:
Email ThisBlogThis!Share to TwitterShare to FacebookShare to Pinterest
Newer Posts Older Posts Home
Subscribe to: Posts (Atom)