X-Men And Men In Black Getting Politically Correct Name Changes?

"Does anyone else think all this speech policing sounds like NEWSPEAK?"
Computing Forever
Read more »
Posted by Angelo Agathangelou at 8:09 pm No comments: Links to this post

How Iran Was Swindled Out Of $3.2 Trillion

Underlying the one-year anniversary in mid-August of the signing of the ‘Convention on the Legal Status of the Caspian Sea’ is one of the greatest oil industry swindles in recent years.

Authored by Simon Watkins: When representatives of the five Caspian littoral states meet on the 11th and 12th of August, Iran intends to seek some redress from Russia on Moscow’s manoeuvring last August. The Islamic Republic believes that it was robbed of its historical rights in the Caspian, conned out of a US$50 billion per year income, and left without Russia’s support against the re-imposition of U.S. sanctions.
Little of any apparent consequence was decided last August when the five Caspian littoral states – Russia, Iran, Kazakhstan, Turkmenistan, and Azerbaijan – signed the ‘Convention on the Legal Status of the Caspian Sea’. The limited publicity that surrounded the signing stated only that the agreement stipulated that relations between the littoral states would be based on the broad principles of national sovereignty, territorial integrity, equality among members, and the non-use of threat of force.

"Shut down by 'Twitter' for exposing child sexual abuse at the highest levels of the elite. ...Twitter allows children to be sexually abused!" Said Gemma O'Doherty.
Posted by Angelo Agathangelou at 2:04 pm No comments: Links to this post

By Cristina Laila: Congressman Mark Meadows (R-NC) told Sean Hannity Wednesday night that tons of Spyagate whistleblowers are now coming forward because they believe Attorney General Bill Barr US Attorney John Durham are actually working to bring justice.
Meadow said that these whistleblowers were too afraid to come forward under the DOJ leadership of Jeff Sessions and Rod Rosenstein.
“Sean, we’re getting a lot of whistleblowers, primarily the whistleblowers are coming forward because they believe Attorney General Bill Barr and John Durham are willing to get to the bottom of it,” the Freedom Caucus chairman said. “People that were perhaps afraid under previous leadership to actually say that ‘well we knew this was wrong’ — they’re coming forward now…”

...it’s Facebook’s official opinion that you’ve 'negated' your claim to any privacy whatsoever..." 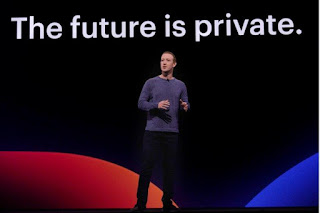 Facebook's Mark Zuckerberg recently rolled out with a new mantra: "The future is private."
By Tyler Durden: A new report by The Intercept has unearthed some stunning quotes from Facebook's lawyers as the controversial social media giant recently battled litigation in California courts related to the Cambridge Analytica data sharing scandal. The report notes that statements from Facebook's counsel "reveal one of the most stunning examples of corporate doublespeak certainly in Facebook’s history" concerning privacy and individual users' rights.
Contrary to CEO Mark Zuckerberg's last testimony before Congress which included the vague promise, “We believe that everyone around the world deserves good privacy controls,” the latest courtroom statements expose in shockingly unambiguous terms that Facebook actually sees privacy as legally "nonexistent"

Orwell's Room 101 And The Thought Police Are Here!

Ask the parents of the 15-year-old boy choked with a wire and then shot to death by U.S. Marines in Ramadi,
what they think of Julian Assange. 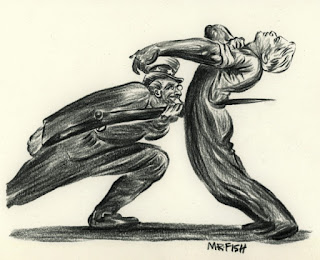 
Ask the man and his two young daughters who saw their wife and mother shot to death and were themselves wounded in a car fired upon by U.S. Marines in Fallujah on July 22, 2005, what they think of Julian Assange.


Ask the parents of Huda Haleem, an 18-year-old girl, and Raghad Muhamad Haleem, a 5-year-old boy, shot dead by U.S. soldiers on June 2, 2006, in Iraq’s Diyala province what they think of Julian Assange.
Read more »
Posted by Angelo Agathangelou at 12:29 am No comments: Links to this post