There Is A Global War On Journalism

A democracy that sends its police against journalists, simply because those journalists have revealed what governments have not wanted people to know is not a democracy.
UK, USA, Israel, Australia, etc..

By John Pilger: Julian Assange: Countdown to Freedom, with Randy Credico and today’s guest, award winning filmmaker, John Pilger interviewed by Dennis J Bernstein and Randy Credico on KPFA Flashpoints
Bernstein: Good to speak with you again, John. Thanks for talking with us. What’s happening — not only with Julian Assange — but the future of journalism is extremely disturbing. Now we have seen high-profile arrests of journalists in Australia, France, and here in the U.S. in San Francisco, where police put a reporter in handcuffs, while they searched his house and seized his hard drive. We know Julian Assange is in maximum security and Chelsea Manning is also locked down. These are terrible times for the open flow of information.
Pilger: Well, it’s happening all over the world now and certainly all over that part of the world that regards itself as the enlightened. We are seeing the victimization of whistleblowers and journalists who tell the truth.

Max and Stacy talk about the veiled gold bull market product of the disappearance of trust in national and international institutions, and examine the data showing that decline in confidence and the increase in gold reserves worldwide, especially in Russia and China. In the second part Max interviews Michael Pento, of PentoPort.com, about the upcoming cuts in interest rates and the control of the stock market over GDP
Posted by Angelo Agathangelou at 12:03 pm No comments: 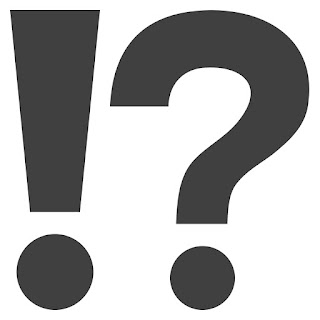 By Author Douglas Galbi: Written communication depends on shared understandings of graphical symbols (words and punctuation) and mutual experience of combinations of words being used in different ways (genres). No writer can require a reader to understand a text in the way that the writer meant it. Especially in our increasingly vicious and totalitarian age, writing is a dangerous activity. Historical knowledge of punctuation shows possibilities for misunderstanding and helps to support humane practices of reading.
Exclamation points in modern editions of Beowulf represent particular expert readers’ interpretations. Beowulf didn’t originally include any exclamation points. The exclamation point apparently arose in late-fourteenth-century Italy as an outgrowth of the vigorous ars dictaminis of Boncompagno da Signa and other leading scholars.[1] That’s more than three hundred years after the only surviving manuscript of Beowulf was written and probably about six hundred years after Beowulf was composed.

Read more »
Posted by Angelo Agathangelou at 12:42 am No comments: