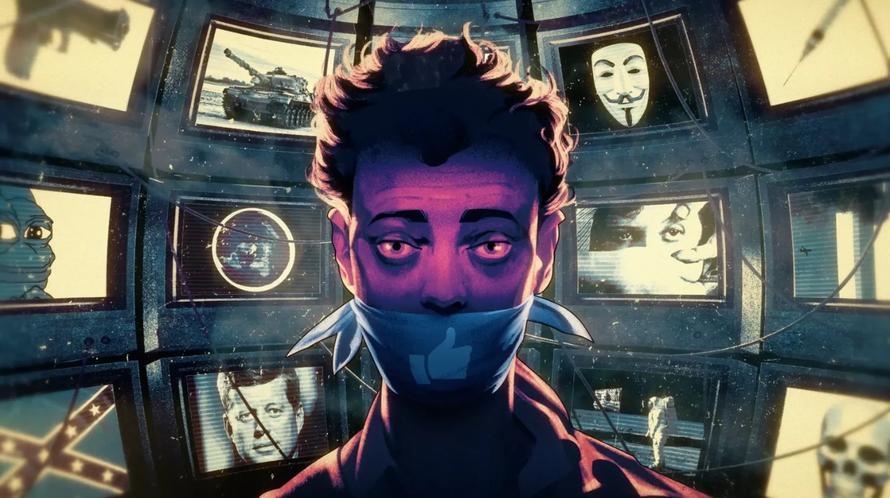 By Tyler Durden: Casey Newton of The Verge is out with a new look inside the dismal lives of Facebook's PTSD-stricken content moderators - an army of contractors tasked with enforcing the company's content policies by viewing countless beheadings, suicides, rapes, murders, sexually abused children and other traumatic content.Illustrations by Corey Brickley
They're also the 'thought police' who have been criticized for selectively enforcing the company's definition of hate speech.

'"Trauma bonding" - having sex in stairwells or the 'lactation room,' while getting "routinely high at work" to cope.'
Read more »
Posted by Angelo Agathangelou at 10:58 pm No comments: Links to this post

Read more »
Posted by Angelo Agathangelou at 7:14 pm No comments: Links to this post

Blain: "Facebook Is Positioning For What Comes Next: The Complete Collapse Of Confidence In Fiat Money"

Submitted by Bill Blain: Oh dear. Now I am worried. The only positive I can discern is its International Martini Day – Dukes, here we come..
It was a massive Wowser WTF moment on stocks! Donald Trump says he’s having a meeting with Xi and the stock market goes into the stratosphere! Then XI confirms, and its joy unlimited across markets. New records beckon.… Joy unconfined.. What can possibly go wrong? Softbank head Son telling investors it could be worth $1.8 trillion in a few years? (Note to self – sell stocks.)
On the other side of the pond, it’s a Wow on Bunds…. Spectacular gains y’day taking the 10-year Bund rate to -0.33% after Mario Draghi talked about immediately lower rates, reopening QE and using all the unused A380s Superjumbos to drop wads of money across Yoorp. Spain bond buyers now get a gnat’s crotchet of positive yields, while Italy is just over 2%!

'And Facebook is launching its own Cryptocurrency. You have to be fucking kidding me…? Given everything we think we know about Facebook, would you let them run money? It ain't ever going to happen if the regulators get a say.'
Read more »
Posted by Angelo Agathangelou at 3:52 pm No comments: Links to this post

A Report from Eric Zuesse on the Possibility of Obama Facing Criminal Charges
The Case that Obama Was a Traitor Just Got Powerful New Evidence — From the DNC! 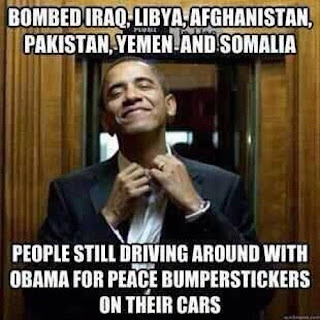 Eric Zuesse: The case that Obama’s team concocted Russiagate in order to weaken Trump if Trump were to win the Presidency has just received an important admission by the Government’s acknowledgement that the Government under Obama had lied to the FISA Court in order to get the FISA Court’s permission to investigate Trump for possible collusion with Russia’s Government. This information came from the DNC’s own lawyer, to the current U.S. Justice Department, in the case of United States of America v. Roger J. Stone Jr.
In response to Trump operative Roger Stone’s defense effort against Special Counsel Robert Mueller’s charges against Stone, the “Government’s Response to Defendant’s Motion to Compel Unredacted Crowdstrike Reports”

'It’s all a fraud. And this is why the U.S. regime wants to get rid of people such as Julian Assange.'
Read more »
Posted by Angelo Agathangelou at 8:14 am No comments: Links to this post 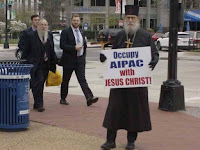 The author grew up Jewish in New York City, and converted to Russian Orthodox Christianity, eventually becoming a monk.
He describes his ministry as 'street evangelism', and he can often be seen in midtown Manhattan and Washington DC protesting US hostility towards Russia. He has had a highly successful YouTube channel with over 60 million views and 340,000 subscribers, which was deleted by YouTube in June of 2019. He maintains a website called RealJewNews, which is highly critical of Jewish elites.

Read more »
Posted by Angelo Agathangelou at 4:51 am No comments: Links to this post 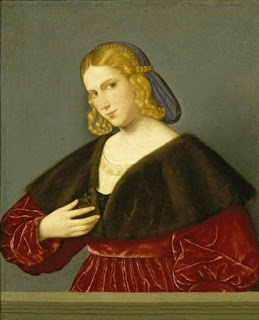 “Alas, Romans, you will suffer this, you who have suffered that no king or emperor be greater than you?”
By Author Douglas Galbi: Men historically have carried a highly disparate gender burden of working to provide money for women. Women seeking from men expensive goods (dinners at fine restaurants, diamond rings, fancy dresses, etc.) contributes to this structural gender oppression of men. One distraught man recently described gender-typical difficulties in his relationship with his wife:


She came from a family where she got everything she wanted. I’ve been working for years trying to give her the same kinds of things but I just cannot do it, I lost one of my two jobs and have had to give a lot up. … I see husbands buying their wives Lexus and Mercedes cars and I can’t even dream of doing that.

Read more »
Posted by Angelo Agathangelou at 2:23 am No comments: Links to this post

A significant number of Jewish intellectuals publicly denounced Germany’s “deceitful” Orwellian anti-BDS bill, the first of its kind in Europe. 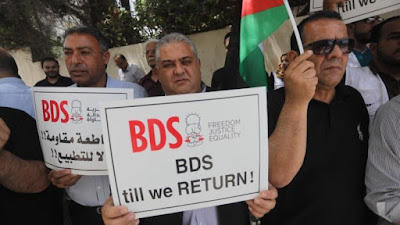 Nathan Thrall summarizes the birth and goals of BDS:


The Boycott, Divestment and Sanctions movement was founded with a statement of principles, known as the BDS call, on 9 July 2005. It represented something of a last resort. The Palestinians had been crushed by the military defeat of the second intifada. The living embodiment of the Palestinian national movement, Yasser Arafat, was dead. His newly installed replacement, Mahmoud Abbas…[was not likely] to bring occupation to an end. If there was going to be pressure on Israel to give Palestinians freedom, it was going to have to come from the grassroots and the outside.


The BDS call was made on the one-year anniversary of a historic advisory opinion by the international court of justice.
Read more »
Posted by Angelo Agathangelou at 12:01 am No comments: Links to this post