Western Malaise And The Celebration Of Mediocrity

Computing Forever
Posted by Angelo Agathangelou at 10:53 pm No comments:

US Presidential candidate Mike Gravel lays out a courageous proposal, "The most obvious and humane path forward is the creation of a secular, democratic, binational state with equal rights for all.” 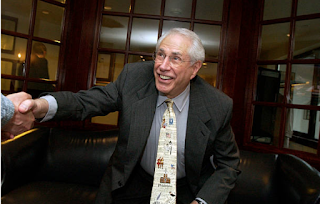 [At 89, Mike Gravel is running for President in order to make his progressive, anti-war message heard. He’d hoped to participate in the upcoming debates, but he didn’t make the cut. Now he has his eye on the July debate series. “My message,” he says in Rolling Stone, “centered around an anti-imperialist foreign policy and fundamental political reform, is one that no other Democratic candidate is making the centerpiece of their campaign. After the first two debates, I will drop out and endorse the most progressive candidate.” See the essence of his message in this video, and more on his life and campaign below.]
By Mike Gravel: One of the most obvious absurdities in the world of foreign policy is seeing what is considered serious. The people who want to continue funding massacres, genocides, and authoritarian regimes abroad frame their ideas in the sober language of realism, and earn plaudits from pundits and think tanks;

Read more »
Posted by Angelo Agathangelou at 8:06 pm No comments:

Being Honest About Britain’s “Anti-Semitism” Obsession

'Labour for The Many and not for The Jew.' 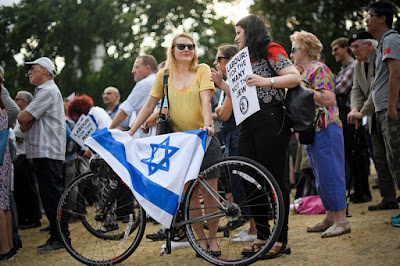 Britain’s Labour Party lost support among Jewish voters before Jeremy Corbyn became its leader. (Ben Cawthra/Sipa USA/Newscom)
By Tony Greenstein: Cries of “anti-Semitism” are the charges every supporter of the Palestinians has to face. I doubt that there is a single Palestine solidarity activist who hasn’t been accused of anti-Semitism.
The rationale for these accusations include the suggestion that we are operating “double standards” in singling out Israel for criticism. We are alleged to criticize Israel because it is a “Jewish” state. Israel is the “targeted collective Jew among the nations,” Irwin Cotler, a former government minister in Canada, has written.
Today, a different, more subtle argument is developing: Israel and Zionism are an integral part of Jewish identity. That is why opposition to Zionism and Israel is automatically anti-Semitic.
This argument was tested earlier this decade in an employment tribunal which assessed allegations that Britain’s University and College Union was anti-Semitic because it supports BDS – the Palestinian call for boycott, divestment and sanctions against Israel.

Read more »
Posted by Angelo Agathangelou at 5:46 pm No comments: 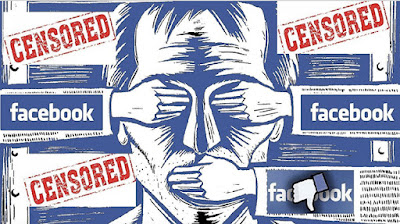 By Paul Elam, AVfM: I woke this morning to find my Facebook account had been deleted by the social media giant. No explanation was given, just a nice, tidy note informing me that I no longer exist. At least according to Facebook.
Of course, none of this is new. I was lifetime banned from Twitter nearly a year ago for tweeting news stories about women who had either publicly admitted to, or had been convicted of, falsely accusing men of rape. In the case of Twitter, they did offer me the explanation that Tweeting legitimate news stories about rape liars was equivalent to targeting them for harassment. Twitter made it clear that they wanted news stories about dangerous people silenced when those people were women and they were just hurting men.
I almost wish Twitter had taken the Facebook route of evading explanation, settling for the more ‘mean girl’ method they employed to silence me on that platform. Knowing Twitter’s rationale didn’t make matters any more reasonable or less scary.
Of course, my story is just a microcosm of what is happening on a much larger scale with the great majority of social media platforms working collectively to silence anyone whose political views fall anywhere right of Mao.

Read more »
Posted by Angelo Agathangelou at 1:48 pm No comments: 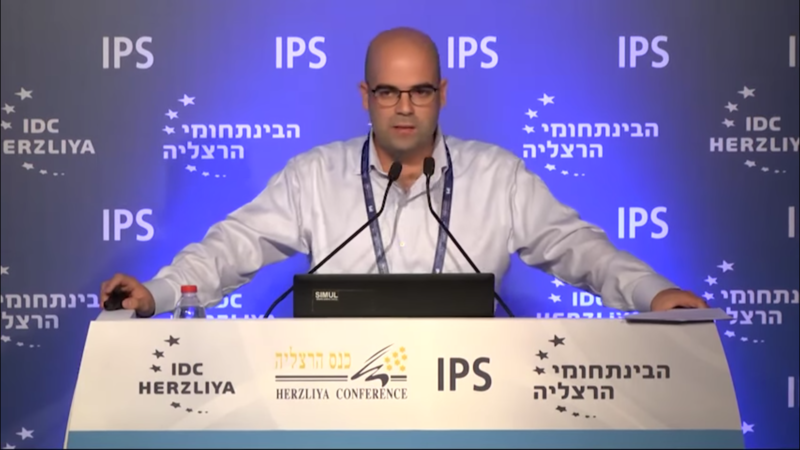 Act.IL’s chief executive Yarden Ben Yosef is an eight-year veteran of the Jewish Israel regime’s military intelligence agency. (YouTube)
By Asa Winstanley: Israel secretly operates a troll army of thousands, partly funded by a government department.
The Ministry of Strategic Affairs is dedicated to a global “war” against BDS, the boycott, divestment and sanctions movement for Palestinian rights.
To conceal its involvement, the ministry has admitted to working through front groups that “do not want to expose their connection with the state.”
The troll army Act.IL is one of many such groups. It focuses on spreading Israeli propaganda online.
What does it do with its million dollar budget?
Act.IL is run by a former Israeli spy who has argued that his outfit is involved in “a new kind of war.”

Read more »
Posted by Angelo Agathangelou at 10:05 am No comments:

"They're only going to hire a man if they can't find any women to do the job. ...This isn't law yet. ...Any job that's actually important. ...Or Jobs women don't want." Said Turd Flinging Monkey.
Posted by Angelo Agathangelou at 7:30 am No comments:

PCR: The Herland Report in Scandinavia is a good source of information and thoughtful comment from around the world. Most of the articles are in English. You would find Hanne Herland’s book, The Culture War, a fascinating explanation of the organized destruction of Western civilization.
https://www.hannenabintuherland.com/news/watch-video-international-book-release-the-culture-war-how-the-west-lost-its-greatness-hanne-nabintu-herland/

Posted by Angelo Agathangelou at 2:22 am No comments: