Life Expectancy Falters In The UK: Slow Death But Fast Profits For The Agrochemical Sector

'Monsanto found to be dumping toxic waste in the River Severn, public waterways and sewerage. ...shockingly high levels of weedkiller in packaged cereals. "The levels consumed in a single daily helping of any one of these cereals, even the one with the lowest level of contamination, is sufficient to put the person’s glyphosate levels above the levels that cause fatty liver disease in rats (and likely in people).” ...humans become confused about their gender or sex.' 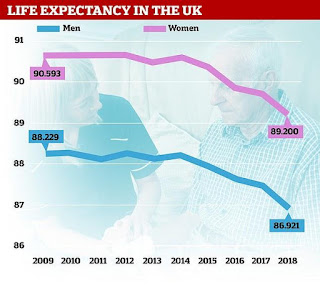 Authored by Colin Todhunter: A special report in the Observer newspaper in the UK on 23 June 2019 asked the question: Why is life expectancy faltering? The piece noted that for the first time in 100 years, Britons are dying earlier. The UK now has the worst health trends in Western Europe.

Aside from the figures for the elderly and the deprived, there has also been a worrying change in infant mortality rates. Since 2014, the rate has increased every year: the figure for 2017 is significantly higher than the one in 2014.

Read more »
Posted by Angelo Agathangelou at 8:08 pm No comments:

Max and Stacy discuss the fact that the old Italian lira, which is technically no longer legal tender, is still used as money, according to Italian police, who say that the mafia is still using it for illicit activity. In the second half, Max interviews Dan Collins for his thoughts on the Trump-Xi meeting that may happen at the G20 Summit in Osaka. They discuss the trade war, which side is winning and/or losing, and how a peace deal might be reached.

Read more »
Posted by Angelo Agathangelou at 5:40 pm No comments:

DoctorRandomercam: This took longer than it needed to. I think I’m getting bored of this. Send in the clowns, folks.
Posted by Angelo Agathangelou at 2:01 pm No comments:

If Today's Articles Existed In The 1950s

Barbara4u2c: This is a completely accurate portrayal of those times and no other scenarios exist as far as I'm concerned.
Posted by Angelo Agathangelou at 11:00 am No comments:

40 Lessons To Teach Your Kids Before They Leave Home 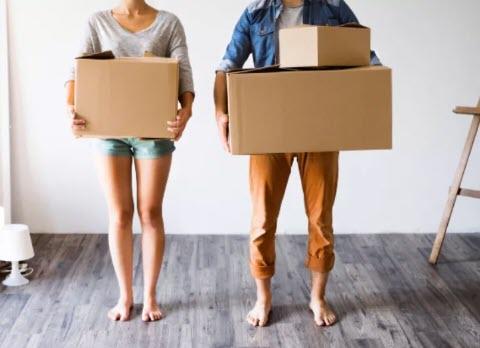 Authored by Daisy Luther: “Millennials” have been the butt of a million jokes about incompetence. The generation born between 1981 and 1996 is considered entitled, ultra-liberal, and naive about how life works. But maybe they’ve gotten a bad rap because what no one ever points out is that maybe the issue isn’t with these young people but with how they were raised. I know that my own millennial daughter is competent, frugal, and independent.
As a parent, the most important job I will ever hold is “mom” to my two daughters. And if I’m not teaching them the important life lessons they need to survive and thrive in this crazy world, I’m not doing a very good job at all. Of course, once they get out there, there are a million variables, but how they deal with those variables has a lot to do with whether they were raised to think independently or raised to wait for rescue.

Authored by Larry Sanger: Humanity has been contemptuously used by vast digital empires. Thus it is now necessary to replace these empires with decentralized networks of independent individuals, as in the first decades of the Internet. As our participation has been voluntary, no one doubts our right to take this step. But if we are to persuade as many people as possible to join together and make reformed networks possible, we should declare our reasons for wanting to replace the old.

We declare that we have unalienable digital rights, rights that define how information that we individually own may or may not be treated by others, and that among these rights are free speech, privacy, and security. Since the proprietary, centralized architecture of the Internet at present has induced most of us to abandon these rights, however reluctantly or cynically, we ought to demand a new system that respects them properly. The difficulty and divisiveness of wholesale reform means that this task is not to be undertaken lightly. For years we have approved of and even celebrated enterprise as it has profited from our communication and labor without compensation to us. But it has become abundantly clear more recently that a callous, secretive, controlling, and exploitative animus guides the centralized networks of the Internet and the corporations behind them.
The long train of abuses we have suffered makes it our right, even our duty, to replace the old networks.

Read more »
Posted by Angelo Agathangelou at 6:46 am No comments:

ONE RULE FOR ALL!

'Is there to be one rule for Jews and another rule for the rest of humanity?' 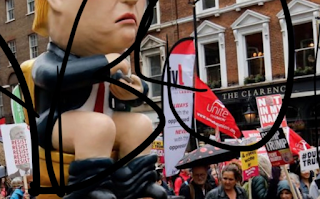 Eve Mykytyn: Any Labour Party member bold or stupid enough to make or be associated with negative statements about Israel, the Zionist politics that support Israel or who questions any piece of the present Holocaust narrative has been disciplined by the Party. Ex, See or See.

England has Jewish citizens and Israel is a British ally, these two facts somehow get conflated. Israel is a separate sovereign state, has been so for seventy years, and is likely to remain a country, and a rich and powerful one at that, for the foreseeable future. Britain’s Jewish citizens, like all Brits, have rights to protection from discrimination, hate speech and the like that derive from their British citizenship and are wholly unrelated to Israel. 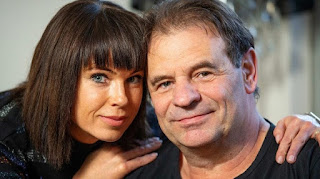 By Mark Dent: An alien or even a human being who has never been exposed to life in a feminist country ruled by the social media mob would be deeply confused by a story which recently dominated our news cycle here in Victoria.
John Setka, a bull of a man and longtime leader of a controversial and confrontational union, the CFMEU (Construction, Forestry, Mining and Energy Union) had to appear in court for sending a series of “misogynistic” texts to his wife, Emma Walters.
Magistrate Belinda Wallington said:


“The misogynist language is what’s causing me concern,” she said. “I’m not dealing with acts of horrendous violence. But it’s still nasty behaviour.”

Now why was John Setka sending abusive texts to his wife?
Well, Emma Walters had a serious drinking problem and decided to go for a drive to another state with her kids. When the police pulled her over, they discovered she had a blood alcohol reading five times above the legal limit- .282!