"The Deutsche Bank As You Know It Is No More"

'The bank which only a decade ago dominated equity and fixed income and sales trading and investment banking across the globe, and was Europe's banking behemoth, is no more.'
DB Exits Equities In $8.4 Billion Overhaul, To Fire Thousands

By Tyler Durden: The bank which only a decade ago dominated equity and fixed income and sales trading and investment banking across the globe, and was Europe's banking behemoth, is no more.
On Sunday afternoon, in a widely telegraphed move, Deutsche Bank announced that it was exiting its equity sales and trading operation, resizing its once legendary Fixed Income and Rates operations and reducing risk-weighted assets currently allocated to these business by 40%, slashing as many as 20,000 jobs including many top officials, and creating a €74 billion "bad bank" as part of a reorganization which will cost up to €7.4 billion by the end of 2022 and which will result in another massive Q2 loss of €2.8 billion, as the bank hopes to slash costs by €17 billion in 2022, while ending dividends for 2019 and 2020 even as it hopes to achieve all this without new outside capital.

The Zio-British Roots Of The Deep State: How The Round Table Infiltrated America 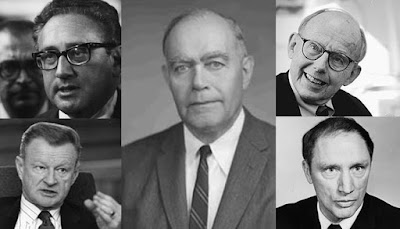 Authored by Matthew Ehret: With the nearly weekly revelations that the British Foreign Office, MI6, and GCHQ have been behind the long standing agenda to undermine the Presidency of Donald Trump and undo the peaceful alliance between nationalist leaders in America, Russia, China and elsewhere, a new focus on the British hand in undermining the United States has become a serious thought for many citizens. In the first week of the new year, fuel was added to this fire when internal memos were leaked from the British-run Integrity Initiative featuring a startling account of the techniques deployed by the anti-Russian British operation to infiltrate American intelligence institutions, think tanks and media.

The West Is Failing Because Of Ethnic Disunity And Failed Ideology

Failure of Complementarity:
from Multiculturalism to Devil-Worship 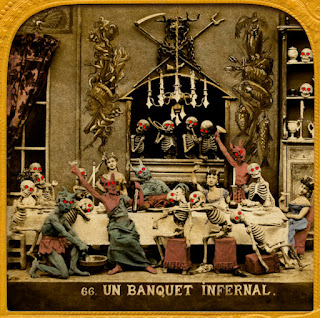 By Dmitry Orlov: Over the past week there has been a spike of renewed interest in an essay I wrote a year ago, Barbarians Rampage through Europe's Cemetery, in which I described how the steady degradation of the Western countries is being speeded up by the arrival of migrants from incompatible ethnic groups. What provoked this renewed interest was a post by Paul Craig Roberts in which he described my essay as “Europe’s—and America’s— obituary.” I certainly stand by everything I wrote—no matter how many people it rubs the wrong way—but over the intervening year I have done some research that has helped me understand why exactly the Western project has gone off the rails, and it turns out that I have a lot more to say on the subject.
Read more »
Posted by Angelo Agathangelou at 3:01 pm No comments: Links to this post

The Only Strategic Rationale For America's Involvement In Syria Finally Revealed

Congress had an opportunity to make a coherent recommendation on US policy in the Arab region in the interest of American National Interest, but instead chose to safeguard the wellbeing and security of a foreign state: Israel. 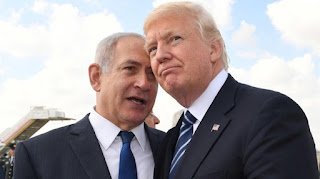 Authored by Elias Samo: “Washington lacks a clear strategy in Syria “; those were the recent words of Robert Ford, the last American ambassador to Syria who served prior to and during the first few years of the Syrian uprising from 2010 to 2014. A man of Ford’s intricate knowledge of the Syrian/American political dynamic is surly knowledgeable enough to assess America’s policy towards Syria. He goes on to say, “It is hard to explain the fundamental American mission in Syria… Is it to fight Daesh? Or is it to help promote a Kurdish autonomous district in Northeastern Syria… Or is it to resist Iranian encouragement?”

Read more »
Posted by Angelo Agathangelou at 12:11 pm No comments: Links to this post

'Did you really believe that this war would end wars?
Well, the suffering, the sorrow, the glory, the shame,
The killing, the dying, it was all done in vain.'
By César Chelala: Sir: I am writing to you in the name of many peace-loving people from all over the world, who are worried about our future and that of our children. A future that your dangerous policies put in terrifying danger. Attacking Iran will mean retaliatory actions that will cause havoc not only in Iran but throughout the region. 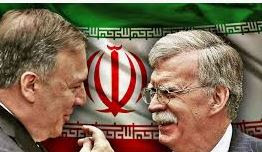 We see with increasing concern your efforts to start a military confrontation with Iran based on false premises. Such a move would only benefit the arms makers and would leave a trail of destruction the world has seen few times before. Although you are the most powerful man in the world, Sir, you don’t have the right to threaten world peace for reasons that are difficult to understand.

Read more »
Posted by Angelo Agathangelou at 9:43 am No comments: Links to this post

Confession Of A False Accuser

The C.O.C.K. Fairy: Hamilton Police currently have a Canada wide warrant for the arrest of Jamal Morris. I was sent links to a confession that his accuser lied. This is my report.
Posted by Angelo Agathangelou at 6:06 am No comments: Links to this post

Jason Liosatos: My talk with Brian Gerrish founder of https://www.ukcolumn.org/ Brian helps us see and feel the various mind control techniques to control populations and individuals and how our awakening and actions are the remedy.
Posted by Angelo Agathangelou at 3:33 am No comments: Links to this post

MRA-UK: There’s a lot happening in the world of DV and Family Justice at present. I don’t blame you if you’re not keeping up. Beyond the Family Justice Review Panel, recently blogged, there is another one taking off. But for now, here’s a statement from the National Manager of Families Need Fathers Both Parents Matter Cymru…

***
Image: Self loathing misandrist Mr Justice Stephen Cobb
A senior judge is at it again…
Which part of “go away” do parents not understand?
Mr Justice Stephen Cobb is a remarkable man. He has been charged with the design of much of the administration of Family justice in recent years. He has just completed a review of Private Law for the President of the Family Division. He’s also sitting on an MoJ panel looking at ‘safeguarding’. He is the brains behind the Child Arrangement Programme – the administrative
system to improve Private law procedures after the 2014 Children & Families Act as well as Practice Direction 12J – dealing with cases in which domestic abuse is alleged. We think he doesn’t like men – or specifically fathers. That may seem a pretty shocking accusation – but, as his colleagues in other fields of law might say – ‘he has previous’.