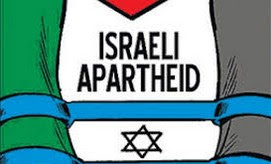 “I stand before you as the daughter of Palestinian immigrants, parents who experienced being stripped of their human rights, the right to freedom of travel, equal treatment,”
Rep. Rashida Tlaib

By Aiden Pink: The House of Representatives voted Tuesday by an overwhelming margin to pass a resolution condemning the boycott, divestment and sanctions (BDS) campaign against Israel and to endorse a two-state solution to the Israeli-Palestinian conflict.


The non-binding resolution passed 398-17. Resolution sponsor Rep. Brad Schneider, a Democrat from Illinois, told JTA that the measure’s resounding success shows that support for Israel is a bipartisan phenomenon.

Bettina Arndt talks on Sky News' The Bolt Report about the not-guilty verdict in actor John Jarratt's #MeToo case, where he was accused by a former housemate of rape over 40 years ago.

America’s Collapse: #1 In A Series 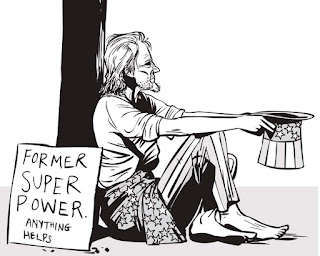 By Dr. Paul Craig Roberts: Readers aware that I, and Dmitry Orlov, have been chronicling America’s rapid decline ask me, “where did it all begin?”  To answer that question would require a massive history such as Jacques Bazun’s From Dawn to Decadence: 500 Years of Western Cultural Life.   All I can do for you is to show you recent evidence from our time.
Let’s begin an occasional series on the subject with asset forfeiture.  Asset forfeiture was one of those tactics that Sir Thomas More warned against in the play, “A Man for All Seasons.” Cutting down a protective feature of law in order to better chase after devils exposes the innocent to injustice along with the guilty.  The devil was the Mafia.  Asset forfeiture originated as a way to prevent gangsters from using their ill-gotten gains to hire better lawyers to defend them than the US Justice Department could hire to prosecute them.  In effect, gangsters were denied the use of their money in their defense. This was the beginning of an unconstitutional assault on private property and due process, but the judiciary, desiring that the Mafia be imprisoned, ignored their constitutional responsibility. The judges joined in the chase after devils.

The attempt to suppress official documentation of the ethnic cleansing of Palestinians in 1948 is not new. 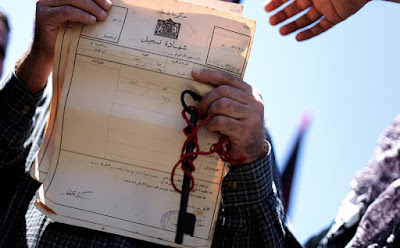 A Palestinian man shows the deeds to his land during a rally marking the Nakba. Ali Jadallah APA images
By Ilan Pappe: But efforts by teams from the Israeli defense ministry to remove sensitive documents from Israeli archives – as reported by the Haaretz newspaper recently – must be understood in a new political climate and are not simply an attempt to spare Israeli governments embarrassment, as some have suggested.
Those of us working with Nakba documents – Nakba means “catastrophe” and is the term Palestinians use for the expulsion in 1948 of some 800,000 people from their lands and homes in what became Israel – were already aware of the removal of these documents. For many years, for instance, historians were unable to revisit “the village files,” which formed an important proof in my argument that the 1948 war was an act of ethnic cleansing.

thejuicemedia: The Australien and Victorien Governments have made an ad about destroying ancient sacred trees to upgrade the Western Highway, and it’s surprsingly honest and informative!
Posted by Angelo Agathangelou at 10:12 am No comments: Links to this post

Like Churchill and Woodrow Wilson, another politician bought and paid for by Jewish elites
Read more »
Posted by Angelo Agathangelou at 7:26 am No comments: Links to this post

Murder By Identity Politics - The Result Of Teaching Blacks Hatred Of White People: 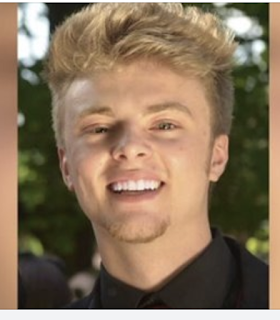 His Name Is Tyler Wingate: 24-Year-Old White Man Gets in Car Accident with Black Male in 83% Black Detroit... Black Motorist Beats Him to Death


By Paul Kersey: Previously on SBPDL: A Black Mob Nearly Lynched (Yes, Lynched) Steven Utash, a 54-Year-Old White Tree Trimmer, in 83 Percent Black Detroit
What’s life like in 83 percent black Detroit for a white person? Even for a white man just passing through? [Video shows Berkley man beaten to death after early morning car crash on Detroit’s west side, Fox 2 Detroit, July 22, 2019]:
Read more »
Posted by Angelo Agathangelou at 4:16 am No comments: Links to this post

Iran - Seizure Of A British Tanker - More Than Tit For Tat

'World beware! Even those who are in favor with the self-declared hegemon, you never know when the pendulum may swing the other way, simply because the Jewish Israel-driven US of A may be on a whim aggression course against an imaginary enemy.' 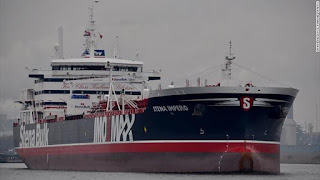 By Peter Koenig: The British-flagged tanker “Steno Impero”, heading for Saudi Arabia, was seized on Friday, 19 July 2019, by the Islamic Revolutionary Guard Corps (IRGC), in the Strait of Hormuz, after it rammed an Iranian fishing boat, whose distress call it ignored.
The tanker was taken to an Iranian port, because it was not complying with “international maritime laws and regulations,” Iran’s Revolutionary Guard said. Most importantly, the ship did not respond to several warnings from helicopters and Iranian boats, as apparently it turned off its transponder. How could that happen under control of professional sailors, other than as an open provocation.

Read more »
Posted by Angelo Agathangelou at 1:43 am No comments: Links to this post