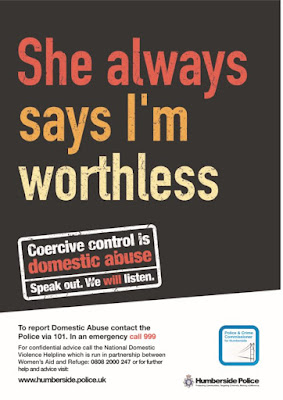 By MRA-UK: On 29 December 2015, the government introduced the offence of controlling or coercive behaviour in an intimate or family relationship as part of the Serious Crime Act 2015. The Office for National Statistics (ONS) report annually on crime statistics, including domestic abuse – the crime surveys for England and Wales (CSEW). Existing surveys include questions relating to non-physical domestic abuse but these do not align with the definition of coercive control as legislated in December 2015. Indeed, how coercive control consistent with the legal definition is to be measured is an open question. Accordingly, the ONS has carried out research into possible measures of coercive control, trialling new survey questions starting in April 2017. On 18th April 2019, the ONS published the results of their research based on survey responses obtained in the period April 2017 to March 2018. This blog piece discusses their findings and actions.

When 3 member states in the United Nations tried to pass a resolution condemning Israel’s act of demolishing Palestinian homes – which contravenes international law – the United States blocked the measure. 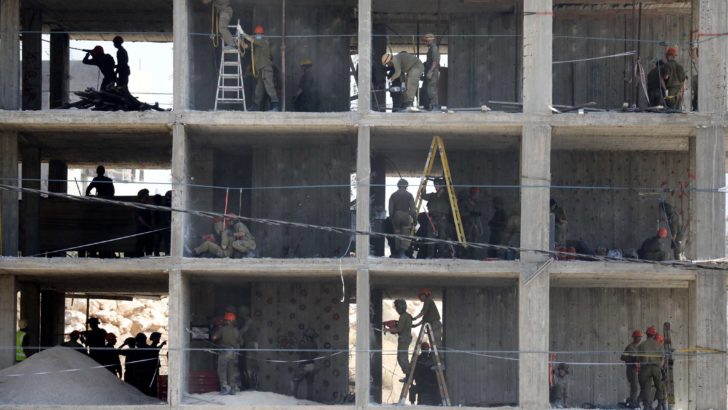 Read more »
Posted by Angelo Agathangelou at 4:03 pm No comments: Links to this post

Venezuela has faded from the news since Guaido's [read: the US'] failed coup. - But although Venezuela is out of the limelight, Russia has not forgotten her ally...
RI: Transcription: Russian companies will expand their presence in Venezuela, said the Russian Deputy Foreign Minister, Sergei Ryabkov, following his meeting with the Vice President of Venezuela, Delcy Rodríguez. We're talking about trading, engineering, pharmaceuticals, and mining.

Ex-Jew Gilad Atzmon: A new report out of Israel has revealed that Israeli pressed conscripts are being imprisoned for leaving their posts in broad daylight, and sometimes at night too. The Jewish Israeli regime has revealed that over 10,000 - that's one in every 15 pressed members - spent time in a military prison in 2018.

Posted by Angelo Agathangelou at 9:48 am No comments: Links to this post

Did Trump Just Threaten To Attack Iran With Nukes For The Jews?

He said he could destroy Afghanistan but was signaling elsewhere. The scary part is there's already a plan. By Scott Ritter: On Monday during a press conference between Donald Trump and Pakistani Prime Minister Imran Khan, Trump spoke rather casually of having reviewed plans to annihilate Afghanistan.


Trump’s seemingly blasé reference to a hypothetical mass murder on a scope and scale never seen in the history of mankind was stunning. We know, given the state of play in Afghanistan, that it will never happen. But it wasn’t offhand. Such a policy of total destruction could also be seen as applying to Iran, and the potential for the use of nuclear weapons in the event of a U.S.-Iranian conflict is far from hypothetical. He knew exactly what he was doing.
Read more »
Posted by Angelo Agathangelou at 6:06 am No comments: Links to this post

...the Woke firms are not just satisfied with policing their own employees for un-Woke attitudes and thoughts... also imperialistic in pushing their social and political views elsewhere and not being afraid to use threats when challenged. 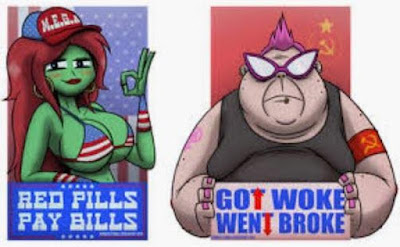 Authored by William Anderson: In preparation for the inauguration of President Barack Obama, who recently had won re-election, Washington, DC, was festooned in flags, including the so-called Betsy Ross Flag, with 13 stripes and 13 white stars in a circle against a blue background. But that was sooo 2013, which was still an “unwoke” era by today’s “higher” standards. 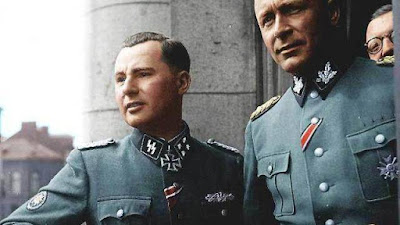 Image: Belgian SS General, Leon Degrelle (Left). 600,000 of the 1 million strong SS were volunteers from all over Europe.
His life began in 1906 in Bouillon, a small town in the Belgian Ardennes. As a student at the University of Louvain, he earned a doctorate in law. His keen interests were wide-ranging, and included political science, art, archeology and Thomistic philosophy. In his student days he traveled in Latin America, the United States and Canada. He visited North Africa, the Middle East and, of course, much of Europe.