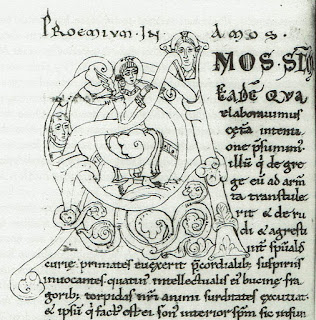 By Author Douglas Galbi: Like Dhuoda’s ninth-century Liber manualis, Guibert of Nogent’s twelfth-century Monodiae intimately concerns a mother-son relationship. Liber manualis is an artifact of Dhuoda’s presence, a book that she bequeathed to her son in her absence. Guibert’s mother, in contrast, was with Guibert in his everyday life and guided him in person. Both Dhuoda and Guibert’s mother had an ideological purity like today’s earnest reader of the New York Times. In a way nearly unimaginable today, Guibert recognized his impurity and trusted in God’s mercy.
Guibert’s mother was closest to him in his ladder of hope for salvation. She was his biological mother in the model of Mary, the Mother of the Church. Guibert declared to God:

Exposé: Iraqi Rappers Are Being Thrown In Jail

DCCC Executive Director Forced to Resign Because She’s White - Apologizes and cries for not contributing to “diversity”. 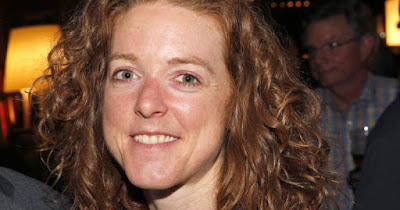 By Paul Joseph Watson: Democratic Congressional Campaign Committee Executive Director Allison Jaslow fell on her sword for the sake of “diversity” after she was forced to resign for being white.
Yes, really.
“Jaslow, an Iraq War veteran, attended an all-staff meeting on Monday to make it official after two Hispanic lawmakers – Reps. Vicente Gonzalez and Filemon Vela – demanded she step down on Sunday for not doing enough to “diversify” DCCC leadership,” reports the American Mirror.
Claiming that the organization was in “complete chaos,” the lawmakers demanded DCCC chairwoman Cheri Bustos “appoint a qualified person of color, of which there are many, as executive director at once.”
Jaslaw then reportedly held a meeting with her staff during which she cried and apologized for not supporting “diversity” strongly enough.

The latest Jewish regime violation of the International Convention on the Rights of the Child - the Jewish Israel regime on Monday issued a summons for a little 3-year-old Gentile child to be brought to the Jerusalem police station for interrogation. 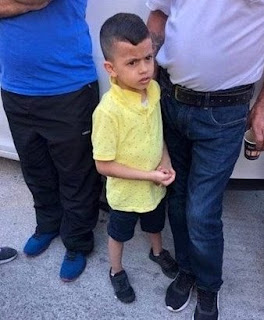 IMEMC: During an invasion of the East Jerusalem concentration camp al-‘Isawiya Monday night, Jewish Israeli death forces IDF stormed the block of 3-year old Mohammad Rabi ‘Alian, and handed a summons to his parents for him to appear the following day for interrogation about possible stone throwing.
At the time of the summons, dozens of Gentile [Palestinian] residents of the concentration camp accompanied the small boy to the Jewish interrogation center, holding a protest outside while the little child headed in to be interrogated by the Jews.
The Palestinian Prisoners Society called for an investigation into the incident, which they pointed out was a blatant example of the Jewish terrorist occupation’s criminality against little children.

'This is unregulated international gangster capitalism at work.  Destroy the planet for everyone else so that a handful of gangsters can acquire fortunes.' 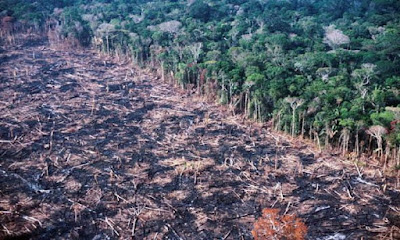 By Dr. Paul Craig Roberts: The corrupt Brazilian government installed by Washington has decided to destroy the Amazon Rain Forest.  This will adversely affect the Earth’s climate by eliminating a massive carbon sink.
The beneficiaries of the destruction of the rain forest are the timber loggers who are buddies with Brazilian president Jair Bolsonaro, environmental minister Ricardo Salles, and farming lobbyist Tereza Cristina Dias.
One might have thought that the build-up of CO2 and the impact of carbon emissions in raising the temperature of Earth would result in more careful and responsible policies than one that destroys a unique ecological habitat that stabilizes the Earth’s climate.

The Church of the Transfiguration on Mt. Tabor has asked the Jewish state Israel repeatedly for basic services, including water, but because they are 'Goyim' and 'Shiksas' [rude Jewish words for men and women who are not Jewish and therefore not welcome] the Jews have been refused. A suspicious fire on Friday caused significant damage due to this Jewish regime “negligence.” 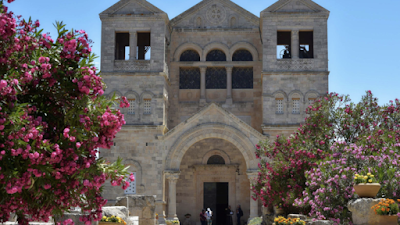 By Nir Hasson: The Vatican’s custodian of holy sites in Israel accused the Jewish regime of risking the lives of monks at a Mount Tabor monastery after a suspicious fire broke out Friday. The fire raged until early Saturday and required the evacuation of the Franciscan Church of the Transfiguration, which does not have running water.
Read more »
Posted by Angelo Agathangelou at 6:15 am No comments: Links to this post