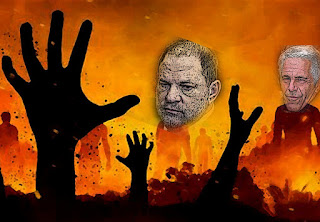 By ex-Jew Gilad Atzmon: In this study I intend to delve into a deeply troublesome topic. Due to the growing sensitivity concerning ‘anti-Semitism’ and new legislation designed to restrict discussion of topics related to Jewish politics, culture and history, I have limited myself to sources that are Jewish, Israeli or mainstream news.

From Weinstein to Epstein
to Malka Leifer and Beyond
“Not Just Weinstein: The Year #MeToo Rocked and Shocked the Jewish World” was the title of a 2018 Haaretz article that reviewed the overwhelming majority that are Jews who were involved in sex scandals that year.
Read more »
Posted by Angelo Agathangelou at 7:52 pm No comments:

"Our parliament is running experiments with actual human beings, destroying lives to test out their new system, uncaring of the cost in human life and in destruction to families, destruction of careers, creating poverty, creating lifelong trauma for people who are actually innocent, smashing their families, taking parents away from children. The only people we're going to destroy are the ones that don't matter. The ones that don't matter may be your father. Doesn't matter. Maybe your brother, he doesn't matter, we can throw him away, we're doing an experiment, it's for science. Maybe your son, throw him on the fire, we're doing an experiment." Said johntheother.
Posted by Angelo Agathangelou at 6:15 am No comments:

The C.O.C.K. Fairy: Judge Bruce Henning in Saskatchewan issued a decision August 1, 2019 saying the new misandric rules of evidence in sexual assault trials violate the rights of the accused.
Posted by Angelo Agathangelou at 3:33 am No comments:

CNN Zio-shill Jake Tapper, schooled to be pro-Jewish Israel, likened the heroic Palestinian liberation movement to white supremacy – social media commenters are not having it… 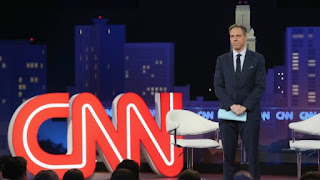 CNN’s Jake Tapper speaks during the ‘CNN Democratic Town Hall’ at ACL Live at The Moody Theater during the 2019 SXSW Conference And Festival on March 10, 2019 in Austin, Texas. (Photo: Gary Miller/FilmMagic)
By Eoin Higgins: [Editor’s note: in a related article, Alison Weir wrote:
Tapper attended Akiba Hebrew Academy, since re-named Jack M. Barrack Hebrew Academy, which is proud of inculcating its students with loyalty to Israel.


The school website states that it offers a trip to Israel for eighth graders, as well as a trimester-long study abroad program in Israel during their junior year. The site adds,
Read more »
Posted by Angelo Agathangelou at 1:07 am No comments: