"All these unresolved mysteries give Americans a reason to want to arm themselves against a recklessly rogue
and sinister government..."
Authored by James Howard Kunstler: The only trouble with the conspiracy theory that hundreds of prominent and powerful people wanted Jeffrey Epstein dead is that Jeffrey Epstein might have wanted Jeffrey Epstein dead even more than they did. But that’s mere conjecture. His mind is beyond being read. Of course, the evidence of his alleged crimes didn’t die — the “meticulous” records he kept live on, along with the names of Mr. Epstein’s patrons, clients, marks, however you might classify the celebs drawn into the pulsating estrogenic bubble of his life, humming that old tune “Thank Heaven for Little Girls….”


Read more »
Posted by Angelo Agathangelou at 10:19 pm No comments: Links to this post

Bernie Sanders is a 2020 Presidential Candidate of the Democratic Party and is currently serving as the U.S. Senator of Vermont. https://berniesanders.com/
Posted by Angelo Agathangelou at 7:50 pm No comments: Links to this post

In a discussion tinged with racism, Jewish power brokers in Detroit have vowed to get Rep Rashida Tlaib (D-MI) out of office at any cost – “for Jewish reasons.” 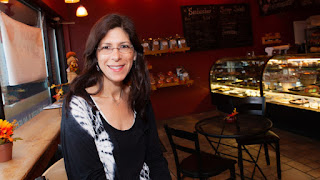 Lisa Lis, philanthropist, from the Jewish Federations of Detroit website.


By Philip Weiss: In recent days a shocking report about powerful Detroit Jews using money to try to defeat Rep. Rashida Tlaib has been circulating on the web; and Tlaib says the attitudes in the story are evidence of “hate” and dehumanization of Palestinians.
Ron Kampeas of the Jewish Telegraphic Agency reported on a gathering of Jewish power brokers in Detroit last week, arranged by a leading Jewish organization, at which they vowed to raise money to get rid of Tlaib because she supports boycott of Jewish Israel.
Read more »
Posted by Angelo Agathangelou at 3:45 pm No comments: Links to this post

Bodies On The Ground And Rise Of The Economic Elite

US citizenry thanks the soldiers of its racist wars of aggression for their “service.” 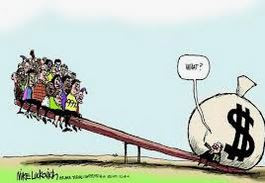 By Phil Rockstroh: The US is less of a nation than a collective, psychotic episode.
Within day to day life in the nation, a cultural aura exists that shifts, mingles, and merges between a sense of nervous agitation and displaced rage, in combination with a sense of weightlessness. The fragmented quality of daily life imparts an insubstantial, unreal quality wherein the citizenry of the capitalist/consumer empire of hungry ghosts drift through a nadascape comprised of ad hoc, fast-buck-driven, suburban/exburban architecture and the ersatz eros of constant, consumer come-ons.

'The nation’s [US] political class, ...there is compelling evidence that they present a clear and present
danger to themselves and others.'
Read more »
Posted by Angelo Agathangelou at 11:44 am No comments: Links to this post

Roth, Dylan, The Jewish Lobby And The Nobel Prize 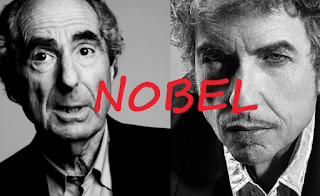 Introduction by GA: The other day I found the following comment under my  Predators United article on unz.org. I am not in any position to validate or refute the explanation offered in regard to the Nobel Committee’s decision to award the 2016 Nobel Prize in Literature to Bob Dylan. Whether the story offered here is truthful or not, it seems as if Jewish power (pressure, relentless lobbying, the obsession with anti-Semitism etc.) is gradually becoming a comic act.

schrub says: I recently heard a rather revealing story about Phillip Roth.
In or 2015 or 2016 the committee that was to chose the winner of the Nobel Prize for literature came under intense pressure to award the prize to the then-ailing Roth since Nobel Prizes cannot be awarded after a recipient’s death. Besides the scheduled time had come to award a Jew the prize.

“Yes, We Are RACISTS” “Come, Be My SLAVE” Being Taught By Jewish Witch Doctor (AKA Rabbi) Regarding Gentiles

Students at Jewish military colleges in neo-colonialist Israel are being indoctrinated into Jewish Supremacy – this is not a new scandal, but evidence of virulent racism is stacking up against run of the mill Jewish rabbis. 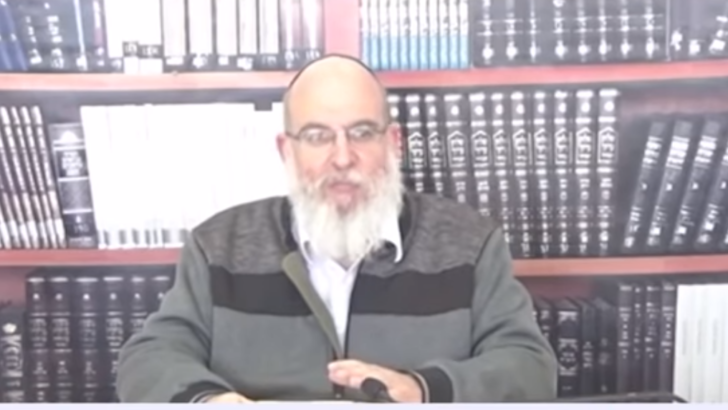 Eliezer Kashtiel, from Youtube as aired by i24 news. Screenshot.
By Yossi Gurvitz: A prestigious religious institute for Israeli army officer candidates is embroiled again in anti-human rhetoric. A rabbi at the school has been exposed (Hebrew) calling for the enslavement of Palestinians. The text was discovered by blogger/lawyer Yair Nehorai, who’s been documenting the scandalous teaching of the Bnei David religious college rabbis for over a year.
Read more »
Posted by Angelo Agathangelou at 2:37 am No comments: Links to this post