The Glass Blind Spot: Examining evidence suggesting that Men’s Rights Activist’s are anti-women, anti-equality and a gateway to far right extremism. Includes an analysis of Hope Not Hate’s State of Hate 2019 Report featuring J4MB's Elizabeth Hobson and Natty from the Woman’s Liberation Network.
Posted by Angelo Agathangelou at 10:43 pm 1 comment:
Email ThisBlogThis!Share to TwitterShare to FacebookShare to Pinterest

'Where is the connection between fighting assimilation and having sexual encounters with underage non Jewish girls?' Aka Shiksas. 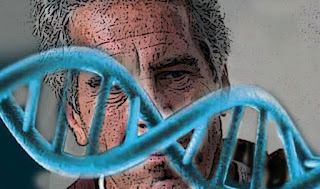 By Eve Mykytyn: Marissa Brostoff and Noah Kulwin wrote an opinion piece about the Epstein scandal in the self-described leftist outlet Jewish Currents. Entitled “The Right Kind of Continuity,”  the article is a ‘who is to blame’ piece. Is Epstein’s scandal peculiarly Jewish?  If so, which Jews are to blame? Not surprisingly, their analysis finds a few very rich and generally right wing Jews guilty. First the authors point to the number of Jews seemingly involved with Epstein,  even noting that Woody Allen was the first name in Epstein’s little Black Book. But they dismiss the significance of the disproportionate number of Jews friendly with Epstein, concluding that since “[a]fter all, Epstein’s friends also included plenty of prominent non-Jews (Donald Trump, for instance),” Jews were not particularly to blame.

Read more »
Posted by Angelo Agathangelou at 1:11 pm No comments:
Email ThisBlogThis!Share to TwitterShare to FacebookShare to Pinterest

...what this all means is that Britain is set to pander even more than usual to Washington’s imperious foreign policy. 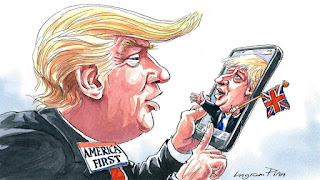 Authored by Finian Cunningham: Since Boris Johnson took over as Britain’s new prime minister three weeks ago he has been holding intensive phone calls with US President Donald Trump, according to media reports. There is a buzz that the much-vaunted “special relationship” between the US and Britain is finding new ardor.
But this supposed special alliance is never about equals, despite pretensions. It’s all about Britain doing the bidding of its master in Washington. So when the pair are patting each other’s backs that means potential trouble for the rest of the world from abuse of power by Washington and its enabling British lackey.