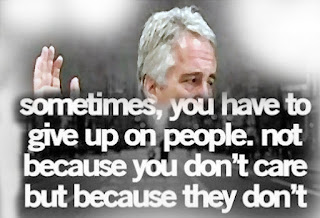 By ex-Jew Gilad Atzmon: A few days ago Vanity Fair,  the same outlet that once attempted to block the exposé of monster paedophile Jeffrey Epstein, published an article by Venessa Grigoriadis that provides some details of  Epstein’s friend and alleged ‘co-conspirator’ Ghislaine Maxwell.
Multiple victims claim that Maxwell often brought girls to Epstein and that she was an active sexual participant as well.

He was never ‘a financier.’ He specialised in accumulating filth, he was an official Jewish lobby paedophile
Read more »
Posted by Angelo Agathangelou at 11:01 pm No comments: Links to this post 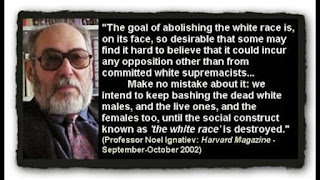 “If you are a white male, you don’t deserve to live. You are a cancer, you’re a disease, white males have never contributed anything positive to the world! They only murder, exploit and oppress non-whites! At least a white woman can have sex with a black man and make a brown baby but what can a white male do? He’s good for nothing.” — Noel Ignatiev as quoted in Diversity Chronicle
“The President is a white nationalist terror leader. His supporters—ALL OF THEM—are by definition white nationalist terror supporters. The MAGA hat is a KKK hood. And this evil, racist scourge must be eradicated from society.” — Reza Aslan on Twitter
By Dr. Paul Craig Roberts: Some responses to my two recent columns on genocide prove my point. I am told that it is impermissible to protest the demonization of white people, not because it is untrue but because white people deserve to be demonized.

Read more »
Posted by Angelo Agathangelou at 3:55 pm No comments: Links to this post

'The Dark Lord' Soros & Koch Unite To Censor The Internet

'Censorship is necessary for tyranny
so it makes sense that those who need
the government to enslave humanity
would be working together to achieve
the means to an end.' 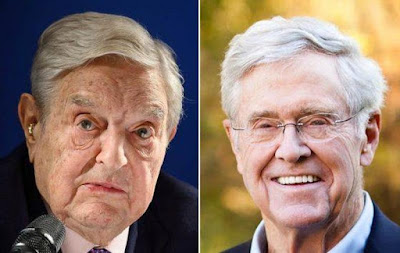 Authored by Mac Slavo: Establishment left-wing and establishment conservative billionaires are teaming up to censor the Internet.  It looks like elitists on both sides of the political aisle are trying to make sure you only get the information they want you to have.
Organizations established by national currency rapist 'The Dark Lord' Soros and fellow neo-con-artist Charles Koch have been working together on a key priority of globalist-con neoliberals and neo-con-artists: censorship of the Internet,

5 Signs You're Dealing With A Malignant Narcissist

COC
Posted by Angelo Agathangelou at 1:44 am No comments: Links to this post