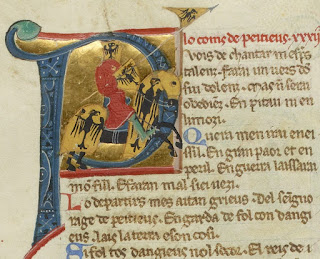 Read more »
Posted by Angelo Agathangelou at 10:04 pm No comments: Links to this post

By MRA-UK: Until 2017 GCSE grades were labelled A*, A, B, C…, with A* as the top grade. This year (2019) all GCSEs have been graded under a new system, from 9 down to 1, with grade 9 as the top grade. (This is most confusing for us old timers who took O Levels which were also graded 1 to 9, but for which the top grade was 1 and grades 7, 8 and 9 were fails).
The new top grade 9 is substantially harder to obtain than the old grade A* (which was itself introduced when too many candidates were achieving grade A). The old grade A* aligns more closely with the new grade 8.
In 2018 both the new and the older GCSE grading was used, depending upon location.
Here I summarise the key GCSE results in relation to comparative performance by sex. Data has been taken from Brian Stubbs site. Data for 2019 (new system) relates to England only. Data up to 2018 (old system) relates to the whole UK.

On June 8, 1967, 34 American servicemen were killed and 174 were wounded during a Jewish Israeli attack on the USS Liberty. According to former Chairman of the Joint Chiefs of Staff Admiral Thomas Moorer, “Those men were then betrayed and left to die by our own government.” The survivors are still awaiting justice.
If Americans Knew: Survivors of the lethal 1967 Jewish Israeli attack on the USS Liberty have been attacked, threatened, and bullied. Yet, they continue to speak out, and their fellow American veterans support the them, one of the most decorated crews in US Naval history.

In 2017 the members of the American Legion passed a resolution calling for a full investigation of the Jewish Israeli attack.
Despite this resolution, American Legion leaders continue to censor the Liberty, prohibiting them from having a booth at the national convention.

Read more »
Posted by Angelo Agathangelou at 4:17 pm No comments: Links to this post

'Why I Stopped Being White And You Should Too' By Nicky Reid, CounterPunch

'A family just arrived from the Congo can be given free housing in Mormon Utah, but hundreds of thousands of the “imperial majority” are homeless. -The more I think about it, Nicky has to be writing a parody of the left. CounterPunch must be poking fun at itself.'
By Paul Craig Roberts: What poses as the left, but isn’t, is completely bonkers. When I first read the following, I thought it was a parody, but is it?
For the American left, nothing is real. Everything is a “social construct,” race, gender, sexual preference, whatever. But the “white race,” apparently is an exception to the “everything is a social construct” and is “a very unique creature, and a dangerous one”:
“The white race is unique in that it is the first defining race of the imperial era and modern day imperialism defines its very existence. The Western Europeans designed the concept of whiteness to justify their expanse and enslavement of the New World and it’s dark skinned cousins across the Global South. As the insatiable nature of capitalism demanded endless expansion, it’s moneyed mandarins required the creation of a new super-class to rationalize the enslavement of the darker nations. This concept became even more necessary with American independence and the fall of monarchism.”
In order to consolidate “white supremacy’s ill-gotten gains,” white supremacists invented new races—“the colored races of black and Latino.”
If you are lost, so am I. 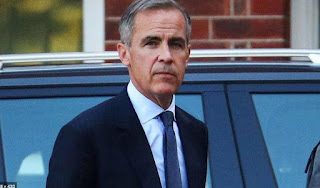 "In the longer term, we need to change the game. When change comes, it shouldn’t be to swap one currency hegemon for another."
By Tyler Durden: After Jerome Powell's neutral-to-slightly-dovish-but-mostly-boring speech on Friday morning, investors could be forgiven for suspecting that this year's Fed-sponsored gathering in Jackson Hole might be disappointingly dull (especially with all that's going on in Trump's twitter feed, the escalating trade war and escalating geopolitical unrest).
Then along came former Goldman banker and current (outgoing) BOE governor, Mark Carney, who in his lunchtime address laid out a shocking, radical proposal - perhaps the most stunning thing to ever be unveiled at Jackson Hole - urging to replace the US Dollar with a "Libra-like" reserve currency in a dramatic revamp of the global monetary, financial and economic order.