Emotional responses are gradually crowding out fact and evidence based reason. Truth is losing its connection to objectivity and is becoming agenda based. If it serves the agenda, and agendas are increasingly emotion based, it is truth. Many can no longer comprehend the content of what they read. Words become like a bullfighter’s red cape. They set off emotions, not thought. Depending on how people have been programmed by their education, indoctrination, and value inculcation, they have emotive responses.

'Americans, indeed the entirety of
Europe, live in The Matrix.'
Read more »
Posted by Angelo Agathangelou at 10:41 pm 1 comment: 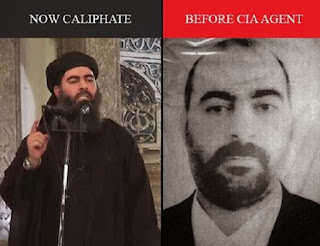 ISIS Leader ‘Al-Baghdadi’ is ‘Jewish Mossad Agent’ Named Simon Elliot
By Tyler Durden: A strange series of blasts at Gaza concentration camp checkpoints that rocked the camp Tuesday evening has resulted in a rare admission by the concentration camp's "health ministry" that a prior statement blaming Jewish Israeli Death Forces IDF for the new attacks was inaccurate. It now sent a coded message saying Jewish Mossad's ISIS cells active in the strip are responsible.
On Wednesday morning Gentile authorities declared a 'state of emergency' amid a crackdown on all sorts of gentile organisations after at least three Gaza concentration camp inmates were reported killed in twin Jewish ISIS suicide explosions on separate checkpoints after motorcycles detonated at the sites.

Read more »
Posted by Angelo Agathangelou at 8:36 pm No comments:

'Thousands of baby’s foreskins
worth up to $100,000 each.'
By Gary Costanza: Dr. Briana Oster of Precision Medical Solutions has been added to the directory of “Known Genital Mutilators” at neonatalcutting.org.
This mutilator is as bad as it gets. See her tangle with Brother K in the video below. 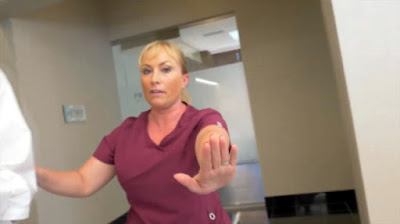 Independent Man: The Labour Party has proposed sweeping changes to all things gender related as part of their National Platform.
Posted by Angelo Agathangelou at 12:51 pm No comments:

'The pernicious doctrine of yes-dearism'
Good lady, you may burn or hang him
or do anything you happen to desire,
for there’s nothing that he can refuse you,
as such you have him without any limits.
{ Bona domna, ardre.l podetz o pendre,
o far tot so que.us vengua a talen,
que res non es qu’el vos puesca defendre,
aysi l’avetz ses tot retenemen. } [1] 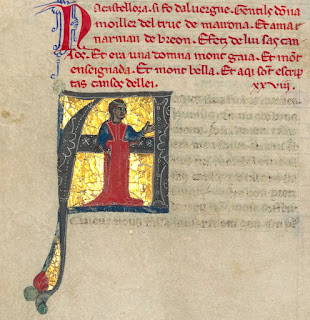 By Author Douglas Galbi: Men have long been sexually disadvantaged. While men’s structural disadvantages are scarcely acknowledged within gynocentric society, a small number of medieval women writers courageously advocated for men. In Occitania early in the thirteenth century, the extraordinary trobairitz Lady Castelloza spoke out boldly against gender inequality in love and men having the status of serfs in sexual feudalism.
And if she tells you a high mountain is a plain,
agree with her,

Read more »
Posted by Angelo Agathangelou at 7:06 am No comments:

Sargon: Comedian Dave Chappelle is not backing down and it is glorious.

Read more »
Posted by Angelo Agathangelou at 4:44 am 1 comment:

Max and Stacy discuss Americans living paycheck to paycheck despite a 40-year bull market in bonds where interest rates have been declining year after year for decades. In the second half, Max continues his interview with Wolf Richter of WolfStreet.com about 100-year bonds, Argentina’s latest likely default, and the housing market in the US.
Posted by Angelo Agathangelou at 1:56 am No comments: