Authored by Jessica Corbett: A Vox report that swiftly sparked alarm across the internet Friday outlined how, "in the era of neurocapitalism, your brain needs new rights," following recent revelations that Facebook and Elon Musk's Neuralink are developing technologies to read people's minds.
As Vox's Sigal Samuel reported: 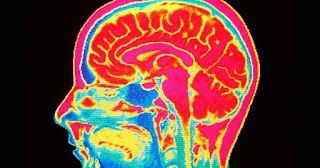 Mark Zuckerberg's company is funding research on brain-computer interfaces (BCIs) that can pick up thoughts directly from your neurons and translate them into words. The researchers say they've already built an algorithm that can decode words from brain activity in real time.
And Musk's company has created flexible "threads" that can be implanted into a brain and could one day allow you to control your smartphone or computer with just your thoughts. Musk wants to start testing in humans by the end of next year.

Read more »
Posted by Angelo Agathangelou at 8:19 pm No comments: Links to this post

In Europe, people are dying because they’ve been told that their sacrifices will save the planet... While the rest of the world is cooling off, Europe is in thrall to a pagan pseudoscientific cult. 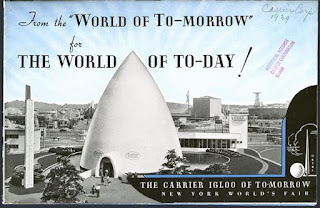 Authored by Daniel Greenfield: "Do Americans Need Air-Conditioning?" a New York Times piece asked in July. Air conditioning, it argued, is bad for the environment and makes us less human. It ran quotes suggesting that, "first world discomfort is a learned behavior", and urging "a certain degree of self-imposed suffering".
If environmentalists ruled the world, air conditioning wouldn’t exist. And there’s a place like that.

Read more »
Posted by Angelo Agathangelou at 4:15 pm No comments: Links to this post 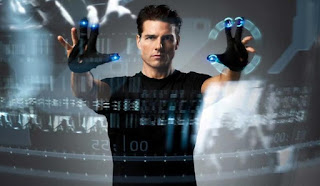 If the public become aware of what Palantir is doing, the backlash will dwarf the data privacy scandals
By Tyler Durden: Palantir's technology was developed in warzones like Fallujah, where it was used to anticipate roadside bombs and attacks by insurgents. Now, it's being used on the streets of Los Angeles to root out criminals like something straight out of the movie "Minority Report."
Unsurprisingly, the privately-held tech firm is backed by the CIA's venture-capital arm. Now, the company has gathered massive amounts of data on the American populace, which it farms out to police departments, who use it to track down criminals before they strike.
But the company's technology isn't only used to track down common street thugs. It's also used to track and anticipate the crimes of white collar fraudsters like Bernie Madoff.
Little is known about the company, which, unlike most tech startups, has no plans to go public. In 2013, CEO Alex Karp, Palantir’s CEO, explained that "running a company like ours would be very difficult" if it was exposed to the scrutiny that comes with being a public company.

Read more »
Posted by Angelo Agathangelou at 1:13 pm No comments: Links to this post

We must always remember that it is not only the road to hell that is paved with good intentions. It is also the road to tyranny... 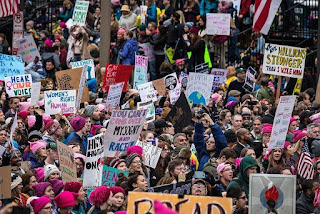 Authored by Alan Dershowitz: Civil liberties are in greater danger today from the intolerant hard-left than from the bigoted hard-right. This may seem counterintuitive: There has been far more violence — mass shootings in malls, synagogues and other soft targets — from extremists who identify more with the hard-right than with the hard-left. But the influence of the hard-left on our future leaders is far more pervasive, insidious and dangerous than the influence of the hard-right.
People on the "woke" hard-left seem so self-righteous about their monopoly over Truth (with a capital T) that many of them see no reason to allow dissenting, politically incorrect, views to be expressed. Such incorrect views, they claim, make them feel "unsafe." They can feel safe only if views they share are allowed to be expressed. Feeling unsafe is the new trigger word for demanding censorship.

Last week was full of portentous events. Only somebody who has not been awake for the last few years will fail to realize how these at first sight unconnected events are part of the same matrix... 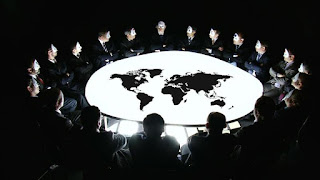 Authored by Jon Hellevig: There was the ever louder talk in mainstream media about an approaching global recession, inverted yield curves and the negative yields, which tell us that the Western financial system is basically in coma and kept alive only by generous IV injections of central bank liquidity. By now it has dawned on people that the central bankers acting as central planners in a command economy and printing money (aka quantitative easing) to fuel asset bubbles are about to wipe off the last vestiges of what used to be a market economy.

Read more »
Posted by Angelo Agathangelou at 8:07 am No comments: Links to this post

JohnTheOther: Feminists have engineered the oppression they always wanted, and Men following the new rules of Metoo is apparently "punishing" women. - Welcome to Clown World, Gentlemen, conduct yourselves accordingly
Posted by Angelo Agathangelou at 4:54 am No comments: Links to this post 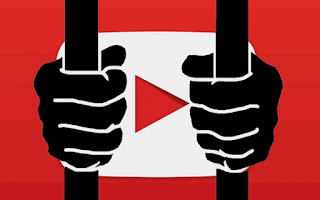 Authored by Chris Menahan: Misandric feminist CEO Susan Wojcicki said Tuesday that it’s “more important than ever” for YouTube to remain an “open platform” just one day after going on a massive banning spree targeting MHRAs (men's human rights advocates), right-wingers, etc. for so-called “hate speech.”
Amazingly, this is not satire.
From Vox, “YouTube’s CEO says it’s ‘more important than ever’ to let people upload anything they want”:


Can the world’s largest video company continue to let its 2 billion users upload anything they want, whenever they want?
Yes, says the misandric woman who runs that company: