What If The Palestinians Won A Battle And No One Knew?

"The ATS by incorporating the law of nations ...provides a judicially manageable standard to determine whether Israeli [Jewish] settlers are committing genocide.” 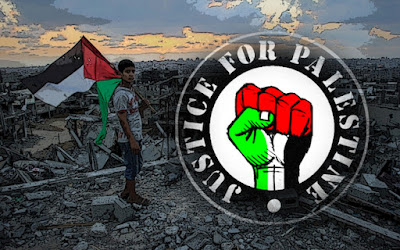 By Eve Mykytyn: There is a lawsuit, Al-Tammimi v. Adelson, that is making its way through the US federal courts. The lawsuit was brought by a group of  Palestinians and Palestinian/Americans asking for damages of 34.5 billion dollars resulting from Israeli settlements in the West Bank including East Jerusalem and the Gaza Strip. The Palestinians claim that the defendants, pro-Israel donors and organizations, banks, contractors working for Israel and deputy National Security Advisor Abrams conspired to expel Non Jews from their land and otherwise harm them.

“When you want to block the message,
you shoot the messenger,” 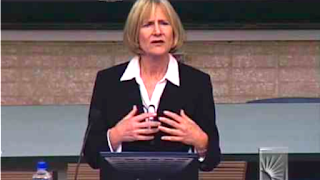 Alison Weir speaks at Case Western Reserve University on the topic of “Israel-Palestine: Beyond the Headlines.”

If Americans Knew: As the Jewish Anti-Defamation League and American Jewish Committee try to shut down activist Alison Weir’s upcoming event at Clovis Community College in Fresno CA, she explains what it is the groups are trying to hide.
Alison Weir, who will be speaking at Clovis Community College on September 18th, says that recent claims against her are intended to block people from learning the truth about Israel-Palestine.
“When you want to block the message, you shoot the messenger,” Weir says.
“Israel advocacy groups like the ADL and American Jewish committee don’t want people to learn the facts I provide in my talks.

Read more »
Posted by Angelo Agathangelou at 1:18 pm No comments: Links to this post

Angelo Agathangelou: I hate the smell of hasbara in the morning. This author, whilst pointing out some facts to decent nationalists, is clearly attempting to blame the poor fleeing Muslims as opposed to blaming the Jewish Lobby's warmongering as the prime cause of the immigrant crisis and has blatantly attacked the demonisation of the genocidal neo-colonialist Jewish terror regime Israel at the centre of all the suffering in the Middle East. Nevertheless there are some interesting facts presented that show just how deep in shit the stinking Jews* have got us Europeans

'It is a false Marxist notion among young people here in Europe that if you are successful or comfortable, it can only have been at the expense of humanity' [Does he mean just like the Jewish Israel terror regime? AA]
Authored by hasbara merchant Giulio 'Zio-Shill' Meotti:
Read more »
Posted by Angelo Agathangelou at 8:27 am No comments: Links to this post 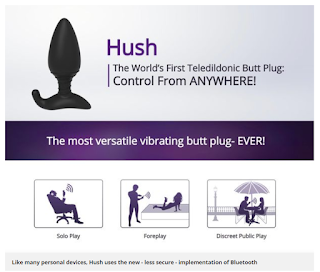 By Tyler Durden: In the Bluetooth and internet-enabled age, sexual assault can now happen from anywhere, at any time. That is, of course, assuming you walk around with an internet-enabled dildo shoved up your ass 24 hours a day.
This phenomenon was recently covered, at length, in a Daily Star article where the subheading is actually, "Security expert showed how easy it is to hack a butt-plug".
Internet-enabled vibrators and sex toys are meant for couples that seek to "spice up their love lives" using what is being called a "new generation of teledildonic devices". We swear, we are not making this up.
Yes, gone are the pesky days of actually having to reach out and touch your partner to stimulate them. In this day and age, who has time for such an archaic act, when fulfilling your relationship sexual duties is now as easy as hitting the Staples "That Was Easy" button? 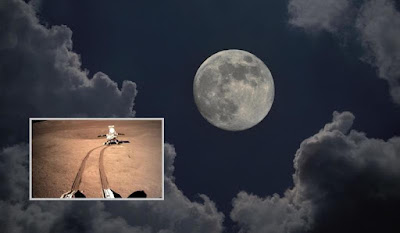 By Tyler Durden: After several months hanging out on the dark side of the Moon, China's Chang'e-4 lunar rover has really stepped in it according to NBC News.
The mission's rover, Yutu-2, came across a "gel-like" substance on its 8th day - which caused scientists to put a full stop on its planned schedule and try to figure out what exactly the goo is.