In Israel, religious extremism has gone unchecked in the educational and military establishments, in top levels of government, and among prominent religious leaders – radicalizing a growing number of Israeli youth and further endangering indigenous Gentiles.
Shmuel Eliyahu, chief rabbi of Safad, who justified the rape of non-Jewish women and advocated genocide in Gaza. 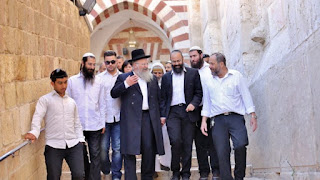 (Photo: Witch Doctor Shmuel Eliyahu ~ More photos here)
By Kathryn Shihadah: When the story broke recently that radical Israeli rabbis were caught calling for the enslavement of non-Jews, it didn’t get much coverage outside the Israeli media and a few blogs, including Mondoweiss and Tikkun Olam.

The End Of White America Is Now Assured

The only question is the fate of the remnants.

By Dr. Paul Craig Roberts: The lack of response by white Americans to their demonization as they decline as a percent of the population demonstrates their lack of concern with their fate.
It seems as if the West is dead in every way. The rule of law is dead throughout the West. Democracy is a scam. There is oligarchic rule.  Everything is done for organized interest groups.  Nothing is done for the people.  Putin just declared: “West’s leading role is ending.”  How right he is.  https://www.rt.com/news/468112-putin-g7-india-china/
The Brookings Institution is not a racist white supremacist outfit.  It is a neoliberal/neoconservative “think tank.”  One of its members, William H. Frey, has authored a report, “Less than Half of U.S. Children Under 15 Are White, Census Shows,” based on the recently released 2018 U.S. Census Bureau report. The information in Frey’s article is fascinating. It shows a disappearing white population. https://www.brookings.edu/research/less-than-half-of-us-children-under-15-are-white-census-shows/
The number of white children, that is, the group of the next generation of parents, is not only   declining relative to the populations of non-whites but also absolutely.  During 2010-2018 the number of white children shrank by 2.2 million.  Overall, the white population of America has declined from 80 percent of the US population in 1980 to 60 percent in 2018.

Robert Mueller - pitched as an incorruptible beacon of justice when he was tasked with (unsuccessfully) hunting down ties between Donald Trump and Russia - was nothing more than a hatchet man for the deep state, who participated in a coverup of not only Israel as we know, but also Saudi Arabia's role in 9/11 according to a new report by the New York Post's Paul Sperry - citing former FBI investigators and a new lawsuit by 9/11 victims. 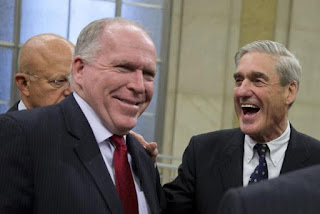 By Tyler Durden: According to Sperry, Mueller stonewalled after FBI agents discovered evidence of "multiple, systemic efforts by the Saudi government to assist the hijackers in the lead-up to the 9/11 attacks," while the former FBI director allegedly "covered up evidence pointing back to the Saudi Embassy and Riyadh — and may have even misled Congress about what he knew."

Read more »
Posted by Angelo Agathangelou at 4:48 pm No comments: Links to this post 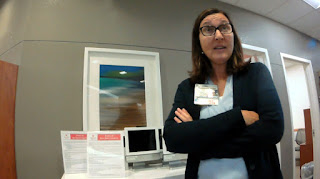 By Gary Costanza: I showed up at the flagship campus of Stony Brook Hospital looking for answers to important questions about some controversial “operations” being done there. See the video below.
I asked for an interview with the “Child Abuse Services” director Dr. Lesley Quinn, and to date she hasn’t called me back. I may have to do an interview in absentia, with me speaking to a cardboard cutout of her, determined to find out how “advanced” their care is of baby boys.
Questions like:
Is all you do here backed by solid science, even elective surgery on newborn babies?
What disease or condition does this surgery treat, being that health care dollars are always at a premium and surgery on newborns is risky and not done willy-nilly, right?
Have you done research on doing this surgery on baby girls, and see if the same benefits can be attained for girls too?
Have you ever thought about how you have a parent sign a consent form for elective surgery for another person, which isn’t really patient consent?