According to the world’s most famous hero whistleblower, he grew to accept that his future would be connected with Russia and now plans his life with that in mind. ...Despite that, he admits that the way people in the US perceive him has softened in recent years.


Read more »
Posted by Angelo Agathangelou at 10:41 pm No comments:

Armageddon On The Horizon?

'The attack on the Saudi oil fields that Trump and the Jewish Israel regime are blaming on Iran is almost certainly an attack by Israel. ...Armageddon is about to unfold
while the world sits stupidly.' 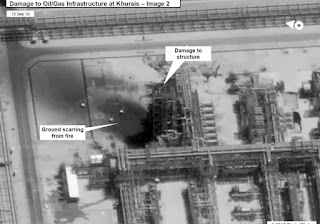 By Dr. Paul Craig Roberts: Trump supporters should let Trump hear from them as he is about to commit the United States to a war of Israel’s choosing.  A mutual defense treaty between the US and Israel would give Israel the ability to commit the US to a war in Israel’s behalf.
Remember history.  It was British prime minister Chamberlain’s guarantee to Poland that started World War II.  The idiot British lost control over their own policy and gave it to a crazed and irresponsible Jewish Polish military dictatorship.

Read more »
Posted by Angelo Agathangelou at 7:32 pm No comments:

High Profile Feminist Report Demonstrates That Its Own Results Are Wrong 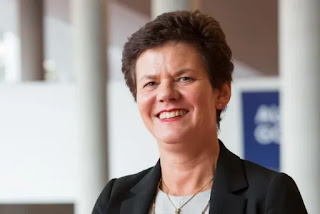 'Disclaimer the report is solely the opinion of its [feminist] authors.
By Robert Brockway: As a result of a report released by international professional services organisation KPMG it has been widely reported in Australian media recently that 39% of the so-called gender pay gap in Australia is a result of gender discrimination. Examples include an article from the government-funded Australian Broadcasting Corporation:

The same article later reiterates this by listing among the key points: 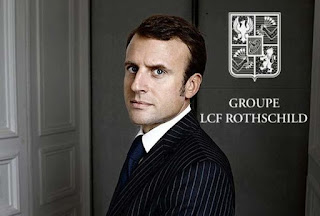 Authored by The Saker: I don’t know whether the supposedly Chinese curse really comes from China, but whether it does or not, we most certainly are cursed with living in some truly interesting times: Iran won the first phase of the “tanker battle” against the AngloZionists, Putin offered to sell Russian hypersonic missiles to Trump (Putin has been trolling western leaders a lot lately) while Alexander Lukashenko took the extreme measure of completely shutting down the border between the Ukraine and Belarus due to the huge influx of weapons and nationalist extremists from the Ukraine. As he put it himself “if weapons fall into the hands of ordinary people and especially nationalist-minded people, wait for terrorism“. He is quite right, of course. Still, there is a sweet irony here, or call it karma if you prefer, but for the Ukronazis who promised their people a visa-free entrance into the EU (for tourism only, and if you have money to spend, but still…), and yet 5 years into that obscene experiment of creating a rabidly russophobic Ukraine and 100 days (or so) into Zelenskii’s presidency, we have the Ukraine’s closest and most supportive neighbor forced to totally shut down its border due to the truly phenomenal toxicity of the Ukrainian society!

Read more »
Posted by Angelo Agathangelou at 12:38 pm No comments:

The World's Most Important Political Prisoner 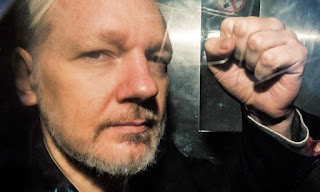 Authored by Craig Murray: We are now just one week away from the end of Julian Assange’s uniquely lengthy imprisonment for bail violation. He will receive parole from the rest of that sentence, but will continued to be imprisoned on remand awaiting his hearing on extradition to the USA – a process which could last several years.
At that point, all the excuses for Assange’s imprisonment which so-called leftists and liberals in the UK have hidden behind will evaporate.

Read more »
Posted by Angelo Agathangelou at 8:37 am No comments:


The facilities are operated by Saudi Aramco, Saudi Arabia's state-owned oil giant, and produce up to 70% of the country's crude oil output.


The Wall Street Journal, quoting "people familiar with the matter," reported that Saudi Arabia is shutting down about half of its oil output following the strikes. The shutdown would amount to a loss of about 5 million barrels a day or roughly 5% of the world's daily production of crude oil, the Journal said. 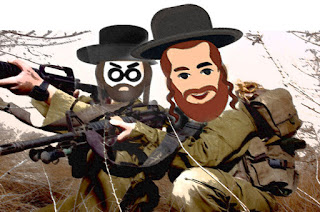 By ex-Jew Gilad Atzmon: Now would be the correct time for Ali Abunimah, JVP,  & CO to form an orderly queue to issue their deep and sincere apology to me. Since the early 2000s my detractors within the so called Jewish ‘Left’ together with  their sometime stooges, have been harassing me, my publishers and my readers for pointing out that Zionism is an obsolete concept with little meaning for Israel, Israelis  and their politics let alone the conflict that has been destroying the Eastern Mediterranean region

In my 2011 book The Wandering Who, I argue that “Since Israel defines itself openly as the ‘Jewish State’, we should ask what the notions of ’Judaism’, ‘Jewishness’, ‘Jewish culture’ and ‘Jewish ideology’ stand for.” Just before the publication of the book I was urged by both JVP’s leader and Ali Abunimah to drop the J-Word and focus solely on Zionism. In Britain, a gang of so called ‘anti’ Zionist Jews relentlessly terrorised my publisher and promoters. Funny, most of these authoritarian tribals who worked 24/7 to silence me have been expelled from the British Labour Party for alleged anti-Semitism. Now, they promote the ideal of ‘freedom of speech.’
Read more »
Posted by Angelo Agathangelou at 12:48 am No comments: