Jewish Massacres Of Gentiles: A Brief And Shocking History

Jewish Israeli massacres, many including child victims, span 70 years – millions of Gentile lives snuffed out in the pursuit of
a Jewish State. 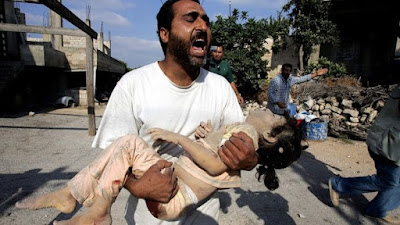 Gentile child killed in the Qana massacre, in an air strike carried out by the Jewish Israeli Attack Force (IAF) on a three-story building, during the 2006 Lebanon 'War'. 28 civilians were killed, of which 16 were little children and babies, all males over the age of 12 counted as terrorists regardless and unaccounted for.
By Philip Weiss: It would be nice to think that, as an Israeli officer once put it, “This time we went too far” — that the killings of 17 unarmed protesters in Gaza by Israeli riflers across a security fence on Friday would cause the world to sanction Israel for its conduct.
Read more »
Posted by Angelo Agathangelou at 10:02 pm No comments: Links to this post

Gary Costanza
Posted by Angelo Agathangelou at 6:45 pm No comments: Links to this post

They “don’t give a shit about you
even in the slightest"... 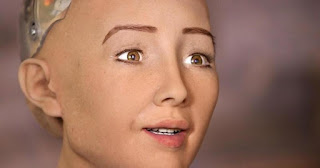 Authored by Paul Joseph Watson: AI expert Geordie Rose says that tech developers are summoning “entities” into existence which will have the same indifference to humans as we have towards ants.

He then mentioned Elon Musk’s concerns about artificial intelligence taking over humanity, but cautioned that the word “demons” doesn’t even capture the true scope of what will happen.
Rose then cited H.P Lovecraft’s concept of “cosmic indifference,” where the universe is occupied by entities who “don’t give a shit about you even in the slightest.”

How To Defeat The Empire

'A decentralized guerrilla psywar against the institutions which enable the powerful to manipulate the way ordinary people think, act and vote. ...People will never rebel against a system while they’re being successfully propagandized not to.
It will never, ever happen.' 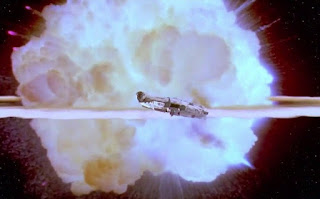 By Caitlin Johnstone: One of the biggest and most consistent challenges of my young career so far has been finding ways to talk about solutions to our predicament in a way that people will truly hear. I talk about these solutions constantly, and some readers definitely get it, but others will see me going on and on about a grassroots revolution against the establishment narrative control machine and then say “Okay, but what do we do?” or “You talk about problems but never offer any solutions!”

Now Twitter is just as corrupt (propaganda-organization)
as Google and Facebook and MSNBC and CNN and Fox and the Washington Post and The Atlantic and The BBC and all the rest. 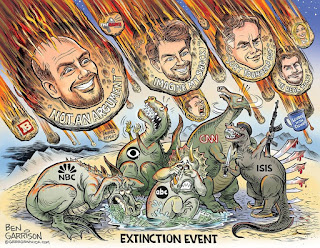 By Eric Zuesse: Caitlin Johnstone nailed it, on September 12th, under the headline “Have You Noticed How Social Media Purges Always Align With The US Empire?” and she opened:
Twitter has suspended multiple large Cuban media accounts for reasons the social media platform has yet to explain as of this writing, a move which journalist Dan Cohen has described as “the equivalent of silencing CNN, Fox, WaPo and NPR’s accounts” for that nation. The Union of Cuban Journalists has denounced the move as censorship.

Read more »
Posted by Angelo Agathangelou at 1:04 am No comments: Links to this post