Jewish Israel Is Not A Democracy, It's An Apartheid State

Racism was part of the birth of the Jewish Israel regime; apartheid is part of its fabric. Nelson Mandela agreed.
Palestinians struggle for equality. 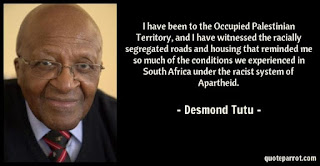 “The discrimination faced by Palestinians in Israel is not illegal, informal, unofficial or improvised. It is systematic, institutional, structural and extensively codified, satisfying very precisely the definition of apartheid in International Law and echoing the key features of South African apartheid’.
By Faisal Khan: I was inspired to write this article in light of recent political events in Britain. For some time there has been an Anti-Semitism in the Labour party ‘scandal’ which has intensified in recent months after Labour’s strong showing at the last General election under Jeremy Corbyn. There have been near-daily press reports accusing Jeremy Corbyn of Anti-Semitism, and he has put under a level of pressure that we have rarely seen in British Politics.
Read more »
Posted by Angelo Agathangelou at 8:56 pm No comments: Links to this post 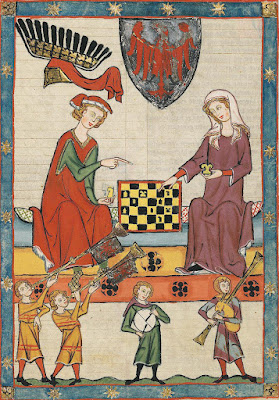 By Author Douglas Galbi: Returning triumphantly from leading the Huns in savage battle, Walter of Aquitaine entered the chamber of King Attila the Hun. There he met Hildegund of Burgundy. She was the beautiful young woman to whom he had been betrothed from childhood. Attila the Hun had taken both Hildegund and Walter from their parents as hostages. Alone in the king’s chamber, they embraced and enjoyed sweet kisses.
Hildegund administered the kingdom on behalf of Attila’s wife Ospirin. But Walter was no boot-licking General Belisarius. With manly self-assertion he said to Hildegund after his exhausting martial work:


Swiftly bring me here drink! I am tired and out of breath.
{ Ocius huc potum ferto, quia fessus anhelo. } [1]

Read more »
Posted by Angelo Agathangelou at 4:29 pm No comments: Links to this post

On Jewish Criticism Of Palestinian Resistance

“It takes chutzpah to complain about
the form of resistance employed by
the people you are oppressing.”
By Eve Mykytyn: The Oxford definition of ‘terrorism’  is: “the unlawful use of violence and intimidation, especially against civilians, in the pursuit of political aims.”    Although the term could apply to the belligerents in many wars, the term ‘terrorism’ takes on its everyday meaning when violence is perpetuated by the weak in resistance to the powerful. 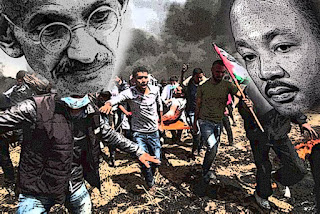 What other form of resistance is available to an oppressed people?  One does not have to search hard to find a Jewish source begging for the peaceful resistance of a Palestinian Gandhi or King.
The request itself is odd, it invites a comparison to the conditions Gandhi and King fought, and is an implicit, although perhaps unintended,  admission that Israel represents another oppressive racist regime.
Read more »
Posted by Angelo Agathangelou at 1:23 pm No comments: Links to this post

Logic
Read more »
Posted by Angelo Agathangelou at 10:15 am Links to this post

"Most of them are Jews. ...A fraud on boys, parents and government, ...knowingly false!"
Bonobo3D: ABSTRACT It is good for health to have all living tissue and functional parts of one’s body attached, including the foreskin of the penis, which is erogenous and facilitates comfortable sexual intercourse.

Women Admit That Marriage Is Prostitution

...and they like it that way.
StudioBrule
Posted by Angelo Agathangelou at 3:49 am No comments: Links to this post

The Only Jewish Ghetto In The Middle East

'Israel, that was born to emancipate the Jews from diaspora conditions, to replace the Jewish ghetto and to eradicate the ghetto mentality, didn’t just fail in its mission: it has matured into the epitome of a ghetto.' 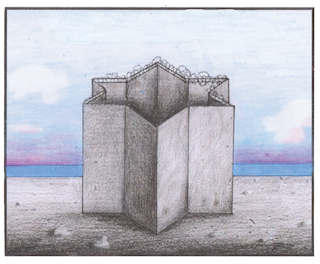 By ex-Jew Gilad Atzmon: The results from Tuesday’s Israeli elections have confirmed what many of us have known for a long while.  The Jewish state is an ultra nationalist right wing swamp. Israel is more hawkish than more hawkish than ever. There is not a single Jewish Israeli Left wing party. The Democratic Party is led and mentored by a war criminal. What is left of Israel’s Labour Party has very little to do with peace, harmony and reconciliation. In fact, that Party is also led by a person wanted for war crimes.

Read more »
Posted by Angelo Agathangelou at 12:24 am No comments: Links to this post