Watch Tulsi Wipe The Floor With A Well-Known Chicken Hawk 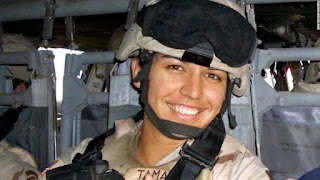 "You're turning my words around!"
By Tyler Durden: Let's face it: despite one notable exception at Fox, Tucker Carlson, the conservative network remains stacked with neo-con-artist 'war hawk' pundits — especially when it comes to Washington's longtime arch-villain Iran. Almost two decades after 9/11, and after the rise of ISIS — both long documented to have had the hidden hand of Saudi state Wahhabism behind them  — the US hawks still insist Tehran is the real global threat while "Riyadh is our friend".
Which is why it was so refreshing this week to see the thorn in the establishment Democratic presidential nominee Tulsi Gabbard so expertly and with ease dismantle Fox's remnant neo-con-artist talking points on Iran. As we've covered many times before, what makes her non-interventionist and anti regime change arguments so effective is that she herself has "skin in the game" — to use Taleb — as an Iraq War veteran and current Army reserve officer. She appeared on Fox where longtime anchor Neil Cavuto sought to skewer her recent biting criticisms of the Trump administration for acting like "Saudi Arabia's bitch" and not with "America first" in mind (a US foreign policy trend spanning administrations over decades).

Independent Man:
Learn how YouTube sets about destroying creators channels and what I'm doing about it.
Posted by Angelo Agathangelou at 4:28 pm No comments: Links to this post

Ben Hunt: Prepare To Get Burned

Society is pretending its actions don't have consequences.
It's badly mistaken... 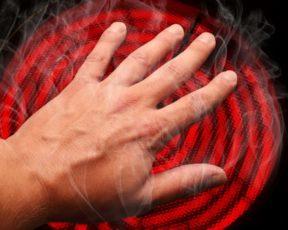 Authored by Adam Taggart: History teaches us that there is no free lunch, reminds Dr. Ben Hunt, publisher of EpsilonTheory.com.
And science informs us that even the most simple systems become nearly impossible to predict or control with 100% precision as time and variables change.
But our society today is ignoring these lessons. It’s betting that the increasingly excessive distortions required to keep the status quo continuing will succeed, and come at no cost.
That’s a losing bet, warns Hunt:


Society burns itself on a really hot stove every three or four generations.
I think we’re at that point where the Millennials coming of age who are having to wrestle with what the Baby Boomers have done to the world. They’re going to end up burning themselves on this hot stove. The hot stove of looking to government as the answer for everything that ails you.

Read more »
Posted by Angelo Agathangelou at 10:25 am No comments: Links to this post

America: A Land Without Truth

'The pile of lies that constitutes American awareness is very high. Indeed, it is as high as the hundred-story twin towers: the lies about Gaddafi and Libya, Saddam Hussein’s “weapons of mass destruction,” “Assad’s use of chemical weapons,” the Taliban, Osama bin Laden, Yemen, Pakistan, China, Russian invasions, World War II, World War I, Vietnam War, overthrows of Latin American governments, Ukraine, Spanish/American war, and on, and on.' 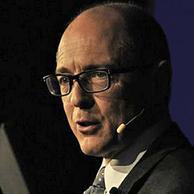 By Dr. Paul Craig Roberts: It has been 17 days since a four-year study of the collapse of World Trade Center Building 7 by civil engineers was made available to the media.  The study concluded that fire was not the cause of the collapse of the 47-story building.  The study also concluded that “the collapse of WTC 7 was a global failure involving the near-simultaneous failure of every column in the building.”  http://stgeorgewest.blogspot.com/2019/09/the-official-us-government-story-for-18.html
In other words, the study concludes that the building was intentionally destroyed by controlled demolition.