On The Jews v The Liberty To Teach, Pursue And Discuss Knowledge Without Restriction

'It takes years to build academic institutions, departments, libraries and research facilities.
Apparently, it takes one determined lobby to ruin the future of American scholarship.' 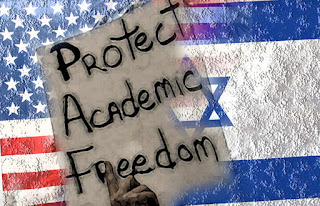 By Gilad Atzmon: It didn’t  take long for the American Administration to crudely interfere with an open society’s most sacred ethos, that of academic freedom.  We learned this weekend that the US Department of Education has ordered Duke University and the University of North Carolina at Chapel Hill to remake their joint Middle East studies program after concluding that they were offering students “a biased curriculum that, among other complaints, did not present enough “positive” imagery of Judaism and Christianity in the region.”
'In Britain, France, Germany and other European countries, intellectuals, artists, politicians, party members and ordinary citizens are constantly harassed by a few powerful Jewish pressure groups.'
Read more »
Posted by Angelo Agathangelou at 8:22 pm No comments: Links to this post

By Dr. Paul Craig Roberts: The warriors who conducted this drone strike from a safe distance in the U.S. without any danger to themselves other than their moral conscience if they have one are henceforth “heroes.”  “Thank you for your service.”
The majority of the people killed by the US military in Washington’s 21st century wars for Israel and the military/security complex’s profits have been women, children, village elders, weddings, funerals, children’s soccer games, and male farm workers. But this is merely the collateral damage of bringing democracy and the American way to the oppressed.
Everytime I go through the Atlanta airport I am subjected to endless recordings thanking our service persons for their service, and informing the rest of us that enlisted military persons will be first to board.  Service to who? How is someone serving the profits of the military/security complex and the Jewish state of Israel a hero?  Our “heros” are lowly paid mercenaries serving evil. Thanking them for their service is like thanking Satan for his evil.

Read more »
Posted by Angelo Agathangelou at 4:53 pm Links to this post

“My son was killed in cold blood. Israel let him bleed until he died. I don’t know why.” 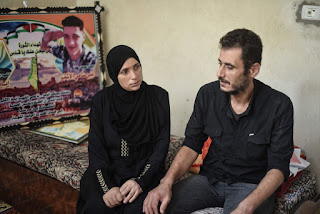 Ali al-Ashqar's parents, in deep shock, are devastated that the Jewish terror regime made it impossible for medics to treat their child.
By Sarah Algherbawi: Ali al-Ashqar had just thrown one stone when he was shot. The 17-year-old immediately fell to the ground.
Nabil Masoud had been standing nearby. Along with two medics, he rushed to try and help Ali.
“But the Israeli sniper started shooting toward anyone who got close to the child,” said Masoud. “For around 17 minutes, no one was able to reach Ali. It was clear that the [Jewish] Israeli soldier wanted the [Gentile] child to bleed until he died. And that is what actually happened.”

'Feminist Justin Trudeau the supposed embodiment of liberal virtue and human rights is [like most grifting high profile feminists]
a pathetic fraud.' 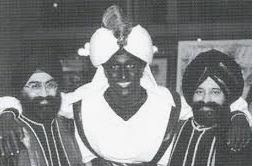 By Finian Cunningham: Feminist Canadian premier Justin 'The Black & White Minstral' Trudeau has had to prostrate himself with groveling apologies for past “racist behavior” when, as a younger man, he showed a penchant for donning turbans and skin-darkening make-up for school galas.
Fair enough, the feminist self-proclaimed champion of “liberal values” should be subjected to a bit of public pillorying given that his youthful minstrel days of imitating people of color flatly contradict his more recent years of virtue-signaling.
Since Trudeau (47) was elected as prime minister in 2015, he has made a big deal about promoting human rights as well as gender and ethnic equality. On international relations, he talks about Canada having a “feminist foreign policy.”

These days, millions upon millions of us are spending countless hours in this “virtual world” that we have created, and that is preventing many of us from understanding what is really going on in “the real world” 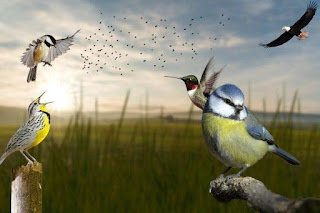 Authored by Michael Snyder: All around us, our world is literally in a state of collapse, but most people don’t seem to care.  I spend much of my time writing about the inevitable collapse of our economic and financial systems, but they are only one part of the story.
These days, millions upon millions of us are spending countless hours in this “virtual world” that we have created, and that is preventing many of us from understanding what is really going on in “the real world”.  Where I live, I can literally keep the doors wide open for hours without worrying about bugs coming in, because insect populations are disappearing at a pace that is frightening.  They are calling it “the insect apocalypse”, and some scientists are warning that they could all be gone in 100 years.  And this dramatic decline in the insect population is one of the main reasons why North America’s bird population is collapsing.